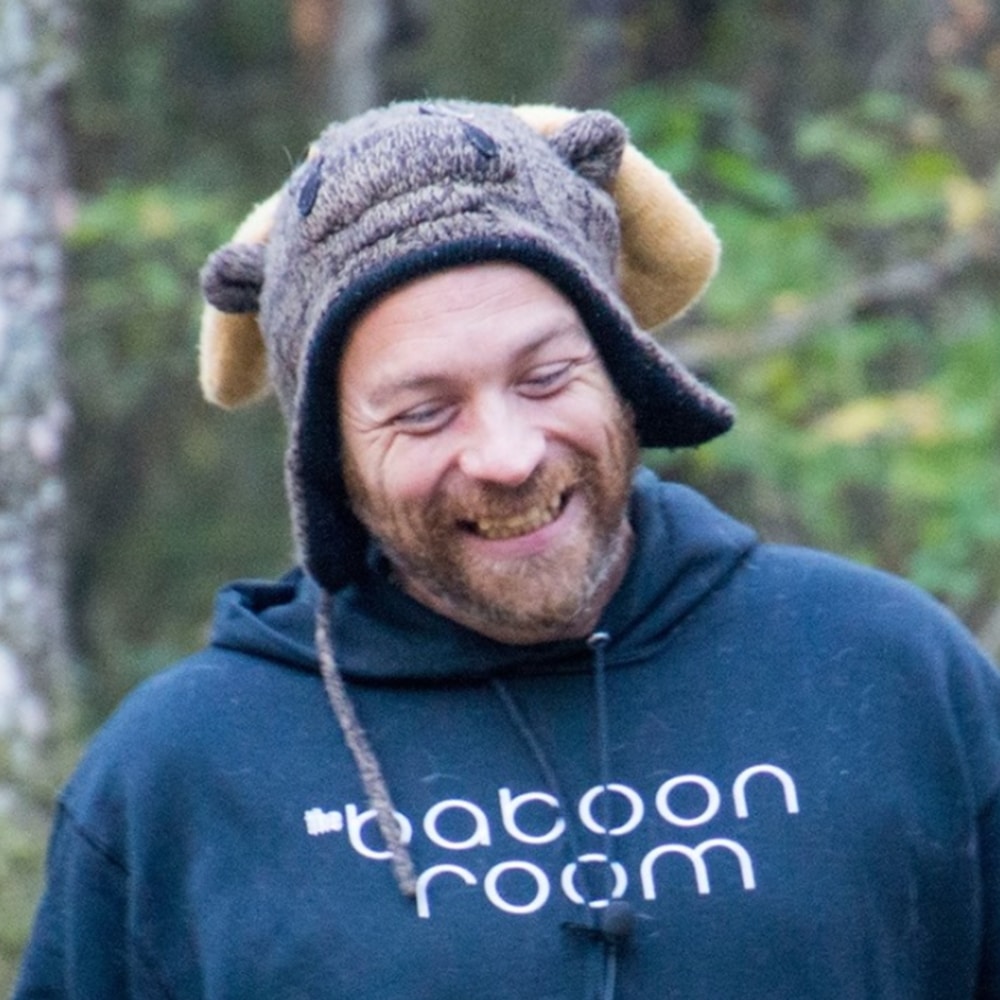 I was born in Yellowknife, where community is a given because it’s out at the end of the road in the far Canadian north. I learned FOREX and trading as a musician because there was no way I would ever be able to contribute to my family’s retirement fund doing what I was doing. This prepared me for the 2016/17 crypto season as my first exposure to the space, where I turned $200 into $30,000, which was considerably more than I made as a musician per year.

Throughout this time I’d been listening to every episode of the Tim Ferris podcast about high performers, focused on business and technology, as well as every episode of the Ted Radio Hour and most of Gary Vee. Long story short,  I’ve been preparing to found a company by ingesting literally everything I could for at least half a decade.

I’d been doing podcasting for 4 years before my partner, Greg, and I decided to try interviewing people in Minecraft. This became the server that everyone now knows as Old World. The site of the Cathedral 1.0 is where it all started. Our friend, Bob, created the first Gratitude Monument there, which stands to this day, centered on the rising sun through the front of the cathedral.

At the time I was also volunteering to do promotions and community outreach for a social media startup called Chirp. I spent my time interviewing people in crypto and then NFTs, and this was basically a crash course in learning that all of the technologies to create what we now know of as THE UPLIFT were basically sitting there waiting to be duct taped together. So, I put a team of people together, grabbed said duct tape, and we did.

By far the biggest risk I’ve ever taken is this one I’m taking now. Everything I own is going into securing the Uplift so it can see a future with a chance to thrive.

But what is The Uplift? Adaptable economics. Human focused. Centered around creating more and more network effect (connect communities together). It means we have a real shot to make a 1.0 version of Ready Player One centered around the principles of COMMUNITY and GRATITUDE instead of greed. It means friends, families, and businesses can connect with a sense of PLACENESS and build those connections up contextually over time. It means we can encode our shared history into a digital strata that you can visit by walking through it years later. (I suspect this is the big one every time I visit Cathedral 1.0.)

The Uplift is built on blockchain because you can own what you play with. This, ultimately, is the only reason it can exist as it does as all.

Proof Of Play beats environmentally unsound Proof Of Work any day 😉  I have been a staunch supporter of UBI since I first started reading about it. The government will take too long. Automation will come too fast. So… keep this on the DL but… I figured, fuck it, let’s start building a version of our own.

The Uplift of the future is an expanding metaverse that is multi-chain, multi-platform (not just Minecraft), 4-dimensional Spotify/Ebay for everything from NFTs to sneakers, with thousands of games/quests, thousands of interconnected tokens and DAOs.

Return to the team page