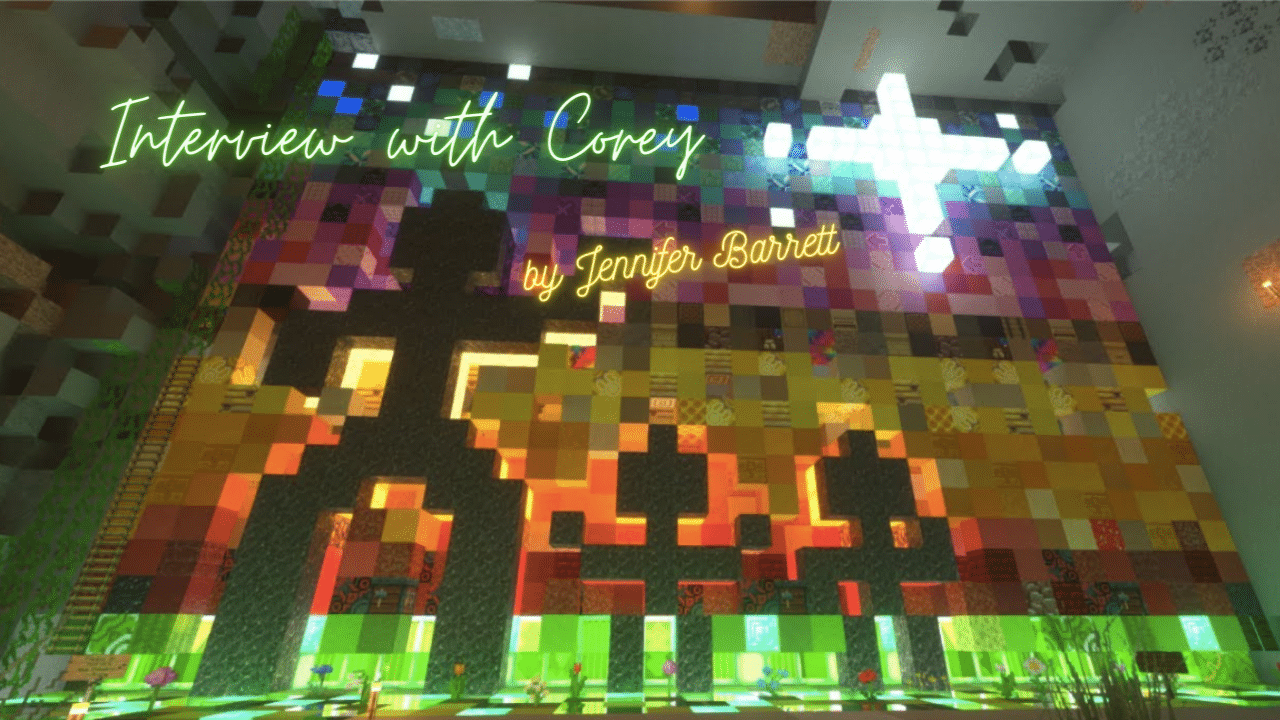 For Corey Cottrell, the story of The Uplift.World began with the sun rising over a bout of clinical depression.

“I decided, well, I’m gonna go out to the beach and meet the sunrise each morning and list some things I’m grateful for. And we started doing it (in the world) in the Cathedral 1.0… and it turned into a metaverse.”

“I’ve never been a fan of the paradigms that people take for granted,” said Corey. “I’m fond of the move fast and break things.” He believes that any way we are living needs to be firmly tested. Do you actually need it?

The Uplift.World is a metaverse built on gratitude, kindness, community, and creativity. A built-in rewards system with 2.3 million $WAXP (and constantly growing) to pay people for playing and owning land in the metaverse, an approachable Minecraft base, and the addition of non-fungible tokens (NFTs) as keys for ownership has attracted the attention of a diverse group of people. It sprung into being rather suddenly a few months ago, from humble beginnings of a Minecraft server where a small group of people met in the world every Sunday for a gratitude ceremony and to greet the sunrise.

It is now full of crypto community players with early access, and thriving groups on multiple social platforms full of people wanting to know more and become more involved. It has managed to attract people who are new to cryptocurrency, people who are new to Minecraft, and people who don’t understand the security of NFTs well enough to trust the system, as well as people who are familiar with all of those.

To start at the beginning, for the people who are new to cryptocurrency, a brief explanation:

The blockchain can be composed of tens of thousands of computers. A block is a collection of data obtained over a specific amount of time. All of the top producers have to agree to verify that the block is accurate when it is done. Having so many entities agree means that it is very, very secure and accurate.

NFTs are different from cryptocurrencies because they can include things like audio, video, keys to own land in a game, art, and many other uses. The most secure NFTs, such as the ones created for The Uplift.World, are stored in the interplanetary file system (IPFS), which is to NFT data what blockchain is to cryptocurrency data – it is a network of multiple servers all hosting the NFT data simultaneously. One server can go down, or two or three or 20, but your data will remain unaffected because it is hosted in many places at once. NFTs minted with an IPFS code get their media content (data, images, audio) distributed across all of the IPFS servers.

For the people who are new to Minecraft, it is a three-dimensional world-building game where you craft objects and items by first collecting resources through mining and then combining them at a crafting table. You then use your crafted and mined items for building whatever you want, including things with basic electrical (redstone) systems. It has been around since 2011 and spawned the genre of crafting games.

The Uplift.World is a growing metaverse. It is a three-dimensional place that exists online where you can do things with people. You can own NFTs that are keys to your land or rail plots, build things on your land, and soon you will be able to earn cryptocurrency rewards for traveling to other players’ lands, using the roads and rails, and the land owners will also earn every time you visit.

Convincing people to adopt this new synergy of Minecraft, cryptocurrency, and NFT technology is where Corey comes in. “I look for the ‘Oh shit, this is real!’ moment,” like seeing Shipple, the cryptocurrency he created, in a wallet alongside other cryptocurrencies. He is excited by “building or finding ways to get people to intersect with that holy shit moment.”

Burning Ma’am, the first NFT event in The Uplift.World, was a “Holy shit, this is real!” moment. Burning Ma’am was built as a community project in the world with the intention of auctioning an NFT for access to the burn button to “burn down the Ma’am.” Having NFT access means if you own the NFT, you’re the boss of that area. Corey said that the buzz generated on Twitter before the event caught the attention of Kenn Bozak, one of the major players in the NFT scene. He said he wanted to buy the NFT so that he could show up to the event… and NOT push the burn button. Of course, this generated an uproar. Everyone started talking about how to make him do it, but Corey said no. That’s not how it works. If he won the auction, he would own the land in the world from the bedrock to the sky.

The Uplift.World was still a developing concept, and the event showed the investors that using NFTs as keys to ownership in game was possible. All of the money from the auction went to charity. Burning Ma’am was done in partnership with Uplift.Art, a business that produces multimedia art NFTs and donates 50% of all profits to Haitian Roots, an organization that builds schools in Haiti. It is known as the win win win business model – art NFTs are created and sold. Fifty percent of all profits go to charity first, before the rest is split between the business and the artists.

“I believe it will expand quickly, if not exponentially, because we’ve seen the beginning parts of the exponential curve of that already with the early adopters,” Corey said. By just attaching Minecraft to NFTs, they’ve shown it can be done. He said the focus was on art because that’s what they started with via Uplift.Art. “When you see someone spend a couple thousand dollars on art on a Minecraft server, it causes people to have belief,” he said. People will wonder, he said, if you can trust enough in the ownership capacity to live up to that belief.

“Belief causes pressure to make it real,” he said.

*Cover image of a build done by Jennifer Barratt in Center City of theUplift.World