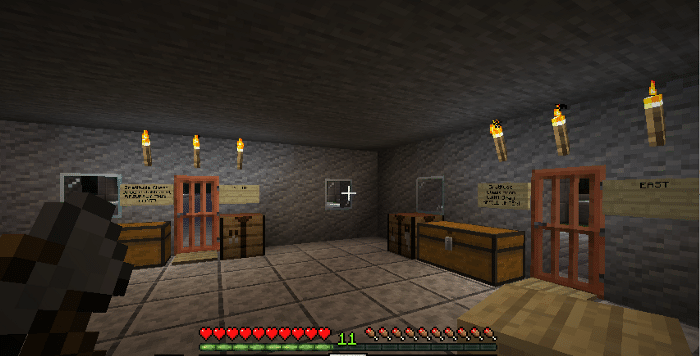 As noted in Center City, Where theUplift.World Metaverse all began, the Uplift World is fast becoming the new standard for what it means to be a metaverse in this new paradigm that is the present collision of porting online with a preference towards blockchain enabled technology. In this piece then, let us dive into yet another portion of the Uplift World to shed light upon what fascinating things are presently going on and are yet to come.

The newest of theUplift.World server worlds to be opened up is Londom. This is a survival world and the one and only community map in its entirety at present. Simply stated, the difference between this world and the other lands such as Gratitude and Genesis is that to begin these other worlds, there were some projects that were invited in to build and begin the process of findng a place for their communities.

In fact, the only way to actually get land in Londom at this point is to have the special combination of Gratitude Genesis NFT’s alongside some rail plots in your wallet.

When you first enter into this or any of theuplift.world server maps, you will arrive at a specialized spawn point in the center of the map. For the Londom sector actually, the spawn point is quite useful. Appearing in the middle of the room with 4 doors and some windows, 4 chests, and a couple crafting tables, new players are able to access all that they may need to get to their Rail and Land plots.

This is important because in this survival world there may be far off reaches that will require players to eat for energy and potentially even ward off mobs should it happen to be night. It would be greatly appreciated for people to only take what they need and hopefully at some point replenish the stash in an effort to keep those new to gratitude in the best possible impression of the initial Londom experience.

For those completely new to theUplift.World or Minecraft experience, more resources will be procured along the way explaining more things about how you can get into the game, unbox your Rail or Land Keys (when available), find the in game plot these are attached to, and even get on your way to procuring some useful resources and builds from the plots that you have through Keys in your WAX wallet access to develop in the very near future. That said, for those specifically wondering how they may go about dealing with the latest Rail Keys which may land you randomly in either the Genesis or the Londom sector of The Uplift World, be sure to check out this great video on theUpLifters YouTube channel by Uplift Greg explaining the process.