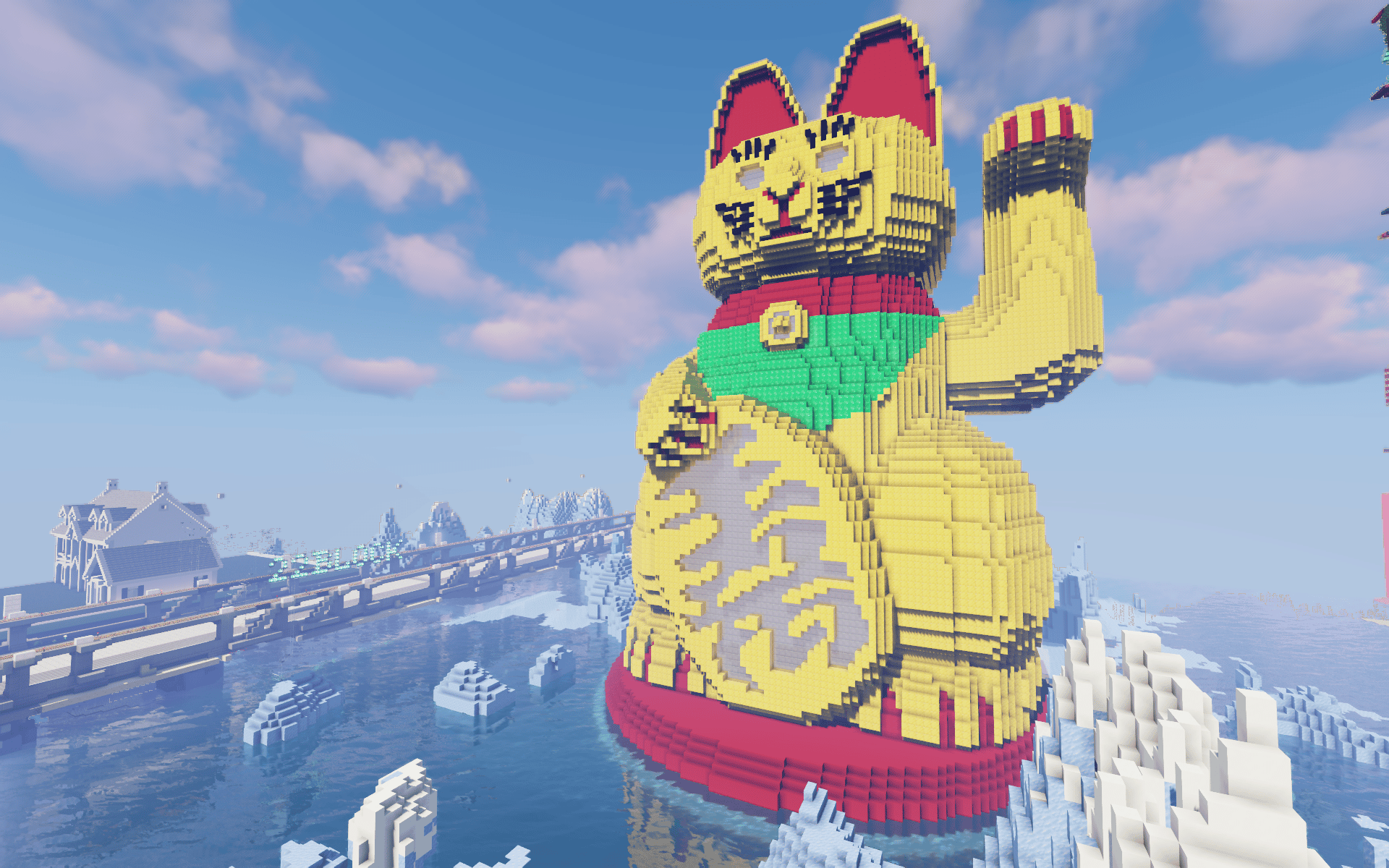 The Golden Maneki-Neko of Genesis

“The ‘Chinese waving cat’ is well-known—visually, at least. This kitsch, often gold ornament is ubiquitous in Chinatowns and Asian stores around the world, but these cute little statues aren’t Chinese at all: They’re Japanese.

Named maneki-neko in Japanese (literally ‘beckoning cat’), the figurine—true to its name and contrary to popular belief—is not actually waving. In Japan, unlike in Western cultures, the way to beckon someone over to you is palm forward, fingers pointing down.

With a raised paw, pointy red ears, and coins and other accessories, maneki-neko have been bringing in luck and prosperity for centuries—and while the iconic statutes have varied origin stories, they all begin in Japan.”

The Fascinating History Behind the Popular ‘Waving Lucky Cat’

As tales often are, there are a few tales of how the maneki-neko first appeared and gained its status during the Edo period of Japan (17th to mid-19th century) as a lucky omen before spreading throughout Asia cultures where it can still be seen today.

Located at 2600, 350 in Genesis, this golden maneki-neko is impressive on multiple levels.  Towering above all else around, this incredibly detailed golden variant of the ‘Fortune Cat’ showcases some impressive building skills when it comes to nailing realistic proportions and iconography in the metaverse.

Despite there being many versions of the Meneki-Neko all specialized to the beckoning of differing things beyond the golden one featured above, the attributes of this one are pretty perfect for the role it plays in the metaverse.  Towering high above everything around, glittering in its shiny coloration throughout all hours of the clock, and beckoning all to come up close and personal for a visit thereby enticing the good fortune of the plot owner of being actively rewarded, the nuance really couldn’t be more perfect.  In the end, it is definitely a build on multiple levels worth checking out, so please to head on over to marvel at all that was involved at brining this amazing creation to life for all to experience and help keep the prophesy of the maneko-neko true to its historical and cultural record.

As for all of you joining us here today, thank you so much for tuning in and keeping up to date with all the amazing things that are coming out of this amazing community of ours.  And should any of you happen to have any events, galleries, interactive, or even culturally inspired build that you think people would enjoy hearing about, don’t be shy and get in touch with Jimmy D on Telegram, Twitter, or Discord and we will be sure to figure out how we can get them up here for all to see right here on WhereWeHideAllTheAlpha.com for all to enjoy and engage with.