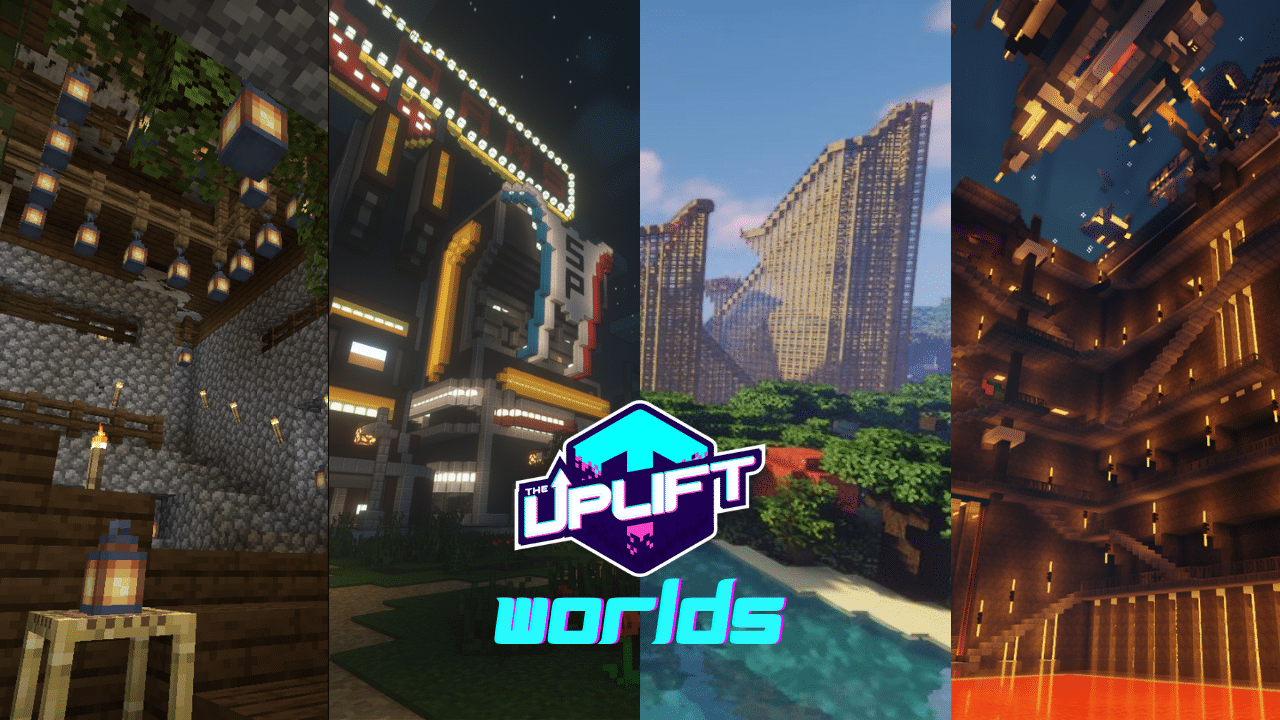 Through the Looking Glass into the Uplift Metaverse Worlds

Despite what our jaded time soaked crypto memories tell us, it really has not been all that long since this mission to open and bring people into theUplift.World Metaverse began.  In that short time however, so much has transpired that we thought it pertinent to throw out an update showcasing the basics of all these various worlds for both  UpliftWorld guppies and long time hodl info followers alike.

Survival of the Fittest vs Creativity of the Brightest

A number of servers make up The Uplift World Metaverse.  At present, all these servers plug into one of two realms: creative and survival.

The biggest distinctions between creative and survival are the gameplay and the ability to procure resources.

Creative Worlds were designed with the idea that people just like to build cool things without having to worry about dying, procuring resources, or any of that other stuff that might hinder just getting in there throwing blocks down with the brightest visionaries out there.  Some general points about the creative worlds are as follows:

Survival Worlds are those worlds that have kept the basic attributes of the Minecraft survival gameplay.  Although there are some minor differences between survival sectors at present, for the most part survival servers have the following attributes:

Of course there are other finer distinctions such as types of biomes, rail and spawn designs, and most importantly the kinds of people who are in world building and the communities they have formed, but as far as a basic crash course of current creative and survival worlds presently available to Uplift World mataverse goers, cue the credits, get in there to those that seem to speak to you most, and let the good times roll.

Official Links & Places to Learn More About The Uplift World