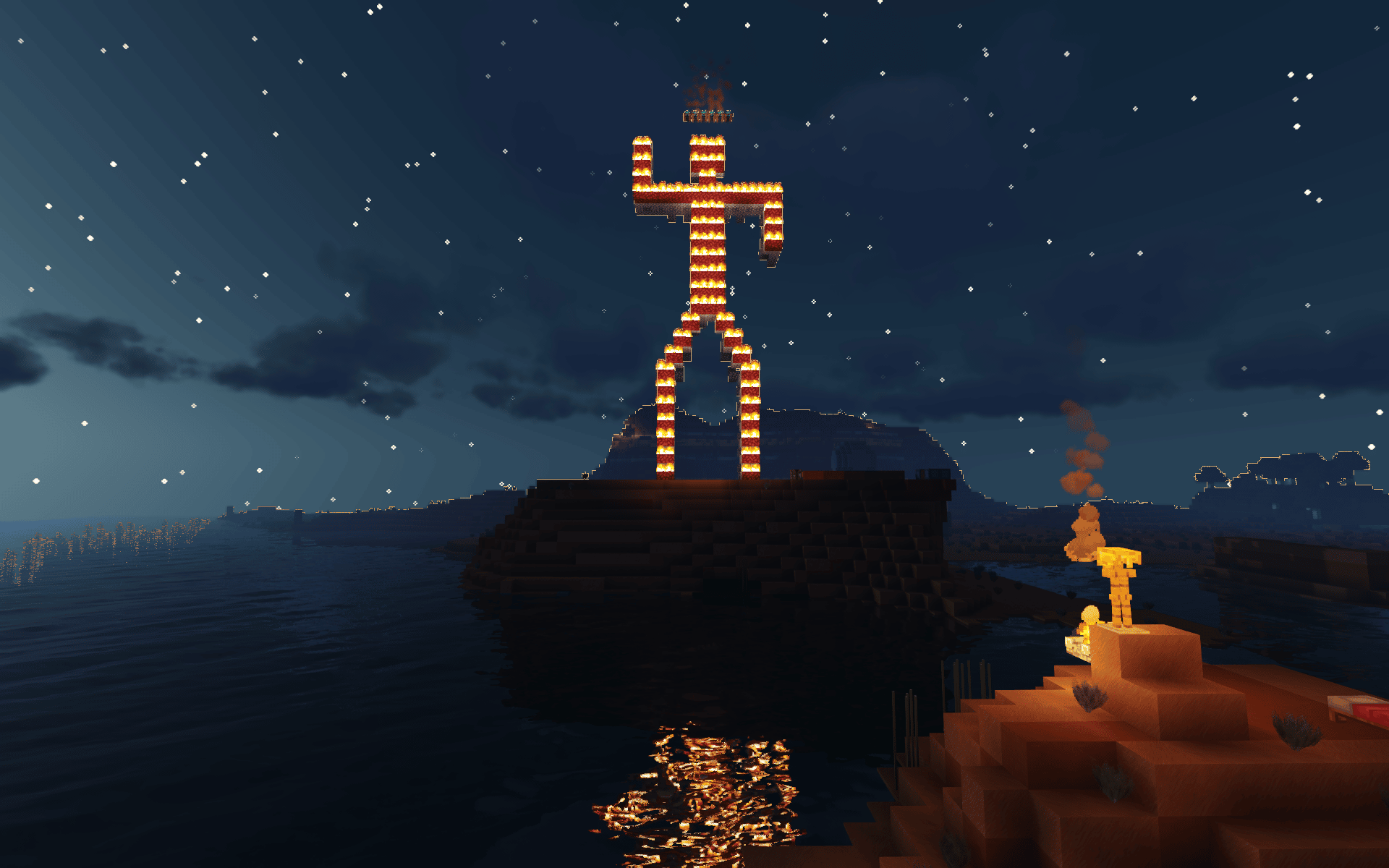 One year ago today marks a very special day in Uplift World history.  Where the story begins is difficult, as quite literally depends upon who is telling the tale.  Honestly though, the when matters much less than  the how or the why.  A throwback in a variety of peoples timelines, we here at The Uplift World just wanted to take some time to reflect on some of the events that sparked the fire of what this metaverse has become.

For most Corey Cottrell’s love of coffee is so well known, that everyone who plays theUpLifters trivia game will sigh at the easiness of the question ‘What is The Uplift World founder Corey Cottrell’s favorite drink?’  #Coffee however was an early show put together by friends Corey and Greg, who you all know now as the Mayor of Chik’in Ka’ah, Uplift Greg.  The show was about a variety of things, but what you now know as the weekly Gratitude Ceremony was maybe one of the most important cogs in the wheel of what this metaverse with its focus on Gratitudes has come to represent.

Corey loved music, played music, and was good enough to make an decent career out of it playing live daily shows, until that virus which doth not be named, for better or worse, threw a wrench into that whole part of his life.

Something about blockchain spoke to mBlu early on.  Eventually he just became enthralled and started doing media coverage on his very own YouTube channel. This led to a multitude of ideas, but primarily, he wanted to bring transparency to charity and do so by putting it on the blockchain.

Seeing the power in the vision of mBlu to bring charity to the blockchain, a group of rag tag enthusiasts decided to jump into the fray and see what they could do to put the wheels in motion and try just maybe, to make the world a bit better of a place.  Much inspiration was drawn from mBlu’s personal experiences visiting Haiti and a lot of thought went into how the potential of what blockchain had to offer could aid in the mission of philanthropy.  So many people in this early phase with lot’s of trial and error, learning, and productive starts to what would come later, it would be impossible to mention them all.  Worth noting however, something about what mBlu was proposing really spoke to Jimmy D, and he’s been hanging around ever since.

Putting charity on the blockchain is actually a lot harder than you would think.  In retrospect, it should be no surprise that to do anything like this would be difficult even in the best of times, but with the state of regulatory clarity, or rather almost no clarity around how crypto and blockchain were/are treated in various jurisdictions, many otherwise great ideas were simply ground to a halt.  Add to that the pandemic and the lockdowns that ensued, many of us in the space utilized the time as best we could for productive means.

One of the things mBlu had been active with during this time was creating some rather interesting art, much of which in fact came out of family art time.  Also being a musician and utilizing blockchain platforms like Emanate for some of his music, it was only natural that the idea dawned upon him to put the two together and create the first ever NFT music video.  Diligently he worked away creating the art and music to finally release his first ever WAX based NFT masterpiece My Bitcoin Bull.

As amazing as creating the first ever music video as an NFT was, the realization that this model could actually be a major driving force to create good in the world via charitable donations was equally as profound.  In this way Uplift.Art became the impetus for much of what was to come later with both The Uplift World and YoshiDrops as a means to enable and empower all the people involved, beginning with the artists and musicians to organizations like Haitian Roots Uplift Nation had been working closely with all the way down to the children and other charities that mBlu was looking to support.

‘I’m Not the Bubble’

Despite being out of gigs due to the pandemic, Corey Cottrell had been busy with a multitude of things, one being becoming fully immersed in learning all he could about blockchain and crypto currencies.  Something about what mBlu had done with My Bitcoin Bull grabbed Corey’s attention and just wouldn’t let go.  Being the person that he is, he just decided to do his own take on mBlu’s masterpiece and send it off.  And wouldn’t you know it, mBlu just loved it.

The stage was set.  I’m Not the Bubble staring Corey’s guitar and vocals complimented by mBlu’s signature art and music production style was primed for NFT music video release.  And of course, a moderate portion of this went towards charity as you would suspect.

Having in a very real sense found something so inspirational and in tune with one another, Corey and mBlu’s thought train began to run wild.  For quite some time actually, Corey had been playing around with the idea of a blockchain based metaverse utilizing Minecraft.  The concept was pretty simple really, but there seemed to be quite the cognitive dissonance between those that knew the game and those that knew NFT’s.  No one really got the value of what Corey was trying to propose, until of course mBlu came along.  And the fact that the whole process Corey was describing came out of the personal experiences blossomed from gratitude and the practice of such already happening with Greg and others in the weekly Gratitude Ceremonies just sold the concept to mBlu all the more.

It wasn’t long before quite literally, tracks inside this brave new metaverse concept were being laid by those original inhabitants of the ‘OldWorld’ to the site that still houses the fire that came from all this.  A giant Ma’am being built up on display, one more collaborative song for mBlu and Corey to play, and the first parcel of what has now become The Uplift World metaverse set to be auctioned off for charity exactly 1 year ago today.

Every Sunday for almost a year we’ve come together in a cathedral we built in Minecraft to affix gratitudes big and small to permanent gratitude monuments. This is the first time we’re started inviting everyone we can find. This Sunday is going to be EPIC. For this Sunday we minted a 1of 1 NFT of a giant VERY FLAMMABLE MA’AM. And we are auctioning it off. For Charity. Whoever makes the winning bid GETS TO PRESS THE BURN BUTTON!!! Look for the auction on automichub.io or checkout @coreycottrell on twitter, I’ll pin the auction once it goes live. Probably Friday.

By all accounts the event was a success.  The passions of all those involved were well underway to everything that can be seen today.

The Uplift having branched into multiple servers, both survival and creative, has blossomed into something truly unique and special.  Much of the foundational ‘OldWorld’ crew who many know as the CK7 have continued their pre-metaverse tradition of the weekly Gratitude Services over at the Ka’ahthedral in Chik’in Ka’ah Sunday at 11 am EST.  To take part simply meet at the CK Spawn in The Uplift World or tune in live on theUpLifters YouTube network and drop your gratitudes in comments to have them immortalized on one of the community monuments.  Likewise, Corey and Jimmy have also carried on the tradition of gratitudes on a daily basis over at UpLifters Tower in Genesis as well as occasional various other locations for their daily 9am and other livestreams covering all variety of things Uplift and/or blockchain related imaginable.

mBlu is still mBlu, utilizing his artistic and musical talents in conjunction with Lgnd.Art and YoshiDrops.com to achieve the ultimate win-win-win for musicians and artists, NFT enthusiasts and collectors, and philanthropic causes alike.  Alongside Corey, together their collective collaborative portfolio has continued to blossom and grow with more releases in not only the Uplift.Art collection, but also the launch of a little side project you might know of as BluDAC.io.

And as for ‘The Burning Ma’am‘, much like those who through engaging with their passions for their craft in an effort to bring something beautiful to the world in a unique twist of blockchain philanthropy, her fire still burns strong as that January 4th 2021 day one could argue despite the spirit being present in so many ways previous, The Uplift World Metaverse truly began. 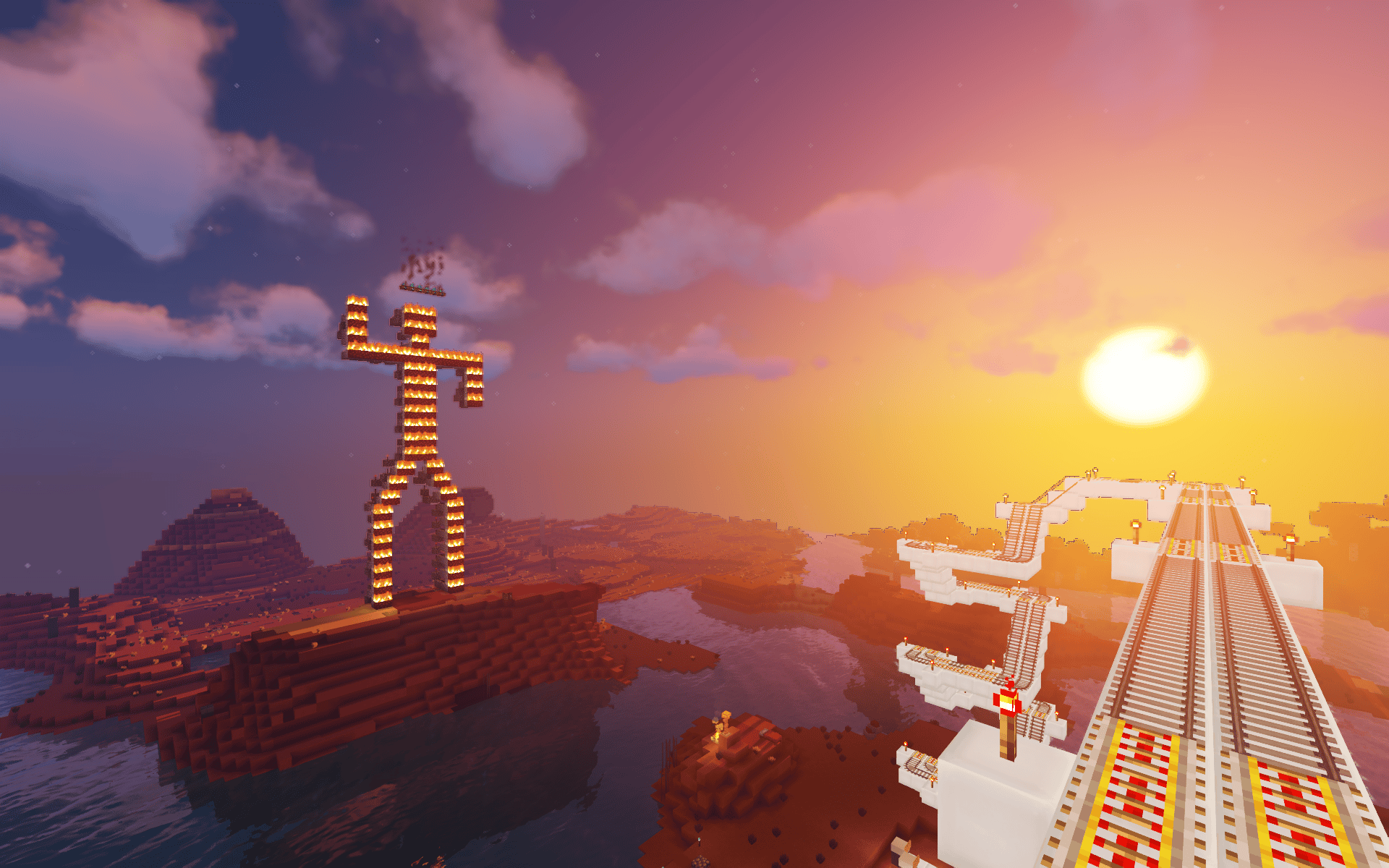 To the Future Beyond

Of course many more considerations and factors have went into all that The Uplift World has become, and by no means do the details recounted above even approach the majority of the story.  In terms of The Uplift World specifically there is just so much credit that needs to go to both the present team and those that have helped us in the past.  From the outside looking in whatever you think the team is doing, multiply that by 10 — and then 10 again.  The dedication to implement and innovate by all involved is impressive to say the least.

On the other side however, there is the community.  Blessed we are with one of the most wonderful communities in the whole blockchain space.  The builds and power to uplift one another in everything happening is truly remarkable to be witness to. At times it is almost unbelievable to think that only a year ago there was one map occupied by a few who bought the vision of what The Uplift World could become.  Quite remarkable really to think that from the center of it all at the Cathedral in the Old World the how the options of going West to Genesis and East to ‘The Burning Ma’am” have expanded to such incredible horizons across multiple worlds each unique in their own way.  Not everything has changed however, and for those who wish to take a nostalgic trip down memory lane, we highly recommend boarding the tracks to East of the Cathedral in Old World and taking in the incredible early history and sights on the journey to where it all began at the first ever NFT parcel still home to ‘The Burning Ma’am‘.

*This piece has been recollected to the best of his ability by Jimmy D… It seems ever so much longer than a year!?!