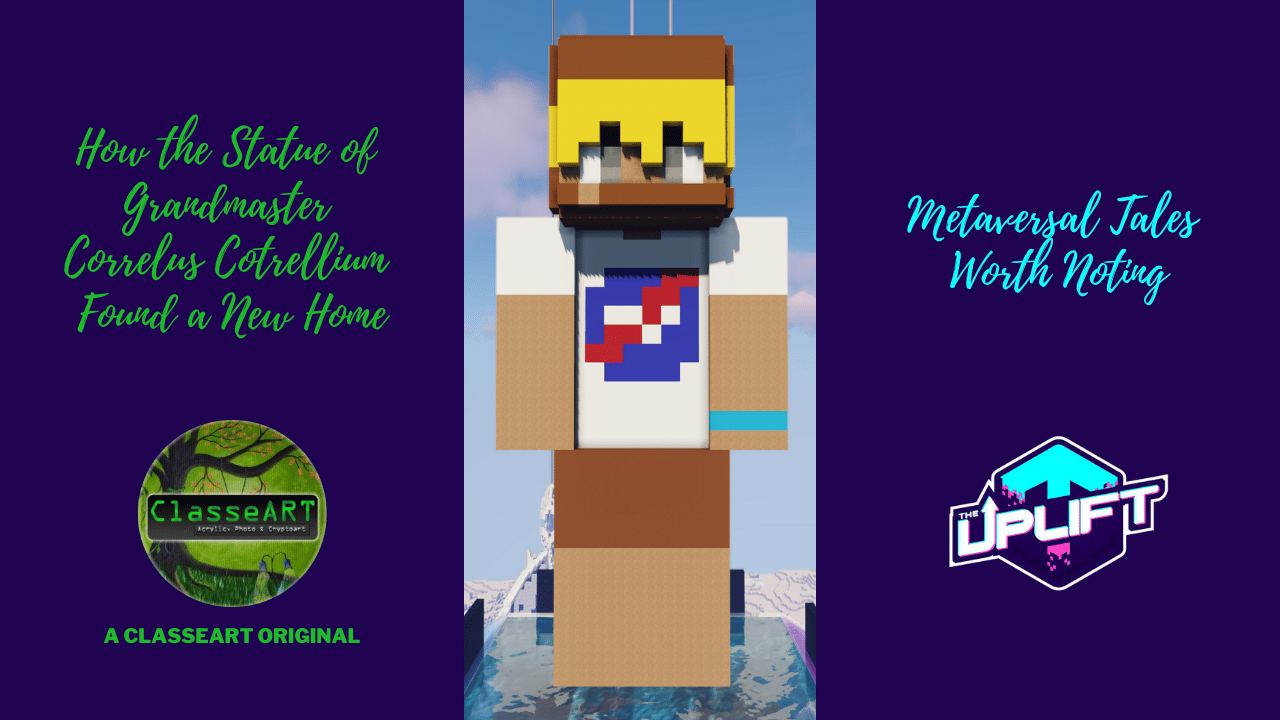 Ages ago, long before builders arrived in what has now become our metaverse is where our story begins. As everyone in the world of crypto and NFT’s is aware, time flies and ‘ages’ is subjective, but for the purposes of our story here today, let us simply define ‘ages ago’ as that time when the first Bitcoin genesis block was mined way back in 2009. So quite literally, we are talking eons here when it comes to crypto time.

Anyway, for those that don’t know, at the same time that the Genesis Block was mined, a huge physical representation of Bitcoin was forged in a very remote location in pure gold by Satoshi himself. Of course, blue dragons being quite adapt at sniffing out freshly melted gold, it wasn’t long before one flew by, stole the enormous Bitcoin, and hid it far away of what we now know as The Uplift World. To this day, you can actually still see this blue dragon guarding that very same golden bitcoin with his life at Genesis 4400, 2400. Do however approach with extreme precaution should you wish to try to get a glimpse of it first hand though, because as everyone knows when it comes to gold, blue dragons are quite notorious for protecting it fiercely – so fiercely in fact, they would rather die than see it leave their possession.

In time, Mojlvojn05 and Hannes10, two quite fearless adventurers known for smiling in the face of death decided to take up the mission to build something awesome above the dragon and his precious golden Bitcoin medallion. Considering all that had transpired in The Uplift since the inception, they thought what better a statement of appreciation to make than an enormous statue of the founder of the Uplift Empire, the Grandmaster Correlus Cotrellium himself.  With that notion in their minds, so it came to pass that they began building ever so quietly and efficiently as to not disturb the dragon below. For as fearless as they may be, they were also intelligent enough to know the risk of what they had chosen to embark upon could very easily turn foul and instead of finishing this and all their other great building plans, they would be little more than a heap of bones in the lake below should the dragon have his way with them.

Thus it came about that with a little time and patience, the statue of Grandmaster Correlus Cotrellium was finally finished. It became so renowned in the land that many a fearless wanderer risked braving the blue dragon zone just to glean a peak at the marvelous thing that had become.

Time slowly passed and Mojlvojn05 and Hannes10 mostly became pre-occupied with other builds and other things.  One morning however, realizing how close they were to their previous masterpiece, they decided to drop by for a look at what they had created. Instead of being enthralled with the flood of nostalgia in their accomplishment of their previous achievement, they ended up  completely and utterly horrified to find the Grandmaster’s statue no longer where they had left it.  They were surprised to find that not only was it gone, but in its place there was a large sphere like object hovering eerily silent in the sky.

Despite being the head down working type, Mojlvojn05 and Hannes10 were aware of the recent rumors that some rather shady extraterrestrial beings were interested in stealing a death star from The Maul Gallery (Genesis 1350, 450). It appeared that these rumors were not just rumors anymore, and the evidence was there, clear as day for them and everyone else to see. They remember thinking how TheMTBER must have been devastated by this, a part of his life’s work in recreating a working replica of the Death Star only to have it stolen security and all, right from beneath his very nose.

Luckily not all hope is lost, as fortunately the replica was not near as powerful as the planetary sized original, and we have been assured by TheMTBER that the most dangerous and pertinent details of the wisdom that has been painstakingly collected still remain carefully guarded secrets tucked away in hidden code dispersed throughout the gallery and it’s various forms of art.  Rest assured however, security for the gallery from the landing pad on the top to all the various works of art including those of the original Death Star below has been ramped up to prevent anything like this happening ever again.

For now it seems the sole focus of the extraterrestrials is on the Golden Bitcoin, hence no telling at what point the Death Star will stop hovering over the Blue Dragon in the quest to snatch the it for themselves.  And although we don’t expect them to be successful anytime soon, as the dragon really, really loves his stolen bitcoin and is unlikely to ever leave it unguarded, it is more than possible that at some point point the extraterrestrials will realize that there are other works of value within The Uplift World that may be worth looking into trying to get their hands on as well, ones in fact that if they ever really reflect may be worth even more for the time and effort that the Blue Dragon and the possibility of imminent death will cause them.

Take for example The Rocket Gallery, both the main gallery (3550, 3200  and The Rubik Cube Gallery (2300, 1950) sites in Genesis, both of which house numerous rare pieces of artwork still luckily untouched.  But with the incalculable value that resides within these and other galleries within the metaverse, there is a reason so many are on edge.

And it is not just galleries and art that we should be concerned about either.  We all know that extraterrestrials love eating horses for breakfast.  Luckily, we have not had any reports from Mitzi‘s Garden of any horses gone missing as of yet.  Good for all those that appreciate horses for riding, at least for now.

For now it appears we have little choice but to stay on high alert and keep an eye on the moves of those nefarious extraterrestrials and the Death Star they have locked themselves off from the rest of the world in.  In all likelihood, so long as they remain hovering over the Blue Dragon we can assume their focus remains on concocting a way to steal that Golden Bitcoin without it ending in their demise. 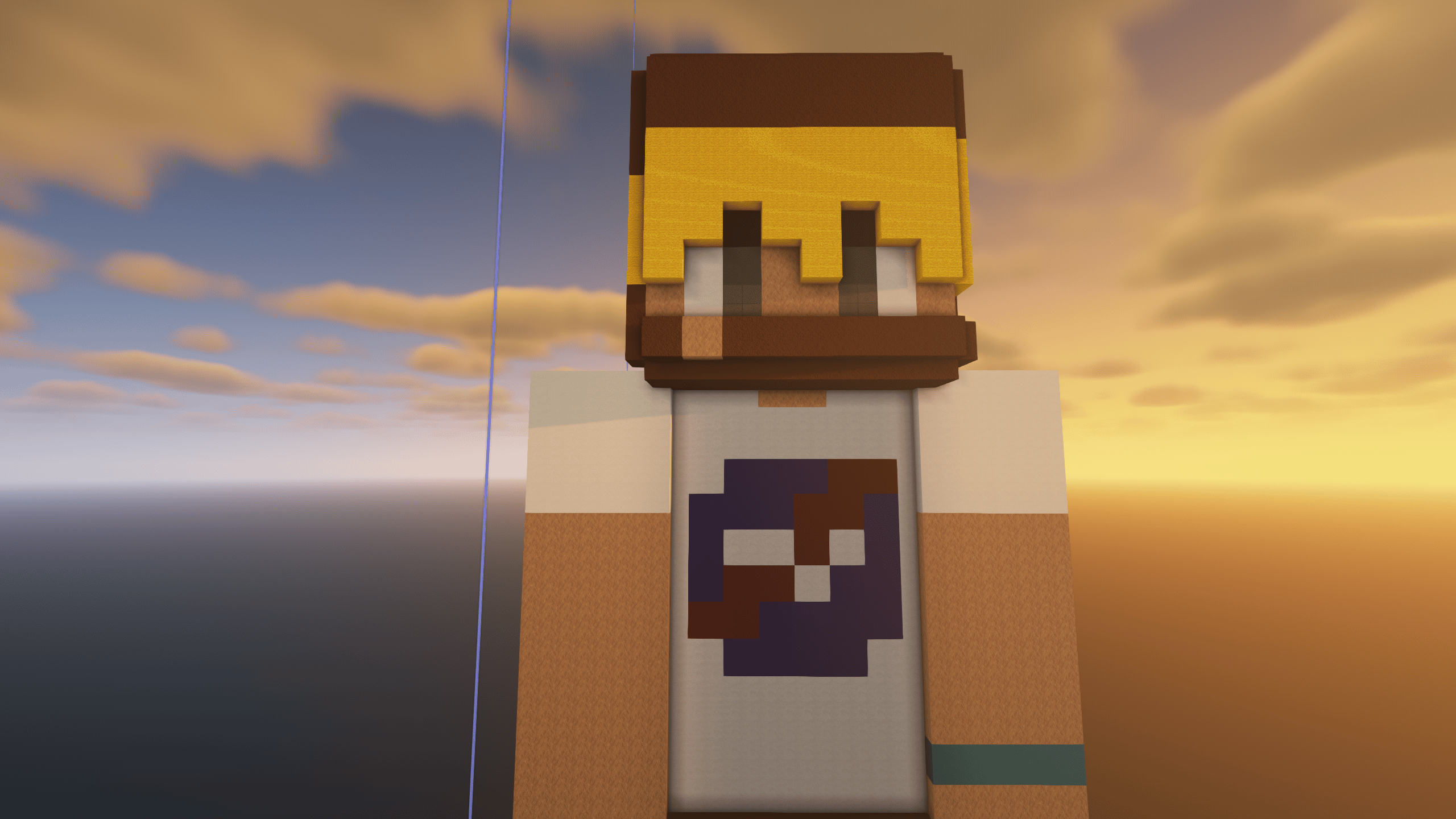 Well, it appears that in their rush to get to work on figuring out how to get that Golden Bitcoin, the extraterrestrials transported the statue out of their way so they wouldn’t have to deal with it anymore. In an almost ironic twist of fate, this very act of discarding something that was a nuisance to them landed the statue in a much more suitable location for a Grandmaster to reside, now standing tall right above ClasseART Gallery right smack dead center of The Uplift World Genesis at 2500,2500. 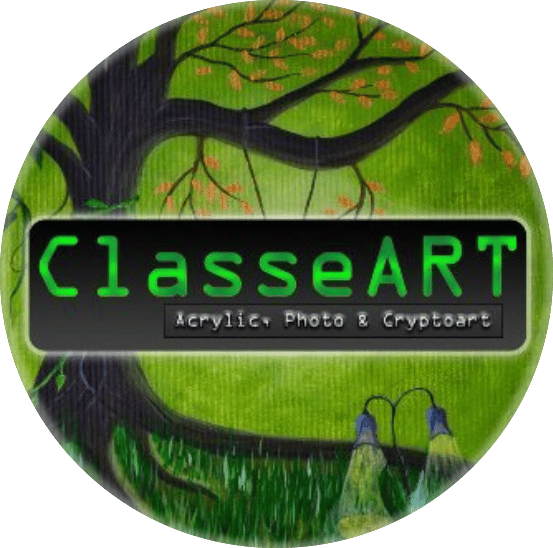 This story and the majority of attached images is brought to you by ClasseArt.  Remaining images (*), editing, and curation of this piece attributed to Jimmy D.

Have a story of your very own from the metaverse that you think others may enjoy? Reach out to Jimmy D on on Discord or Twitter for help getting sorted with any content you think might be right at home here on WhereWeHideAllTheAlpha.com, your news source and home away from the metaverse proper!