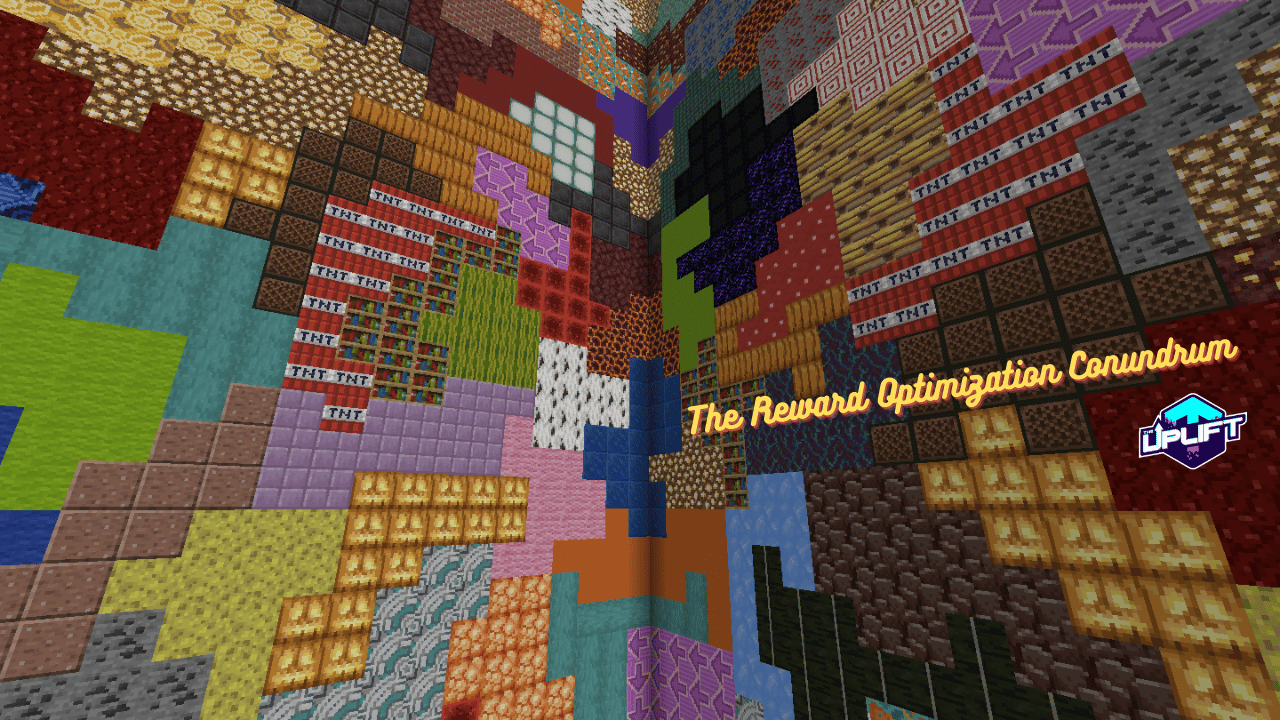 Beginning with clarity, this post is for educational and thought provoking purposes only.  None of the numbers below are guaranteed, not for this or future seasons of the Uplift rewards program.  The point of transcribing this into this piece is to showcase both the positive reactions a community can have beyond the FUD approach that will uplift us all, and also shed light on some ideas of how shifting the paradigm of thought in various ways can be a game changer at how you approach your Uplift involvement strategy.

Of course this is just one of many, but on every level this was a positive learning experience worth sharing. Again, none of this should be taken as financial advice or gospel earning truth.  The pools and rewards system is a complex algorithm intended to be dynamic and change over time in an effort towards better and more fair optimizations.  Please understand that the appearance of this interaction is not an endorsement by the team or guarantee of this strategy.  It has been placed here simply for constructive thought and enlightenment purposes (and hopefully a tad of entertainment value from the name changes that accompany the actual chat script).

To all those that interacted to bring this conversation as seem below to the fore, thank you.  The Uplift World is what it is in part because of you all and what you bring with you to this space.  You are all rock stars and we appreciate you being here with us every single day!

Concerned Upliftian:  So do we see the play to earn model staying close to the same? Having to play 6-8 hours a day just isn’t feasible for all of us… And playing 2-4 hours a day for 50 WAX a week isn’t really what I had in mind either. Not spreading FUD, just asking a valid question so I know better how to plan my move forward.

Minecraft Bystander: I wasn’t even expecting to get paid anything for just playing the game, riding a Minecart instead of spawn-suicide is a nice turn of events.

Concerned Upliftian: Hahaha.. Must be nice to be rich!

Minecraft Bystander: Haha, I’ll let you know once I get there.

The Passerby-er: IMO, to get a lot of WAX you have to build things that attract big events and people to use your land.

The Patient One: That’s why you get a lot of people to your land.

Concerned Upliftian: But isn’t that only 20% even if I have a lot of people to my land? The other 80% depends on how much I play the game? I really have fun here! Just trying to find the best way to make a little something… Like I said, I can’t realistically play 6-8 hours a day, LOL.

The Patient One: Not quite. Trying to think how to explain it best.

She Who Knows All (and also staple Admin): As a player, you can only ever get as much of the player rewards ‘pie’ as the points cap. As a landowner, depending on how much land and activity you encourage, you can wind up with a much bigger chunk of the 20% ‘pie’ than less involved landowners… and that’s just this season 🙂

Concerned Upliftian: So those that are getting the top rewards of this last week of 378 WAX… any of you on? Are all of you having big events weekly?

The Patient One: Lets say you spend 10 hours building a maze. That maze is forever. Lets say it takes an hour to complete. Once 40 people have run the maze it will have doubled the rewards you earned building it. Granted its not time, but blocks moved. But that gives you an idea of how it would work.

The ratios are subject to change as well as what earns points, so theres more to it in the long run, but yeah. If you do giveaways for completing it every week or something, just imagine when there are hundreds of people in the game. You’ve spent 10 hours and then just have to do a little promotional work, and that previous build is doing the work for you.

The Bitcoin maze on CK has earned them a good amount already. Granted, I would imagine they spent a very long time doing it, but it takes 11 hours or more to complete, and they now just offer a reward every so often.

(Less) Concerned Upliftian: OK, that makes sense. I just really misunderstood the player pool and land owner pool.. I felt like I needed to put in more hours myself, but it sounds like I just need to hire a marketing manager 😁

The Patient One: Haha, there are many ways to make it work. To explain the pool a little better, lets say you earn 80 wax playing on the same plot and thats the only plot you are on all week. The plot will earn 20 WAX, and no one else went on it.

(Non) Concerned Upliftian: That’s pretty much all I did last week.. And I earned 50 WAX. I have a pretty fun obstacle course. I have another fun air drop. I just need to figure a good way to market everything with all the options out there.

The Patient One: You can start just by posting in the world specific channels and get permission to post here every couple days or something. The way I see it is I’m here to enjoy the game, and the rewards are just a bonus. I was playing the same amount for months without rewards, so shouldn’t be any different now. This is a long term thing.

(Non) Concerned Upliftian: As most try and say in this space. But I can almost guarantee not one person can tell me they spent over 1k on any of these projects because it just looked like a fun game to play 😊  Oh I get it!! Still early! Just asking how I can maximize my efforts. So I really appreciate all your responses! It’s very helpful!

The Patient One: Of course, as much as I wish I could, I can’t (though I do love MC and have been playing since day one). The important thing is seeing where this could go and realizing its not an instant 2-5x like people expect in this space.

(Non) Concerned Upliftian:  Yup! I get its gonna take time. I’m OK with time. But like I said, with the time I’ve been playing, just trying to play myself at least in the middle tier of earners and not close to the lower portioned places. Gonna see if I can get some people to my events this week and see what a difference it makes! Thanks again man!

The Patient One: Awesome! I’ll keep my eye out for it!

*Note: the key players in the interaction above have given their consent for this to be used here in advance.  For those composing of the minor rolls, should you have issues with being included, please to let us know and we will rectify that promptly.

Should you feel that the above is a team endorsement of strategy in the metaverse, go back and read the introduction again, because it is clearly not.  Each and every person who engages in The Uplift World Metaverse with us has multiple strategies available to them for success, and in truth that path for success must be defined by each and every individual unto themselves according to their own values, wants, and needs.

Thank you all for joining us, and should you have engaged in a similar interaction that you feel others may benefit from, let us know and if we agree, maybe we will just have to make that or something similar Volume 2 of Interactions Worth Noting.