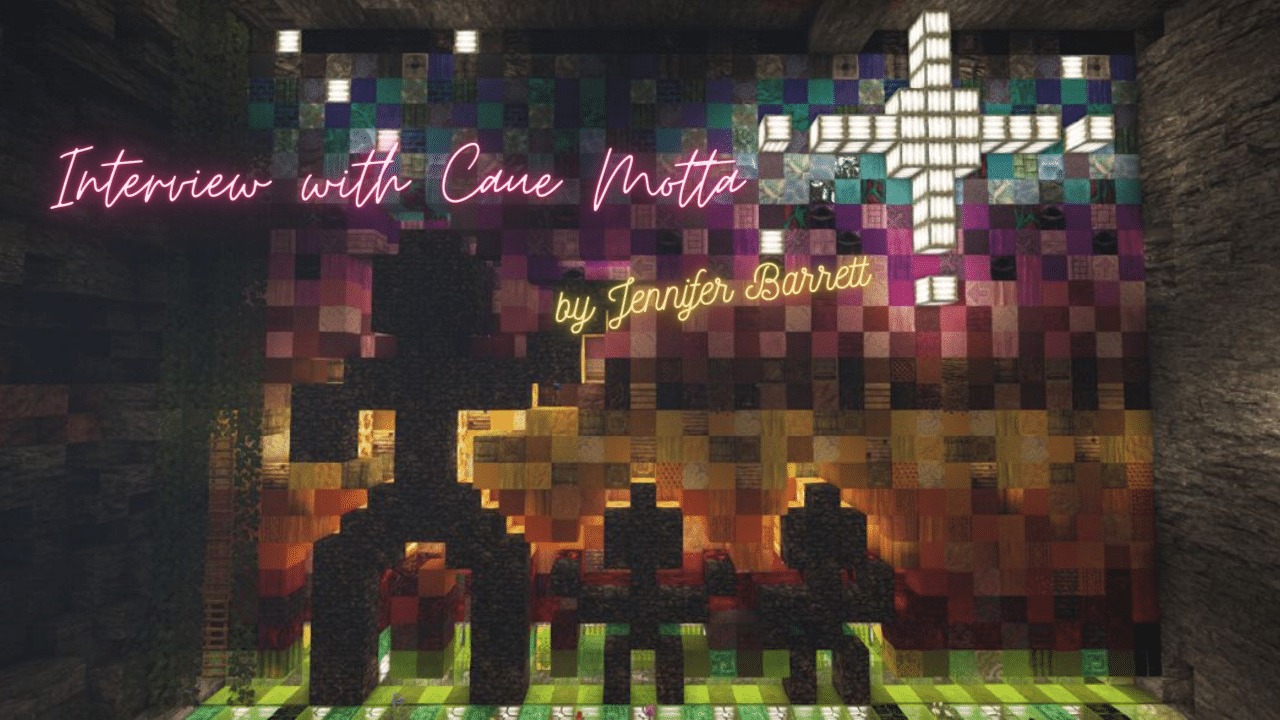 The metaverse is “a place where you let creativity loose and you have no boundaries, except for goodness and being kind to each other,” Caue Motta said.

Caue started quick flipping NFTs as a financial investment idea with a friend at the end of 2020. He said he still flips NFTs every now and then, but he has “developed way more of a taste for the space and for what it actually represents and the changes it can bring to the world.”

He had been in and out of investing in cryptocurrency over the previous couple of years, but this time he dove in head first and really tried to understand the possibilities. In his search to understand more about investments versus implications on society, interactions, finances, and the future, he found one of Mblu’s videos. It was about how his NFT collection was based on gratitude, and how he was raising money for Haitian Roots to build a school. “That just immediately resonated with me because I love the idea of having fun and just buying things and having a good financial return and all, but just doing that and also applying the concept of win win win and just actually helping and making a difference in the world, that was really, really cool,” he said.

Caue bought a couple of Mblu’s NFTs. He started participating in an Uplift Art group, where The Uplift.World came up in a conversation about Mblu’s Ti Amo NFT campaign. “I didn’t really know much about it or anything really at that point,” he said, “but I just know that I remember fondly of the nostalgia that it brought up, because I played Minecraft maybe 10 years ago… and since then I’ve been on and off. But then I just thought why not? I’ll just go and try to help whenever I can.”

Caue joined The Uplift.World group and offered to help build the metaverse. They responded, saying it’s still a closed project but eventually it will be open to the public. “I just said fine, if you need anyone else, a volunteer, like let me know. But otherwise I’ll just wait for the release,” he said.

The timing was right for Caue – his active role in the start-up company that brought him to Indonesia had stopped. He was feeling burned out, not doing well, unhappy, and he decided to be at home and just care for his young son so that his wife could focus on her career. With some time on his hands, he stayed in the Telegram group because he was interested and was gathering information for himself, and he thought why not help everyone else as well?

Caue’s helpfulness and winning a banner competition put him in the spotlight, so he messaged Corey directly with his offer to help. He joined The Uplift.World team very soon after that.

“The space, that’s incredibly dynamic. I mean if you consider the history of humankind, the internet’s already disruptive enough, and then you have something inside of the internet that’s just trying to disrupt the whole financial model of the world and the arts base and every single thing that has traditionally been the way it has for centuries or thousands of years. And then all of that combined with online gaming and building a positive community, that’s very overwhelming,” he said.

“The Uplift.World is a lot of that, and I think we’re off to a really good start… You can see in the community there are people asking how do I make a WAX wallet, how do I play, how do I download Minecraft? Lots of people coming that clearly don’t already belong to the space, but they have a space in The Uplift.World,” he said.

Many people, he said, have tried to bring people who wouldn’t normally belong in a space to that space, such as if you’re a non-gamer but a new game says it’s for everyone. Using WAX as the cryptocurrency and Minecraft, the #1 downloaded game in history, makes The Uplift.World approachable for everyone.

“You get into this metaverse, and it is scaled up to something you’re familiar with. So you can create anything, but it still looks like the real world. It looks and feels like you are creating something that’s actually tangible, even for the people that are not super familiar with it,” he said. “The fact that we have that very relatable structure to the game which is real-world compatible already… And you have an actual trustworthy economics attached to it via cryptocurrency with blockchain, which is something that didn’t happen before,” he said.

Caue’s advice to the new people?  “Hang in there if you are one of those new people. It is a little bit of learning curve… It’s overwhelming, it can be, but it’s worth your time,” he said.

“This is not just about the tech and the game. As long as the core values behind all this and the culture that we’re trying to build here, if they don’t stay around for as long as the game’s around, it’s not going to work the same way,” he said.

“We have to also acknowledge that this is the very beginning. There’s so much more to come.”

*Cover image of a build done by Jennifer Barratt in Center City of theUplift.World, photo taken by Gary the Architect