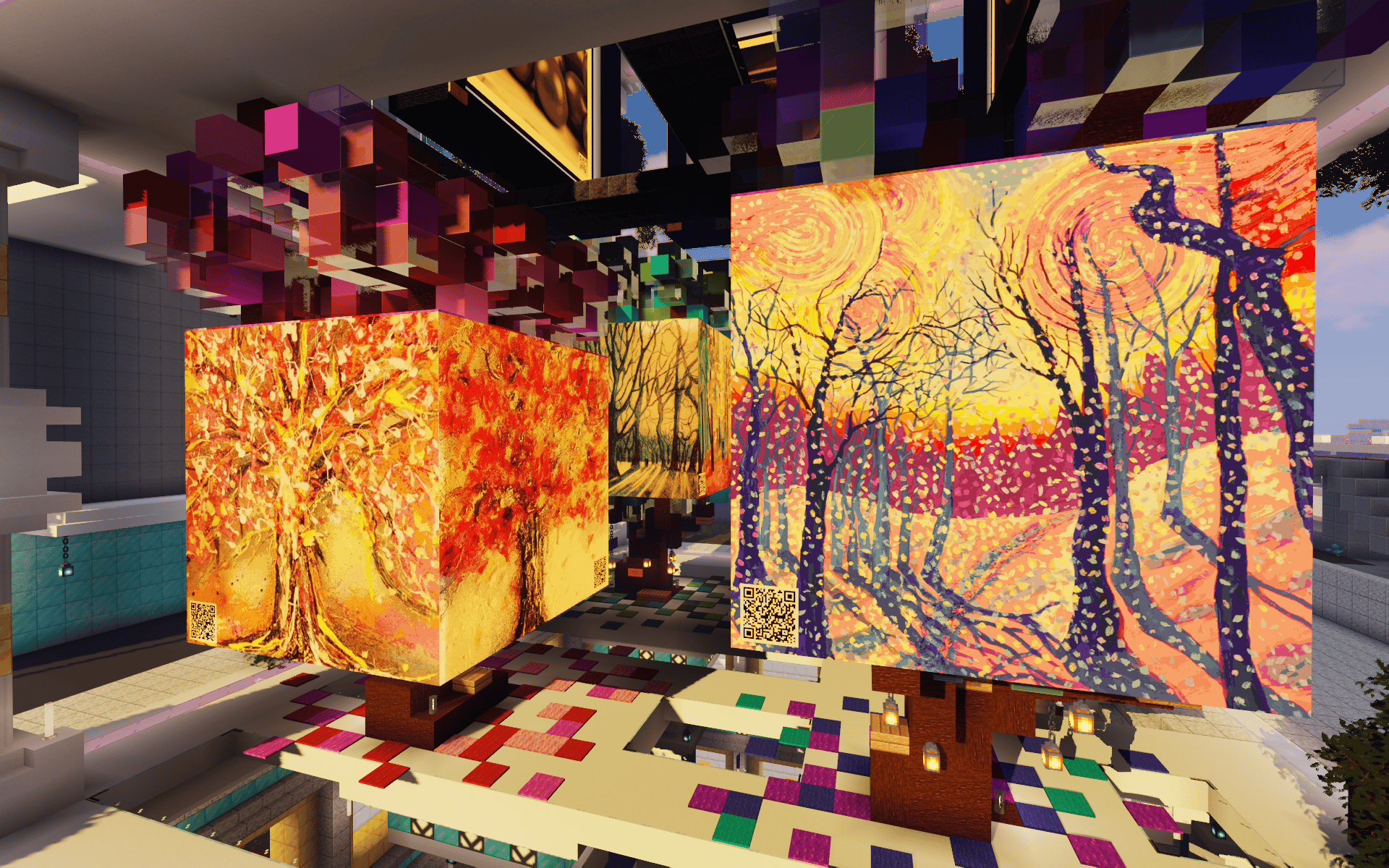 One of the first things I ever wrote in the space bridged what was new and exciting in the world of blockchain that I had stumbled upon with what had become one of my greatest passions in life.  Today as I sometimes do, I went back for a comb through.  It is interesting to me that every time that I do, I find a perspective slightly new that relates to things happening in life right now.  In fact, this time in particular, at least for me, there is a lot that has been deepened through experiences in the blockchain, crypto, state of the world, and life in general spaces both good and bad — but what really speaks to me is how much I really do resonate even more deeply with the idea of building an ecosystem that in unity and cooperation can thrive towards greatness and the way that we strive each and every day to make this a giant part of what we do here at The Uplift World. 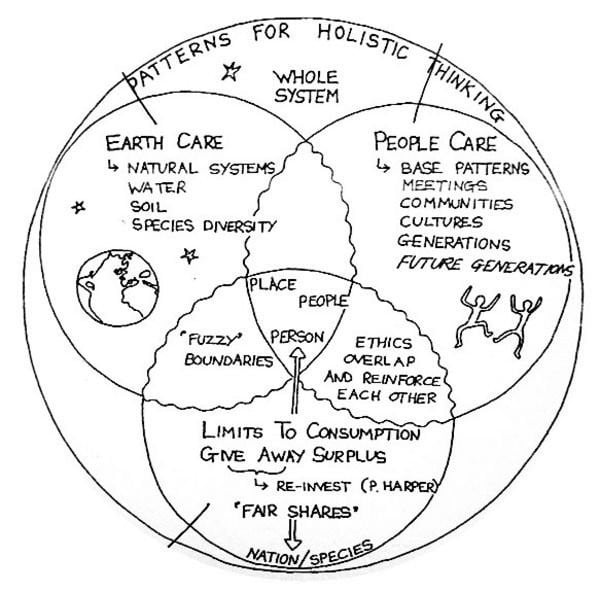 I’m a permaculturlist, and of course, blockchain enthusiast;)

It’s funny really, because before blockchain came along I really was not that interested in technology. Of course I used it, but for the most part I knew enough to get by for my work and interests.

I cannot quite say why it is exactly I got into blockchain – but I think that the reason that I stayed is in part because of permaculture ideologies and EOS. Blockchain makes sense to me because of EOSIO in the way that mathematics makes sense to me because of philosophy (I’m a philosopher too), But this post is really not intended to be about philosophy, mathematics, or most else previously mentioned. This post is intended to serve as an introduction to further posts on permaculture and draw some (I think) interesting parallels between permaculture and blockchain technology (I hope;)

I’m guessing that there must be at least one of you out there that has not heard of permaculture. I’m also guessing that there are a few of you that have heard the term but are not really sure what it is, why its important, or how it relates to blockchain.

There are a lot of misconceptions about permaculture actually. In the same way that saying email would describe the Internet, or Bitcoin is synonymous with blockchain technology, permaculture is often misrepresented by terms such as natural farming, organic farming, and homesteading.

Just as it is true that blockchain technology and Bitcoin share certain elements, the same could be said about permaculture sharing elements with organic farming or homesteading. However, I think we are all in agreement here about the fact that even if Bitcoin died (knock on wood) that in the end, blockchain technology would survive, and I shudder to say possibly even become better in the process – the same applies to permaculture and its included elements such as organic gardening.

To understand permaculture – the analogy of blockchain is very useful. Actually it was the concept of permaculture that actually aided me in wrapping my mind around blockchain technology.

Permaculture shares with blockchain a yearning for a decentralized economy beyond the confines of big business and government manipulated markets. Permaculture is about creating a self sustaining ecosystem that is beyond failure due to its lack of centralization. Just as blockchain has become much more than Bitcoin with the advent of smart contacts and decentralized token economics, the permaculture design principles ensure that the ecosystem as a whole utilizes from its inception a design that benefits the entire ecosystem as a whole instead of stripping and pillaging elements in an effort for turning a quick profit.

Of course, we all know blockchain is not perfect – and neither is permaculture – but they both have in common a vision for a better world. One of my favorite permaculture quotes comes from a TedTalk entitled Gangster Gardener documenting community efforts in South Central L.A.

Think about this for a minute or two… and realistically it makes sense. There is no inflation or reduction in the natural life cycle of plants. Grow tomatoes, eat the majority, and harvest the seeds for next season. And, if we take care of the soil in a civilized productive way, meaning we actually harvest soil instead of deplete it and leave it barren, then it is one of the only things we can do that offers unlimited growth potential.

What does this have to do with blockchain you may be wondering. Well, in a way nothing… but in another way, everything. Blockchain to me is about potential – its about the perfectness of decentralized design whereby the actors are the script writers and can together move the production forward. Yes, there are those that will always confuse blockchain with Bitcoin and there will always be those that will speculate (as I myself do sometimes do)!?! That is the nature of humanity I think and inherent in our competitive genes. But, also inherent within our being is the idea of community, the notions of progress, the compassion of fairness, and the foresight to in general make the world a better place.

Permaculture at its deepest roots is not akin to gardening, food production, or any of the other terms people often misunderstand about it. It’s not a bunch of dirty hippies in the middle of nowhere who have sold off of science in an effort to hold onto the good old homestead days. Permaculture is simply a design science that can infiltrate all aspects of life in order to produce a system whereby all the working parts can benefit from the cooperation and resources of those around them. It is self fulfilling ecosystem as nature intended utilizing the rationality of human design not to harness and control it, but rather, to facilitate that design in the most effective way.

Blockchain at its very foundation is 100 percent permaculture – a design that is set to take the world by storm and enable our technological lifestyle to really flourish the way it should. In a couple hundred years I hope that as a species we can look back on this time and understand that certain things changed to bring us into that sci-fi utopia that has been in the media for so long that we never quite have been able to reach. It is not that we don’t have the ability – we do… its that we may very well be stuck in the dark ages of modern time – a world a few people control the finances and sustainability of the many through outdated power policies that are built into an almost laughable archaic model of civilization that has prevented progress out of the fear of losing control instead of spawning the creative self autonomy that really could settle us anywhere in the universe our hearts desire.

Please note that this is a perspective piece written by Jimmy D all the way back in November of 2018.  Of course a lot has changed with the ecosystem since those early days, but the core tenants of this still resonate with every thing I personally believe about why we need the blockchain space and how it should be constructed to amplify everyones autonomy and interests across the board.  That said, what is presented above may not be what everyone, or anyone for that matter, on The Uplift World team feels or endorses.

As for all of you tuning in and reading through though, thank you so much for being here with both me and the metaverse we now call home.  And should any of you happen to have any events, galleries, interactive, or even culturally inspired builds, ideas, thoughts, or perspectives that you think others would enjoy hearing about, don’t be shy and get in touch with Jimmy D on Telegram, Twitter, or Discord and we will be sure to figure out how we can get them up here for all to see right here on WhereWeHideAllTheAlpha.com for all to enjoy and engage with.

*Article and associated images by Jimmy D. Cover image of the Vine Gallery at Genesis 4300, 2000 in The Uplift World.