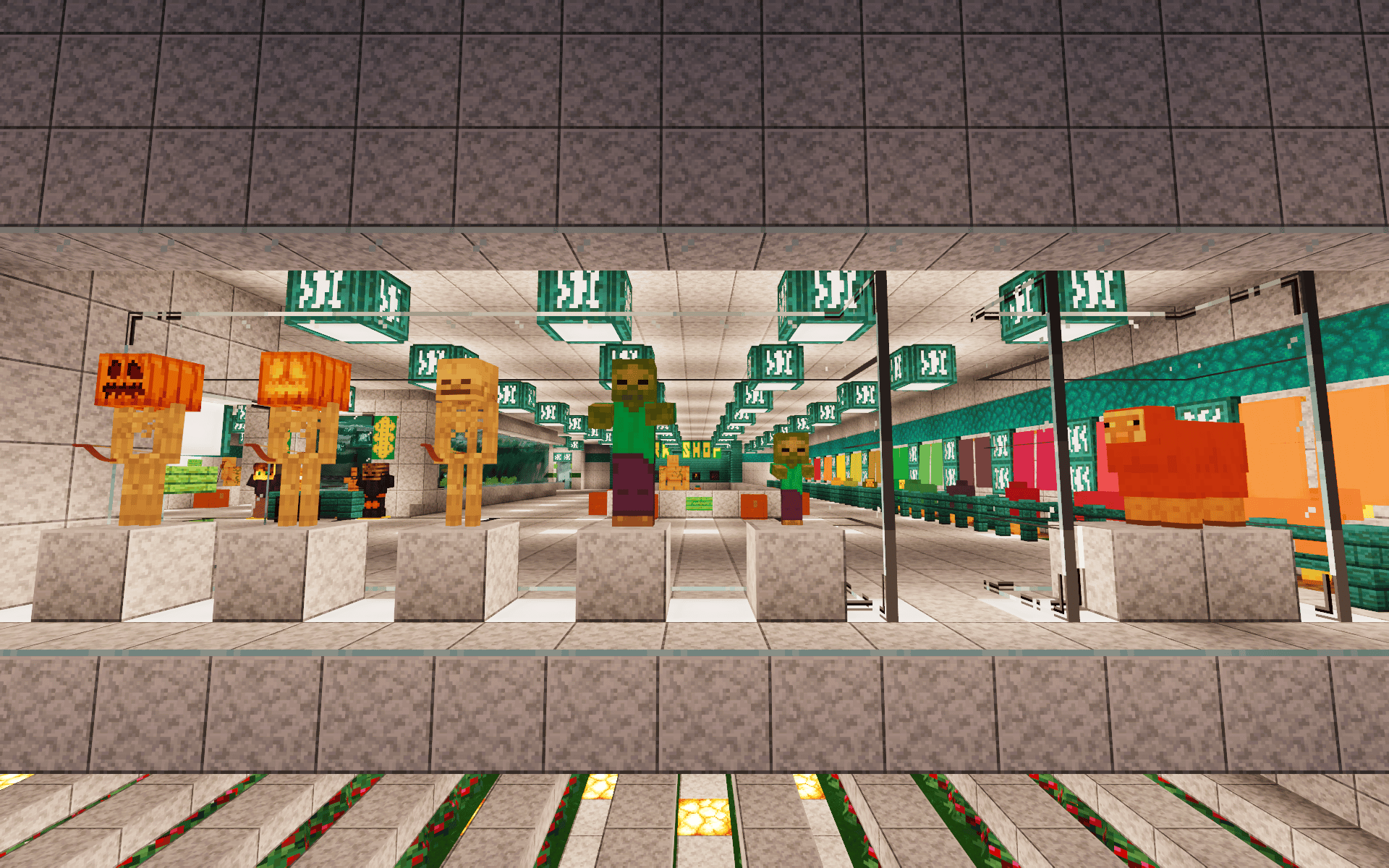 Of course we are all familiar with mobs across our various servers, and for many in the survival zones, surely a number of deaths have occurred while trying to get to shelter when the darkness sets in.  For the majority the sound of a zombie or a skeletons arrow and the sight of red spider eyes or mini ‘Chuky’ like zombies darting around the night is enough to cause us to avoid what else might lurk out there in the dark.  And honestly, do we even know the extent and scope of what harmful beings are abound in this vast metaverse that surrounds us.  Well, as luck would have it, now you can not catch a glimpse in safety, but also read a plethora of fun facts and information of all the various kinds of mobs, both good and bad that you may someday encounter over at The Upluft Mob Museum at 3300, 3550 created and being tended to by Acey. 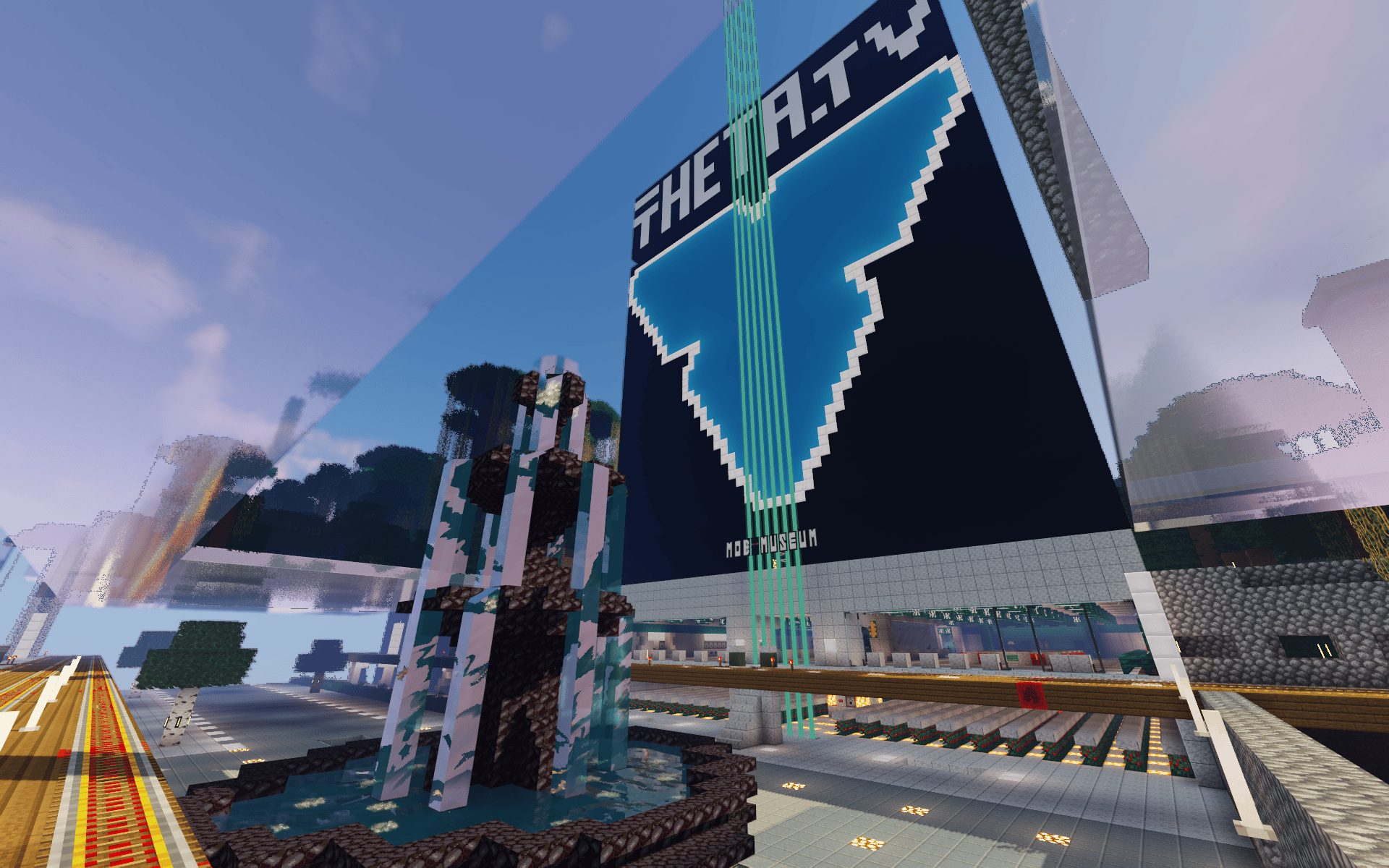 .
“When I first got my plot, villagers were still around but we knew they would be getting removed sometime soon. I ended up making four full floors of berry farms and had probably 80 or so villagers to trade with.  Once they were gone I didn’t want to just tear the whole thing down and build something completely different since it had become “my place” and I had gotten pretty attached to it. So I had to start thinking of what else might work in the same layout of a building with different floors. I knew I’d have an item shop at some point but I needed something that was more of an attraction. I remember thinking it would be cool to have an Enderman trapped in glass as some kind of pet or art piece. I’m pretty sure that’s what led to the museum idea.”
. 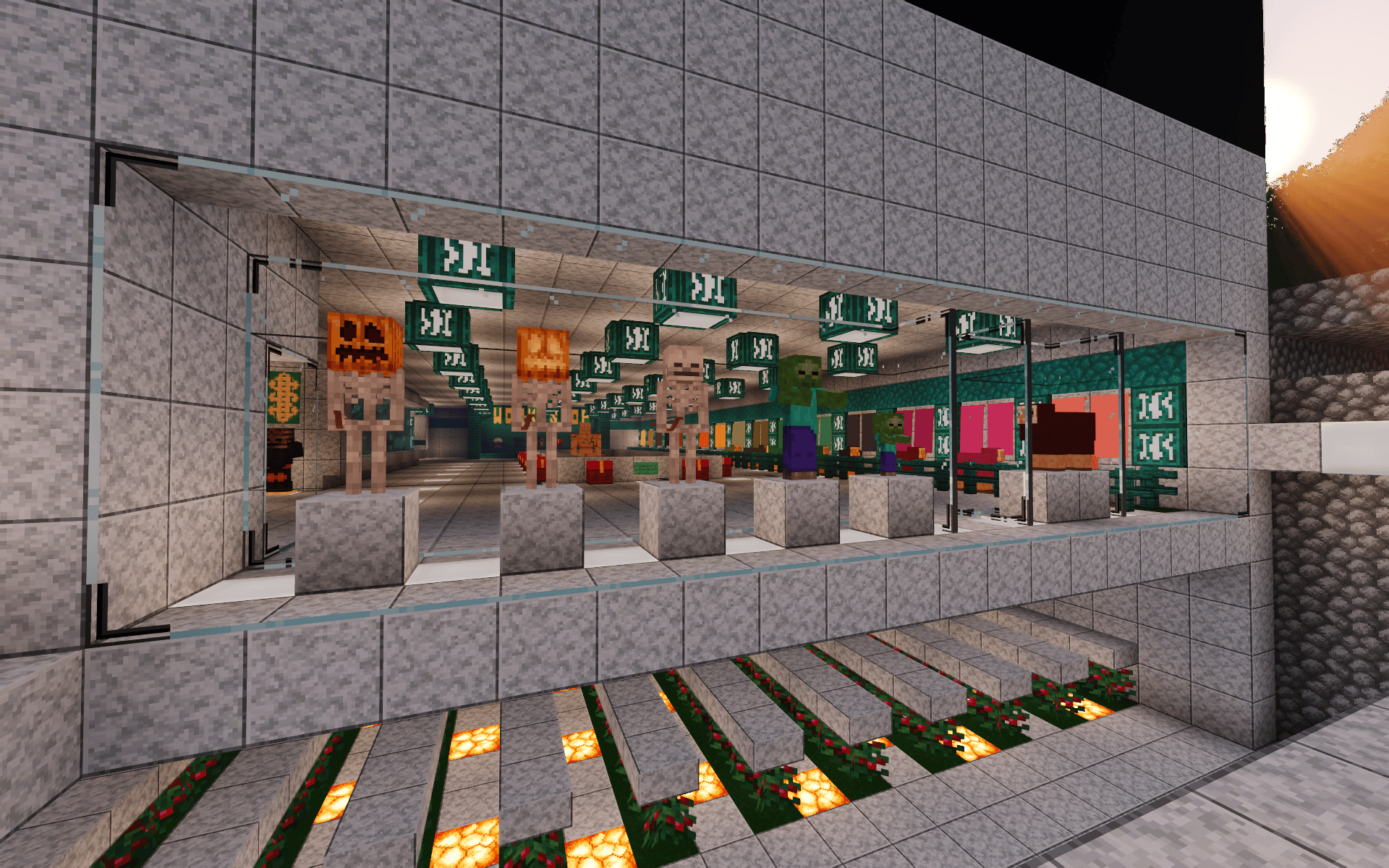 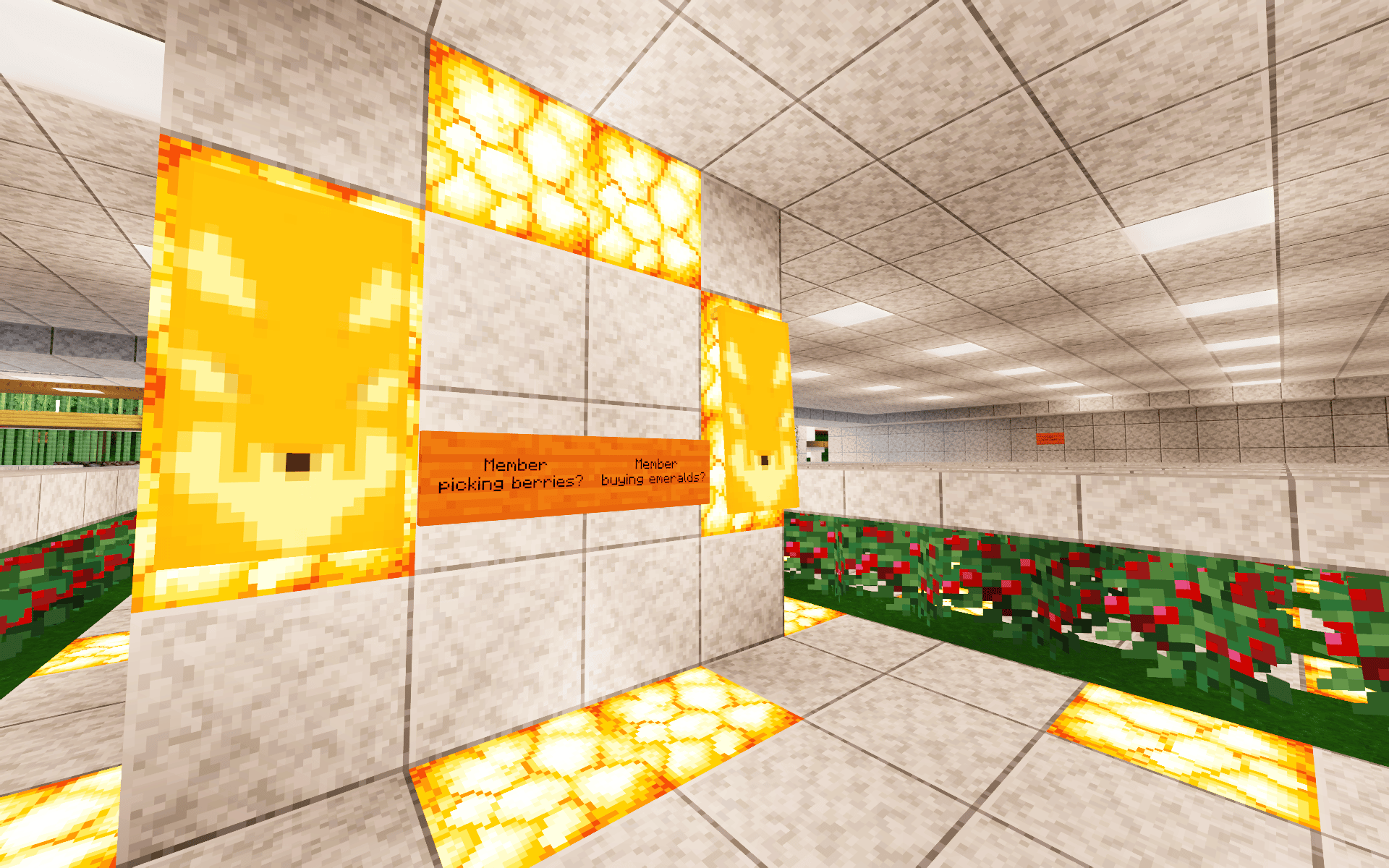 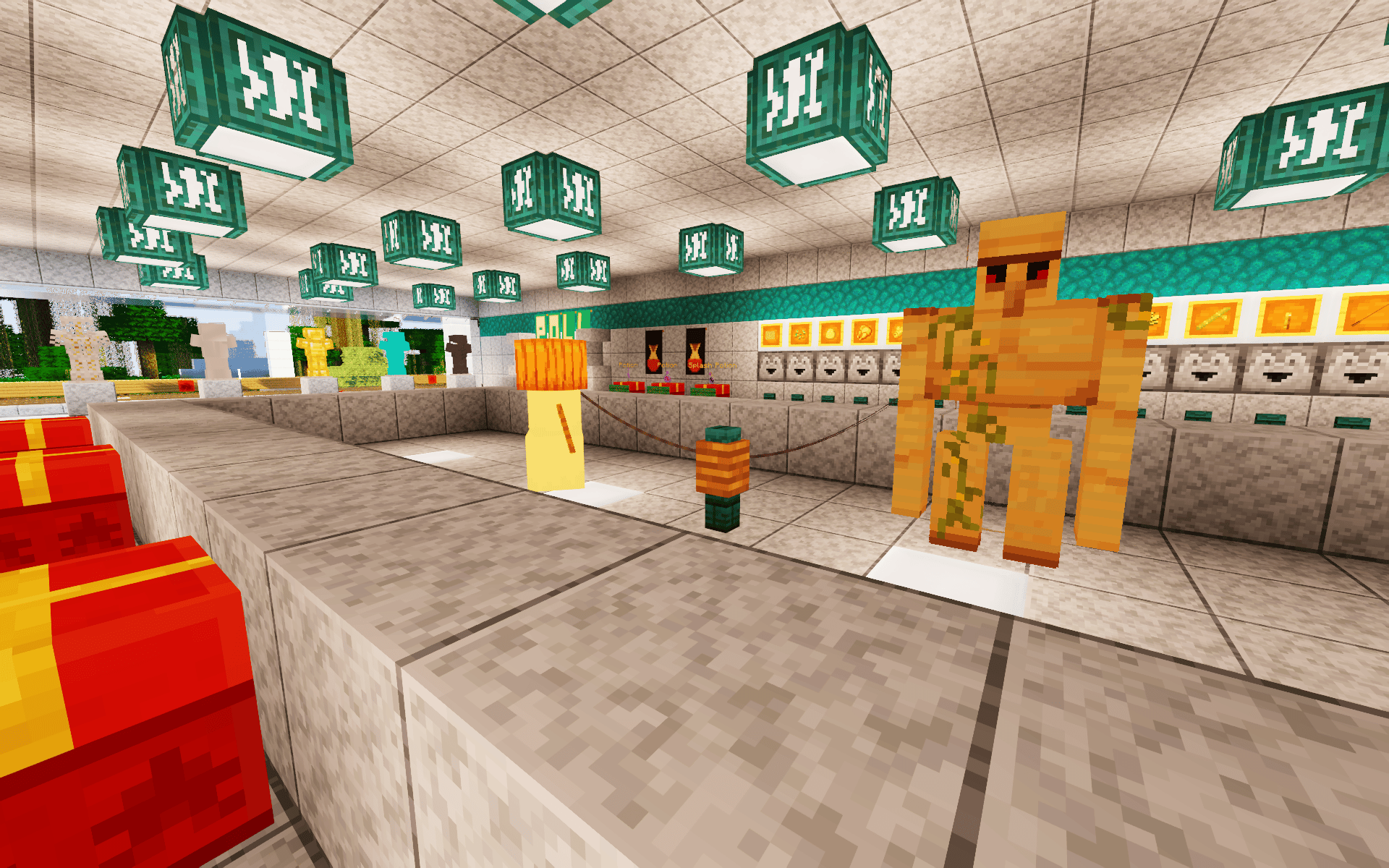 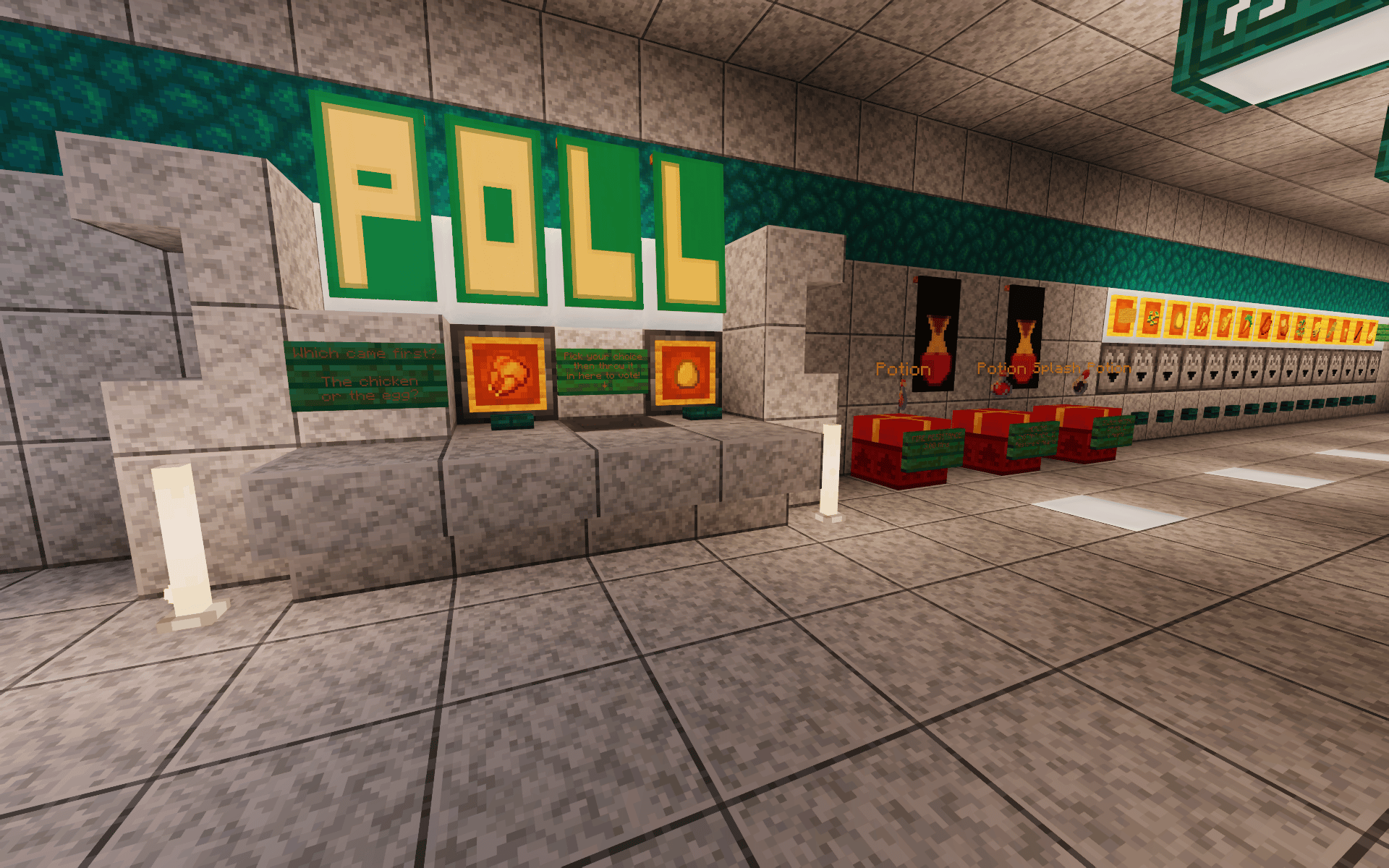 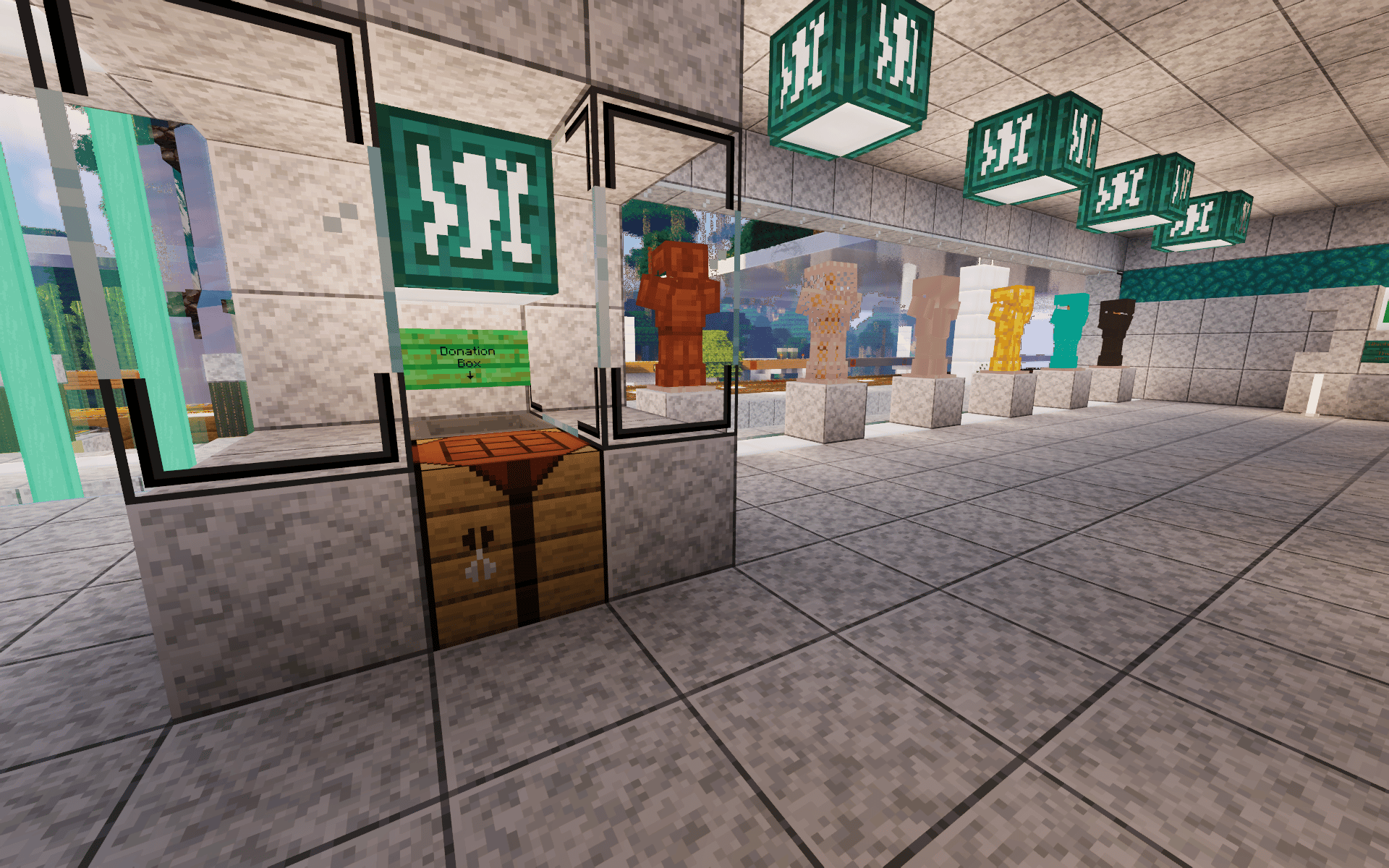 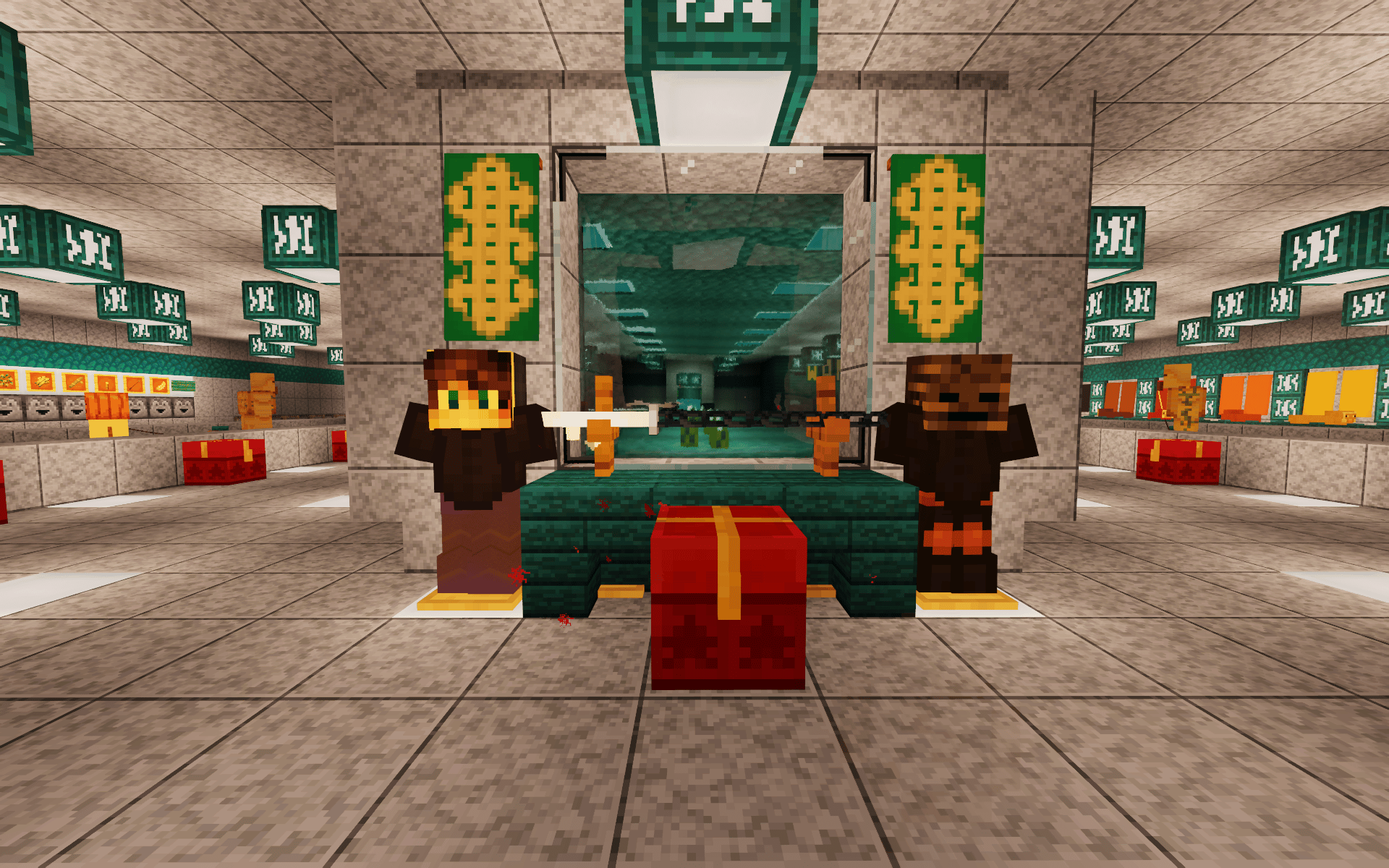 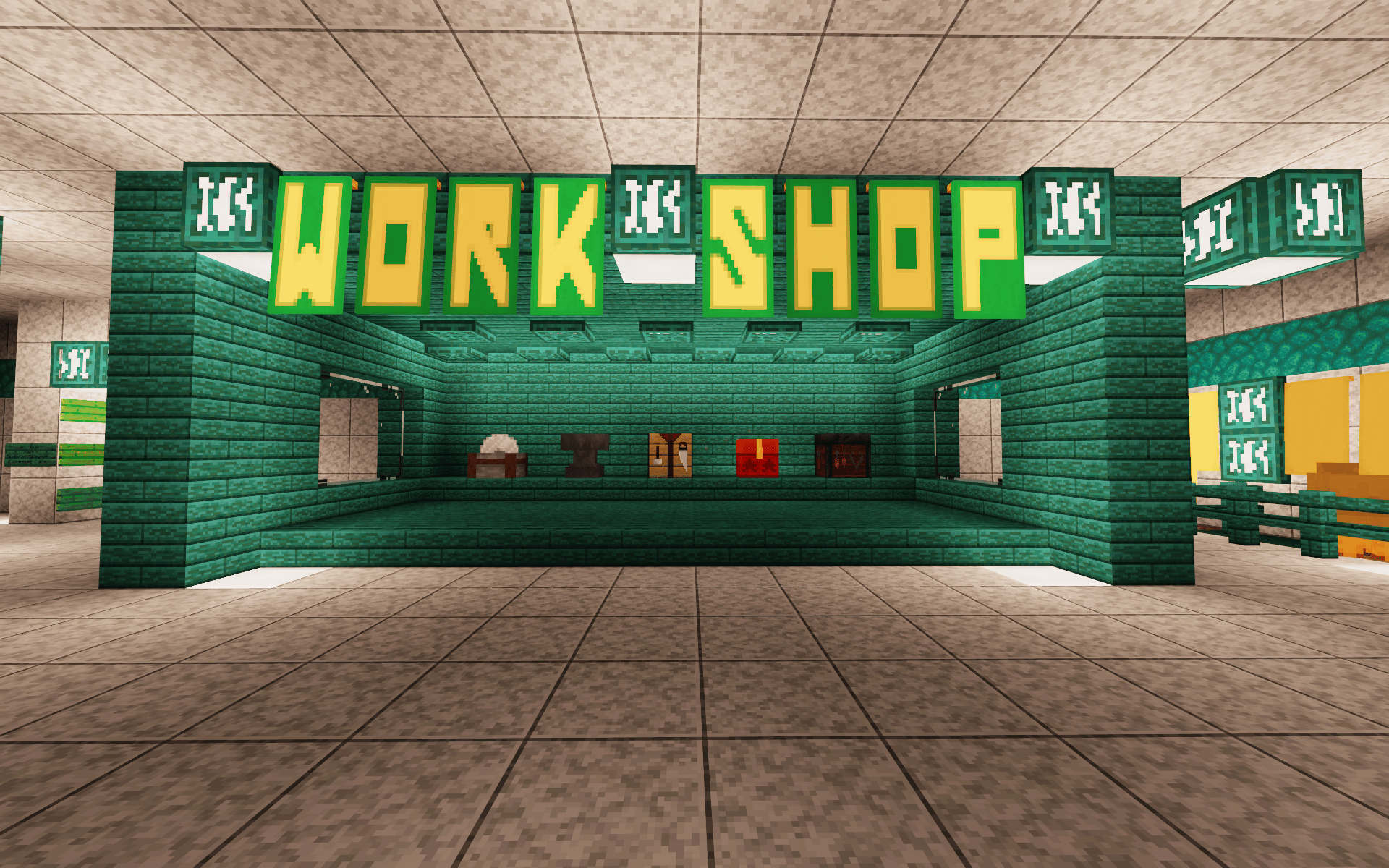 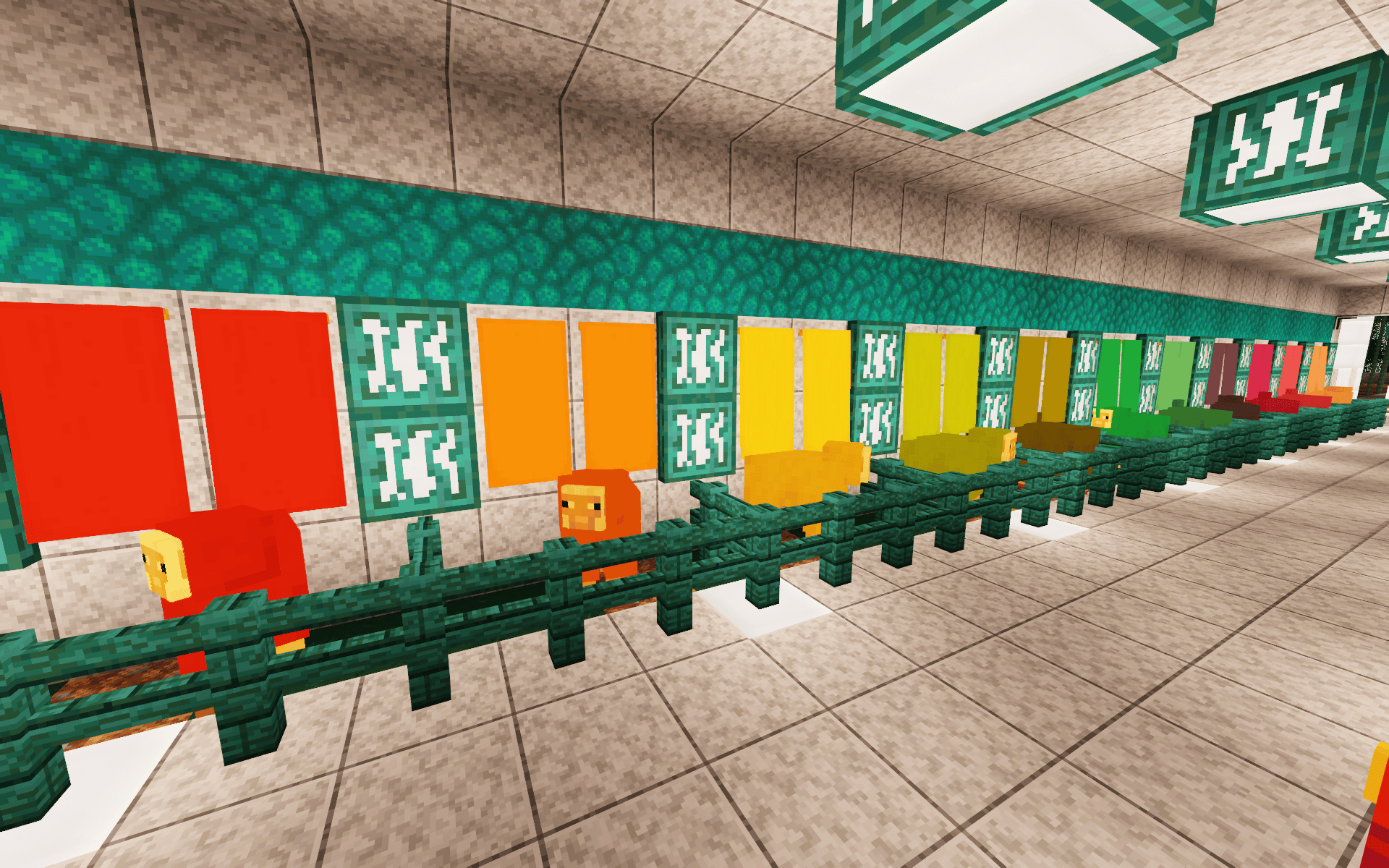 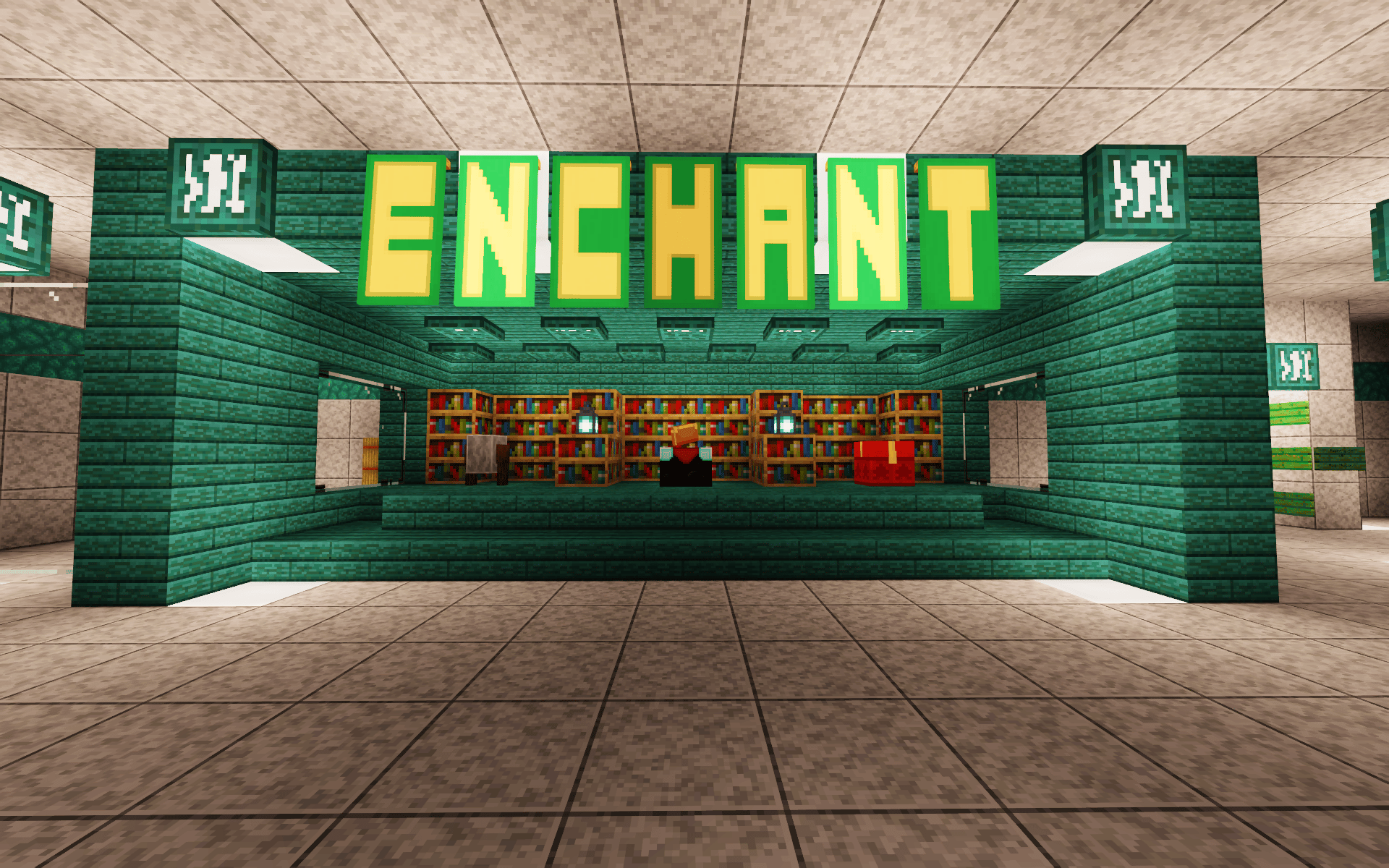 “I thought it would be fun to collect as many mobs as possible for people to see, but I wanted something more than just walking by and looking at them. Eventually I got the idea to make it more of a learning area. I wanted to have information shown about each mob. Stuff like where they spawn, what items they drop, fun facts, etc. Besides being interesting, I thought maybe it could help new players learn more about the game too.
.
I was able to get some of them from normal spawns on my plot, but the majority were gotten with the help of my friends and other players. Once people got wind of what I was making they began to message me whenever they came across any mobs that I might still be needing. I honestly could not have gotten this all done without such a great community of people helping me along the way. And boat rides… lots and lots of long, slow boat rides across the rails and main paths transporting the mobs back to my plot…”
. 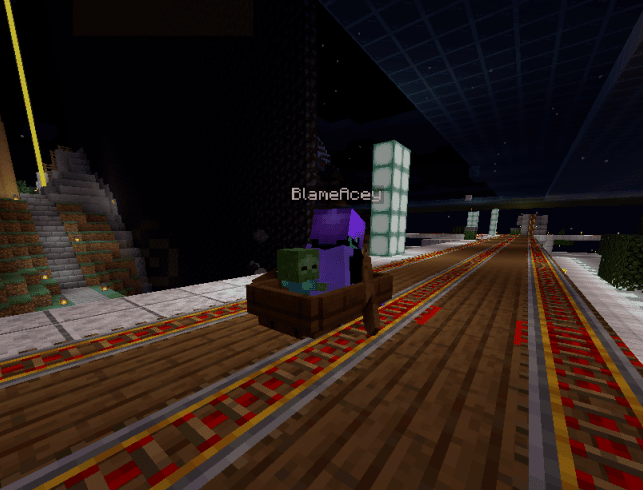 .
“The baby zombie mannequin was the one that took the most effort. All of my “mannequins” are just mobs that come from spawners. For some reason they don’t move at all, which makes them perfect for window mannequins. The baby zombie was insanely difficult to get back because their short height prevents you from pushing them into boats on a higher block to make them “hop” up into it. At the time the only zombie spawner I knew of was one at the edge of a friend’s plot with no easy way to get it home. There were too many blocks that needed to be hopped up onto in order to reach the main path with a boat. After scouring the area for any possible path to a rail area, and failing numerous times at building towards them, I realized the only shot I had was somehow getting the boat on top of a specific patch of trees on a neighboring plot. If I could do that there were spots I could row towards and eventually drop down onto the main pathway.
.
So I built a giant bubble elevator up to the sky and extended a water path towards the edge of my friend’s plot in the hopes that I could launch off the edge and land on those trees. The first time I didn’t build it high enough, then the angles were off or I fell short of reaching the trees. After failing for quite a while, my friends CMoney and the7 began helping me tweak it and test launch boats off it. Cmoney figured out that slightly changing the blocks at the very end of the water path would give you a little more momentum. It was juuuust enough of a boost to where I finally landed on top of those trees. So I attempted it again with the baby zombie in the boat and made it. It was a huge win lol. I completely mangled my friend’s plot getting it but thankfully I’m good at putting things back in their place. The entire process just to get that baby zombie back took many, many hours over the span of a few days.  But it was totally worth it to be able to add it the extensive collection I have built up.”
. 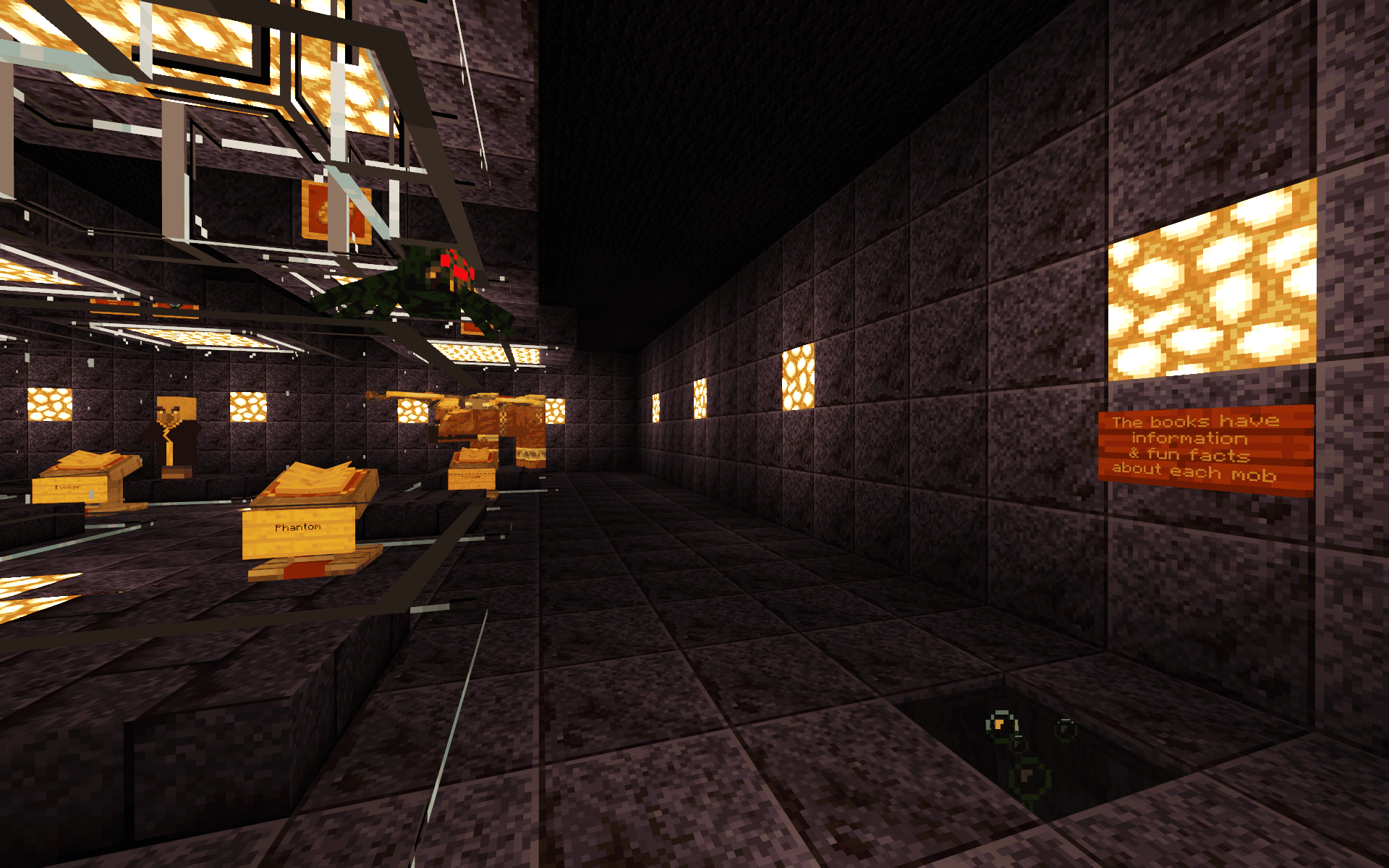 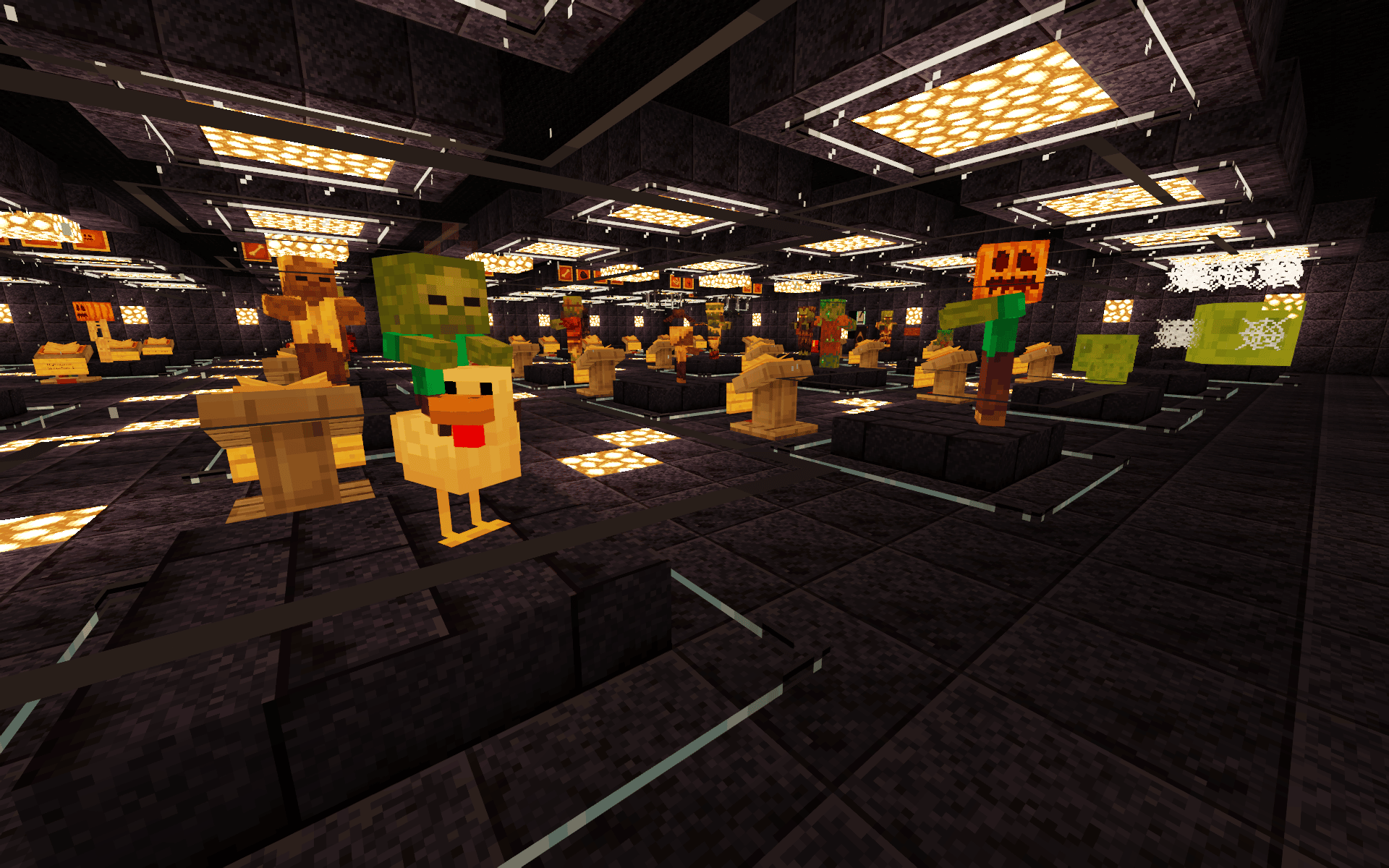 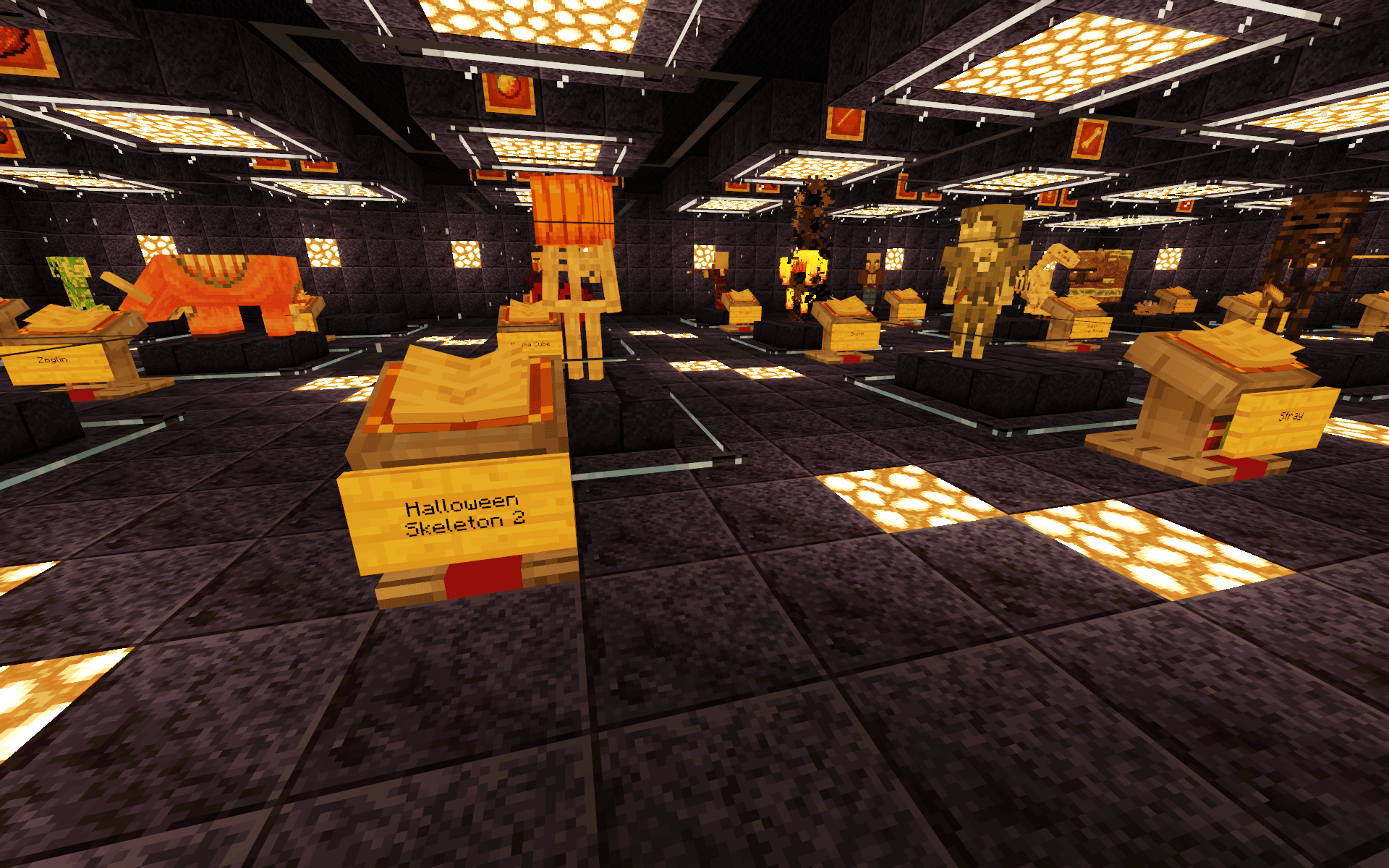 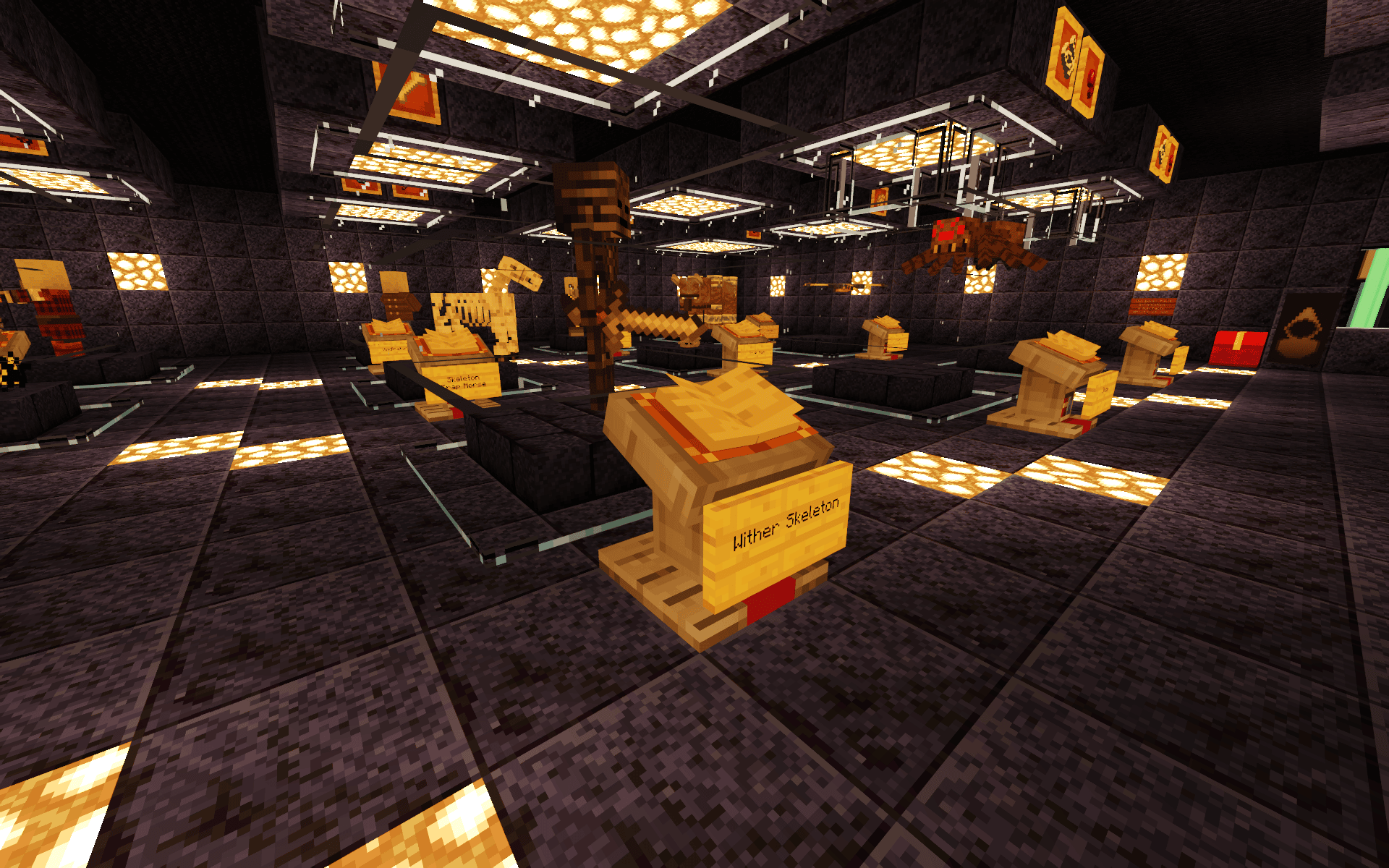 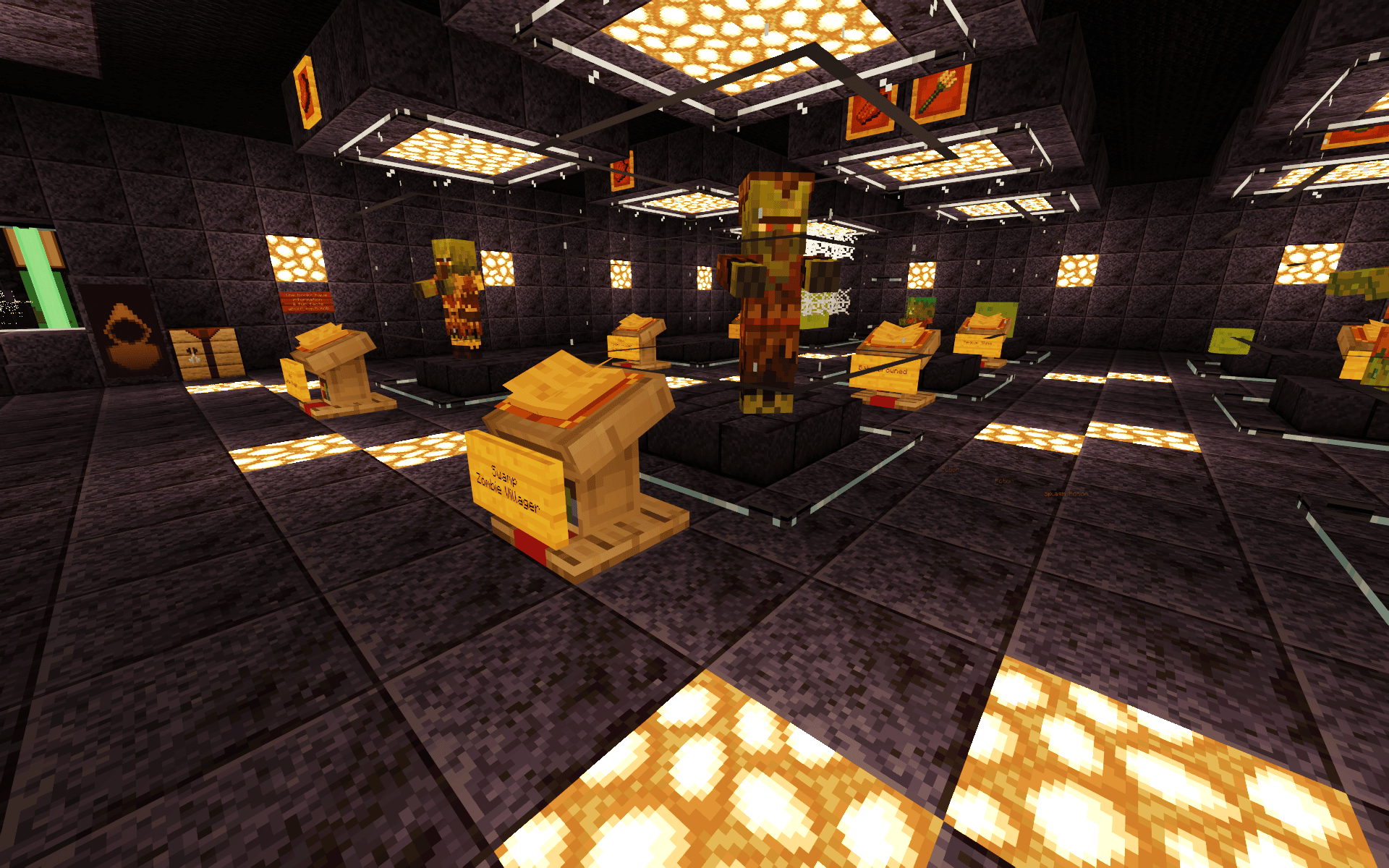 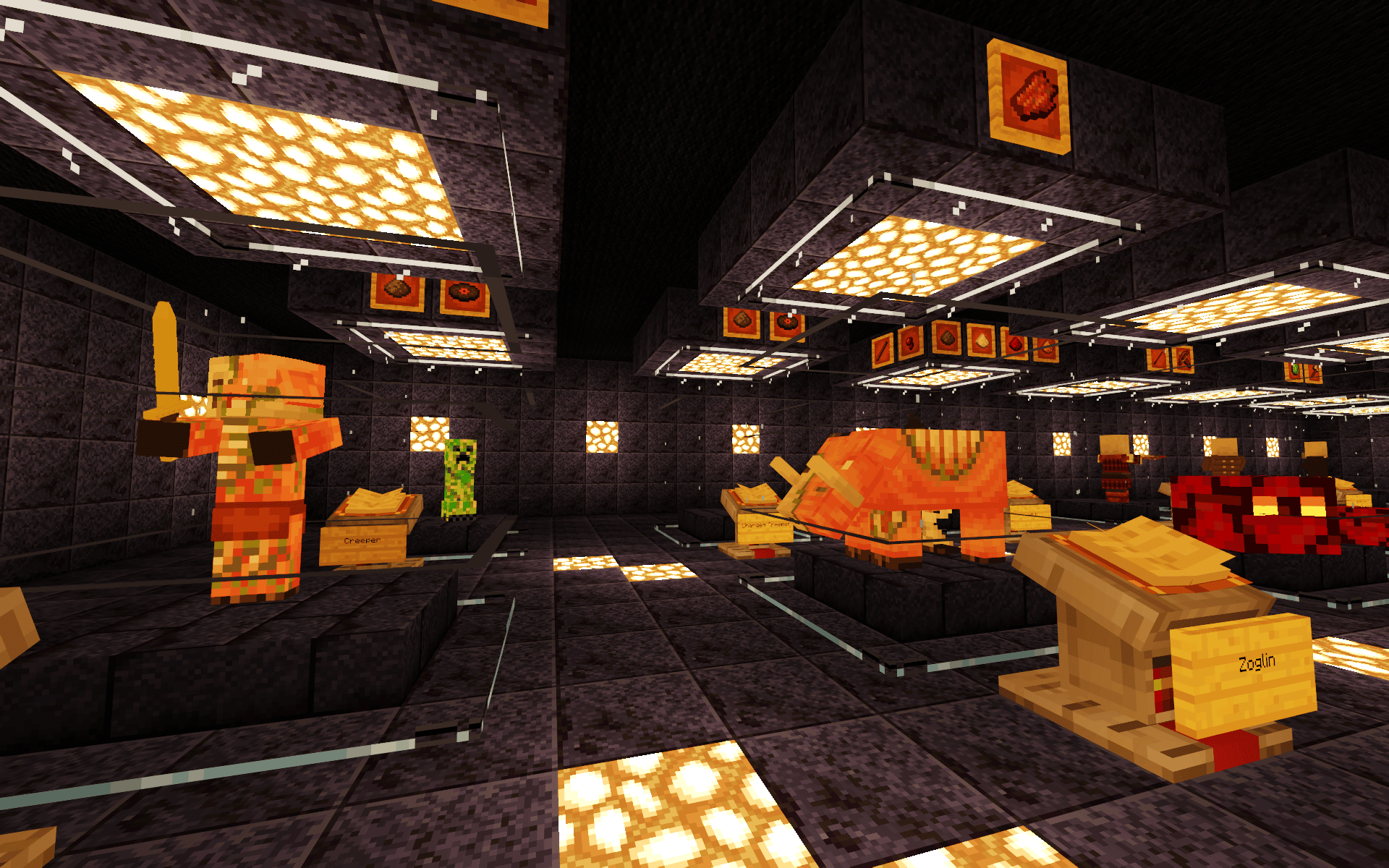 The one I thought I’d never get was the Charged Creeper. You have to use a trident to hit a creeper with lightning which transforms it into the charged version, but you can only do that during a thunderstorm. I honestly thought thunderstorms were bugged on Upluft (maybe they are somehow?) because I hadn’t seen one in over two months. Even if the world map website showed the thunderstorm icon there wouldn’t actually be one in game. One night I couldn’t fall asleep so I got back on to do a bit of mining around 1am. After about 10 minutes of clearing out some blocks, I heard thunder and couldn’t believe it. I ran to get my trident and went up to the roof and there was a creeper already waiting there for me. I had basically given up on getting it so I was super happy about that one.” 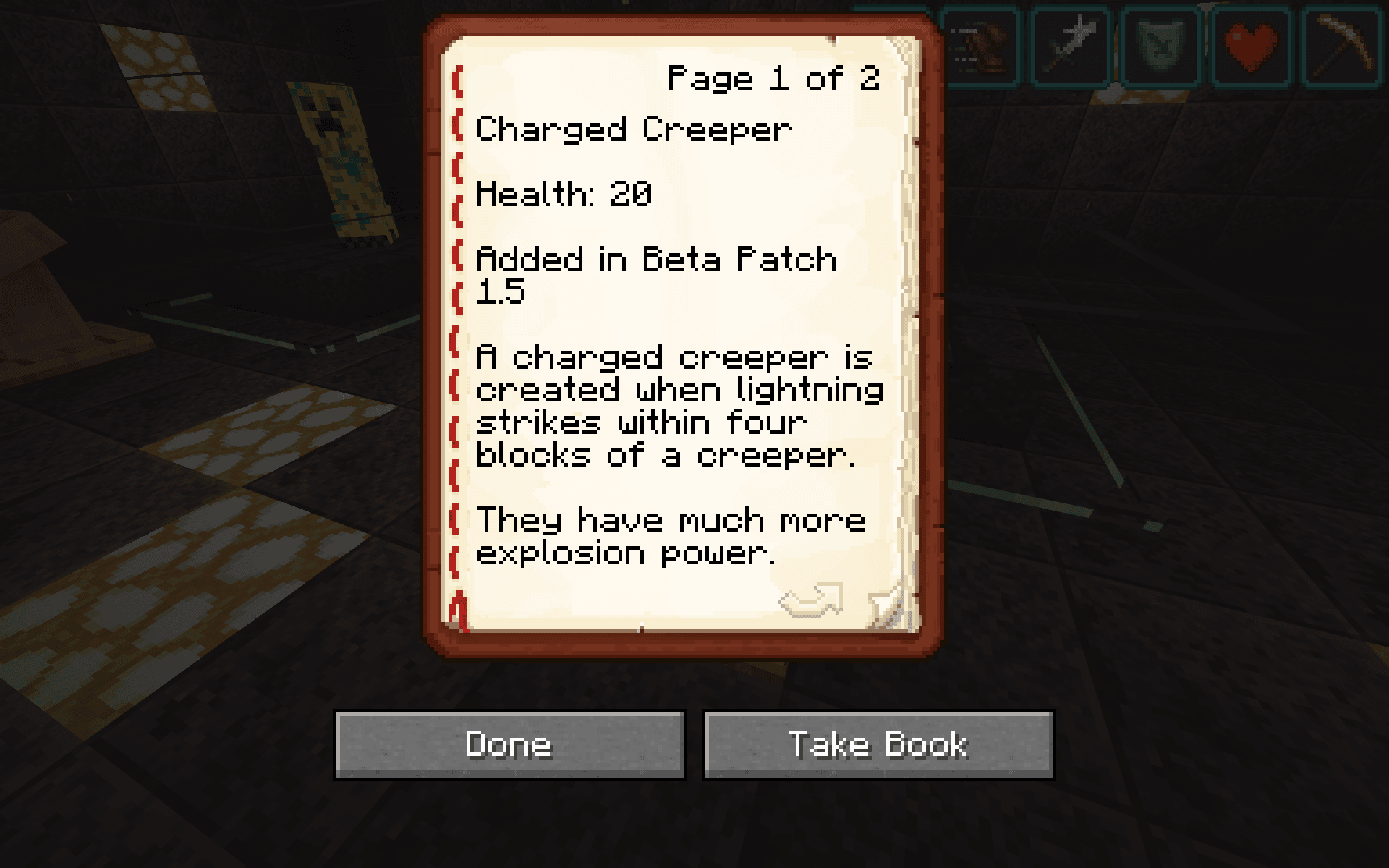 “All in all I’m pretty impressed with just how the whole place came together.  Having the mobs there to see as well as all the information on each and every one of them is something that I’m quite proud of accomplishing. I really do hope people take not only the time to wander through the museum, but also open the books and take the time to read the facts I’ve also collected.  And when you do drop in for a visit please consider taking a selfie or screenshot and tagging BlameAcey on Twitter or dropping into one of my live Theta streams and letting me know your thoughts in the side comments. In the meantime, please do all take care of yourselves and don’t forget, now there is a place to go to learn about all that fright in the night, The Mob Museum in Upluft at 3300, 3550.”

Special thanks to Acey for taking the time to share the backstory behind The Upluft Mob Museum for this episode of #Shameless_Plug_of_Uplifting_Proportions, an ongoing series intended as a showcase for fellow UpLifters to shill their amazing metaverse creations to the broader community.  Also shout out to MaxLife for putting us in touch with Acey and all the others he has taken the time to so graciously connect us with.

For any out there that may want to do or take part in a feature of your very own, whether it be from this series or any other, please feel free to reach out to Jimmy D on Telegram, Twitter, or Discord anytime so we can get all that you do in our shared metaverse out there for the broader world to see.  And thank you to all of you out there for the love and support you constantly throw not only our way, but into this collective experience that we are so lucky to be a part of and share together.  Please like and share this out for the collective good, and continue being as amazing with all that you are doing in The Uplift World and beyond.

*Text for the above article provided by Acey.  All images and editing done by Jimmy D