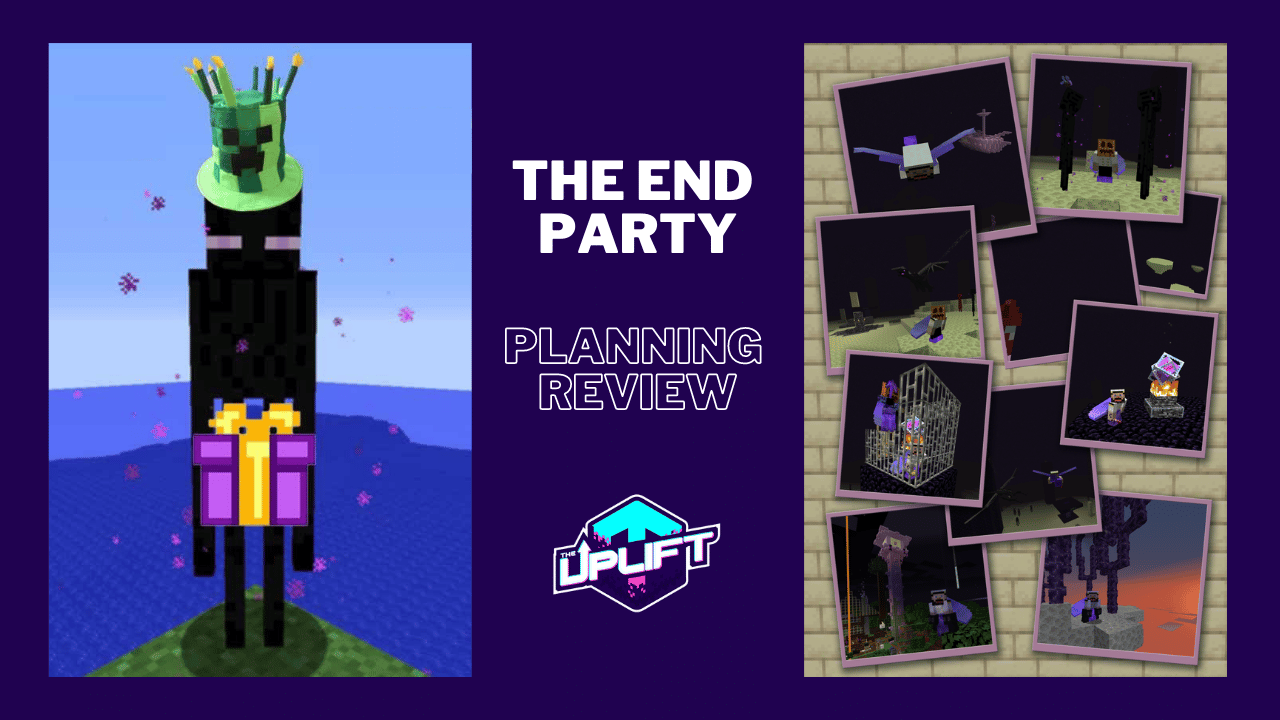 Our first event created and run by a pre-DAO committee has concluded, and we have learned many lessons. The purpose of this writing is to share what we’ve learned with the incoming DAO committee chairs and members and to be transparent with the community in terms of what to expect from an elected committee.

If I were to chair another committee, the first rule I would ask the members to vote on is to maintain a solution focus at all times. What does this mean? It means that you can’t complain or criticize without also proposing a solution at the same time. For example, instead of saying “You can’t have keep inventory on because it will flood the market with items and that will destroy the market and some people’s livelihoods!” you could try saying “If you have keep inventory on, it will flood the market and destroy some peoples’ livelihoods; however, if you have keep inventory on for only 24 hours, people can go in and explore, get what they want, and it is unlikely the market will flood. Maybe this could be done at the beginning, and not do the first dragon spawn until the second day. What do you think?” In this case, the committee might hate your suggestion and vote it down, but in order to do that, they’d have to present a counter solution at the same time. Maybe make some rules around violators, such as if you complain 3 times without proposing a solution, the committee can vote on whether or not to revoke your committee membership.

Voting and Creating a Vote

I didn’t even think of this until after the event. Obviously members should be able to present ideas for voting, but with all the committees being completely new, having a procedure in place will both keep things orderly and empower new committee members who might not be used to raising their voices in groups. It could be as simple as anyone can create a vote but maybe when you do, you have to tag @channel, pin the vote, and probably limit the number of responses per vote to something reasonable like 3 or maybe 4 choices. To keep solution focus in mind, committees could have a vote option for “other” with a rule that anyone who chooses this option must provide an alternate solution with their vote. How and if to use abstentions should also be set out clearly. This would be up to the individual committees to consider what’s appropriate for their area of interest. It would also be important to have a list of issues that would require a mandatory vote, such as ban appeals, rule changes, committee membership, etc. Each vote should also clearly state how long it’s open for – 24 hours, until enough people have voted for it to pass, or whatever criteria the committee agrees on.  Lastly, what is the criteria for passing a vote? Is it a simple 50% majority? Is it a two-thirds majority? When is a consensus necessary?

Oh Crap, We Changed Our Minds!

Your committee’s deadline for this complex project is noon today, but at 9 am one person says yeah, I’ve changed my mind about that…. And then another person agrees, and three more, and all of a sudden all 20 of your votes need to be redone… but your deadline is at noon and your committee is scattered across global time zones. Oh no! It’s probably a really solid idea to have rules around this. There is nothing wrong with changing your mind when you’re presented with new information – it is often necessary and a good thing. In order to keep things on schedule and give the Operations Committee enough lead time to implement whatever you’re voting on, you need to establish when your point of no return will be, and make sure everyone knows that after whatever date and time, all votes will be considered final. If changes are made after the point of no return, there should be a policy for how to handle that in terms of who liaises with the Operations Committee about the schedule, how to debate and vote on the necessity of the change vs staying on schedule, and possibly even go as far as to have a checklist of potential impacts (i.e. economic, time zones, Operations Committee availability, budget, scheduling and seasons, rewards, etc.) so that any discussion can be both thorough and expedited.

Deadlines are vital to the success of most things. Committees will need to work with the Operations Committee in many cases, and often other committees as well. There may be times when committees are working with external stakeholders or community members. Some deadlines will be more firm than others. Your committee might not need a formal deadline policy, but it is a good idea to have a straightforward, consistent, and easy to spot method of communicating around deadlines, outlining when the deadline is, why it is then, and who and/or what is impacted by this deadline. Having some sort of emoji on these posts is an easy way for committee members to show that they’re aware of the deadline and for committee chairs to see how effective the messaging is.

Expectations should be stated as clearly as possible. As an example, with the End Party, we came up with a plan and then presented our ideas to Tech Ops to see if they could all be implemented. One of the committee members was used to doing things differently – their expectation was that ideas would only be presented if we were certain they could be implemented. It was clear from the reaction of a couple other committee members that this was also their expectation, although they did not communicate this directly. If you’re planning something and you are not certain that it can be done, it is important to communicate that clearly. Depending on your committee and its purpose, it might be worthwhile to delegate responsibility to a committee member to liaise with the Operations Committee on any uncertainties before holding a vote.

In the event of a dispute that polarizes committee members onto opposing sides, it is probably a good idea to have some sort of formal dispute policy to follow. Having a short list of possible dispute moderators from outside the Committee is another potentially good plan. What this looks like and how it works would need to be determined by each individual committee and its mandate.

The rest of this is a discussion around things that came up that were specific to the End Party, and in some cases, events in general.

The Uplift has grown, and there is a need for in-world moderating. If your committee is hosting an event, figuring out a moderation schedule for both in-world and on the discord will be important. What powers should mods have, both in game and in terms of rule enforcement? Who will do the moderating? Do you have enough people to cover all the time zones? This is an area that might be best coordinated with the Rules and Bans Committee.

Before an event begins, define what roles, if any, World Observers will play in the event. Will they be moderating? Are they allowed to participate in hide and seek types of games if their alt account can go into spectator mode? Can the event be designed differently so that World Observers can also participate? Maybe they can participate if another mod is supervising them? Will their participation give them either a directly unfair advantage, or give the community the perception that they have an unfair advantage? What World Observer accountability measures need to be in place?

Disciplinary Decisions During and After an Event

Due to the nature of people being unpredictable and chaotic, there will always be something that happens that requires a disciplinary decision. Ideally, decisions should be made when the thing happens. Sometimes this is not possible. The committee responsible for planning/executing the event should have a plan for how to handle and enforce these decisions jointly with the Rules and Bans Committee, ideally as quickly as possible.

For any PVP event, rules around spawn camping, griefing, and ambushing need to be established. From my perspective, the best rules are the ones that can be enforced with in-game commands and settings, such as setting a spawn region where no one can build and making that region no PVP. Whatever the rule is, it needs to be stated clearly in more than one place (such as in the discord and in game with floating text), including disciplinary consequences for violation. This also needs to be communicated to the Rules and Bans Committee.

For future End events, whether or not players are allowed to place/use beds needs to be established. For anyone who doesn’t know, using or placing a bed in the End causes the bed to explode. When planning an event, if possible, it would be great to have a community advisor who has some level of expertise on the subject of the event. They can help design a smooth process for running the event, and will know what issues to bring up for creating rules.

The answer to this is incredibly easy – get your marketing and promo material out to the people before the season ends. That said, this will require a decent amount of advance planning. Having a centralized Events repository and being able to work with a Marketing Committee will greatly help.

Hiding Items for an Event

Hiding items is a manual process that requires a member of the Operations Committee who has operator permissions in-world. It can be done, but it is time-intensive, and if you’re doing an event with multiple resets, it means hiding new items every time a reset is done.

The Uplift World’s community is spread across the globe. Are you perpetually favoring or discouraging certain time zones? If you are running an event with multiple resets/start times or any other time-sensitive aspects, it is best to involve Operations Committee members from multiple global time zones. If you have someone available from the Americas, Europe/Africa, and Asia-Pacific, generally this will allow you to offer multiple times for everyone. It is a good idea to confirm availability of relevant Operations Committee members before getting deep into planning an event.

*Article written by The Jen