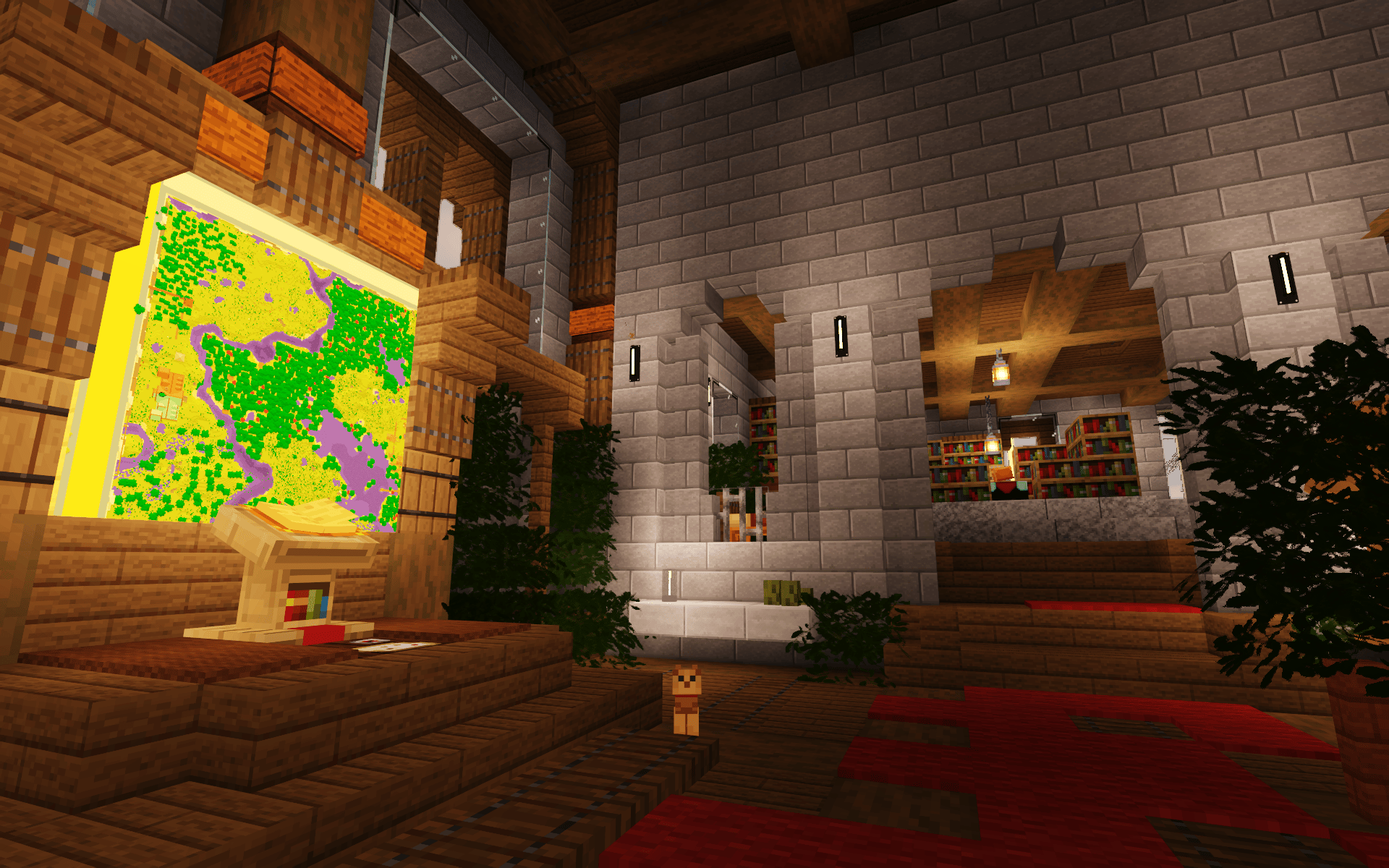 Not so long ago I was on my way back towards my stomping grounds after doing some coverage of the Gratitude spawn area when I came across this lone mansion on the side of the tracks.  Of course I needed to hop on in and have a look see.  The outside was really too impressive not to, and the inside held enough surprises that the images began filling the photo cache fast.  Hence, the Round About Impressions Gratitude Mansion article was born.

Not so long after completion of this piece, I finally succeeded in lining up the build rights for some plots that were connected to a northern offshoot wing of the Gratitude SkyRail.  The plan was to work my way north through the Sports Rewind Stadium (2850, 3550) in the making, over the rails and up to the Blockchain Cards HQ (2800, 3300).  From there it was a bit of planning but, I found that I could tunnel through the mountains and around the valley on the other side connecting to the rails running North South.  You can imagine my surprise when I finally got there only to see the Gratitude Mansion I had previously covered.  And so it came to pass that this area was now the northern outpost of one of the off shoot SkyRail lines. 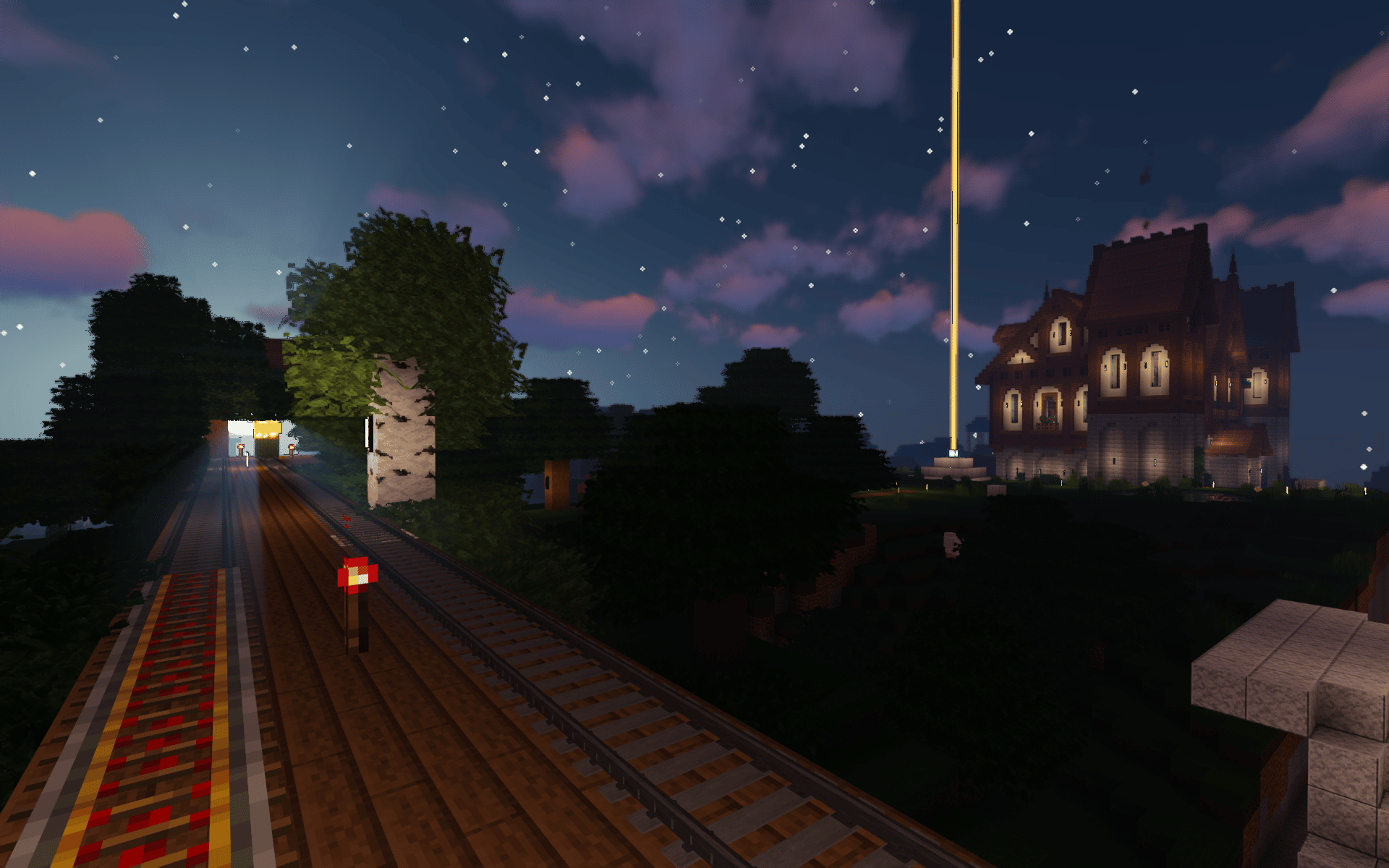 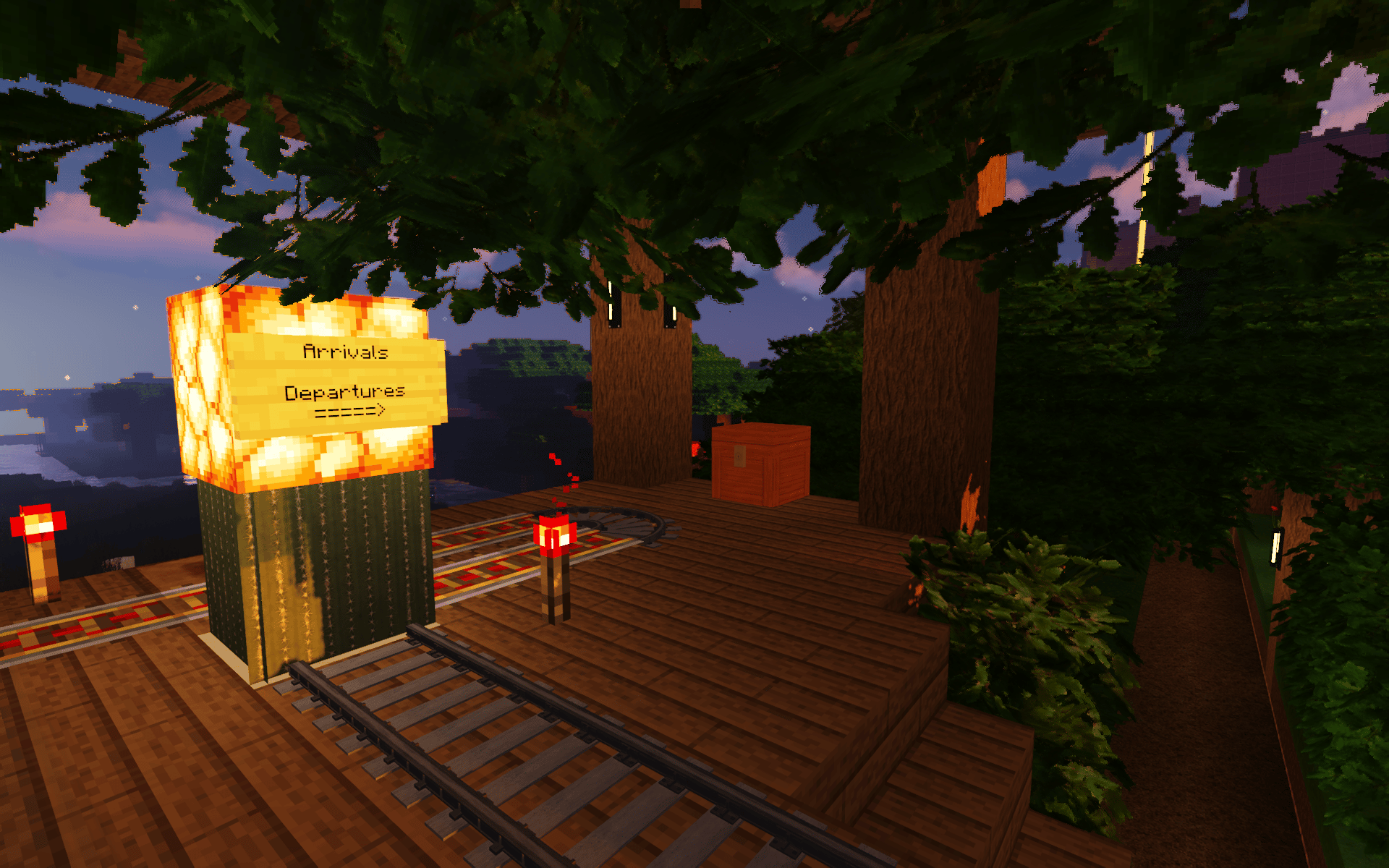 In getting all of this coordinated however, I was informed that in fact my first visit to the mansion was a little pre-mature and it was not actually finished (or a mansion).  Although Ghibli Castle appeared to be livable from the outside, the second and third floors had yet to be decked out to the builders specifications.  Of course I just had to revisit this and do it justice.  Plus, I thought it an opportune time to add some directional detail to the station area and signage to direct people to this really quite incredible survival world build. 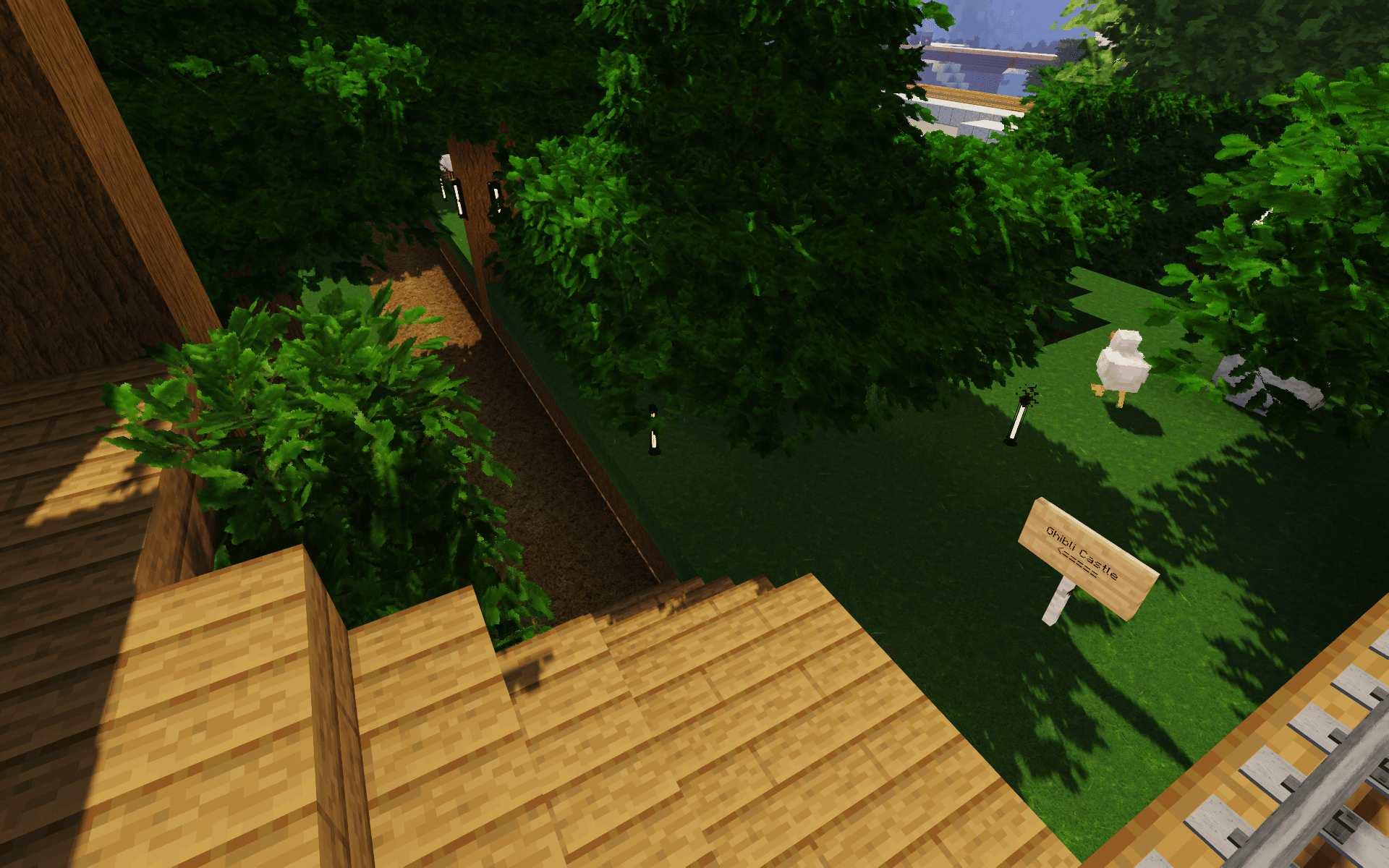 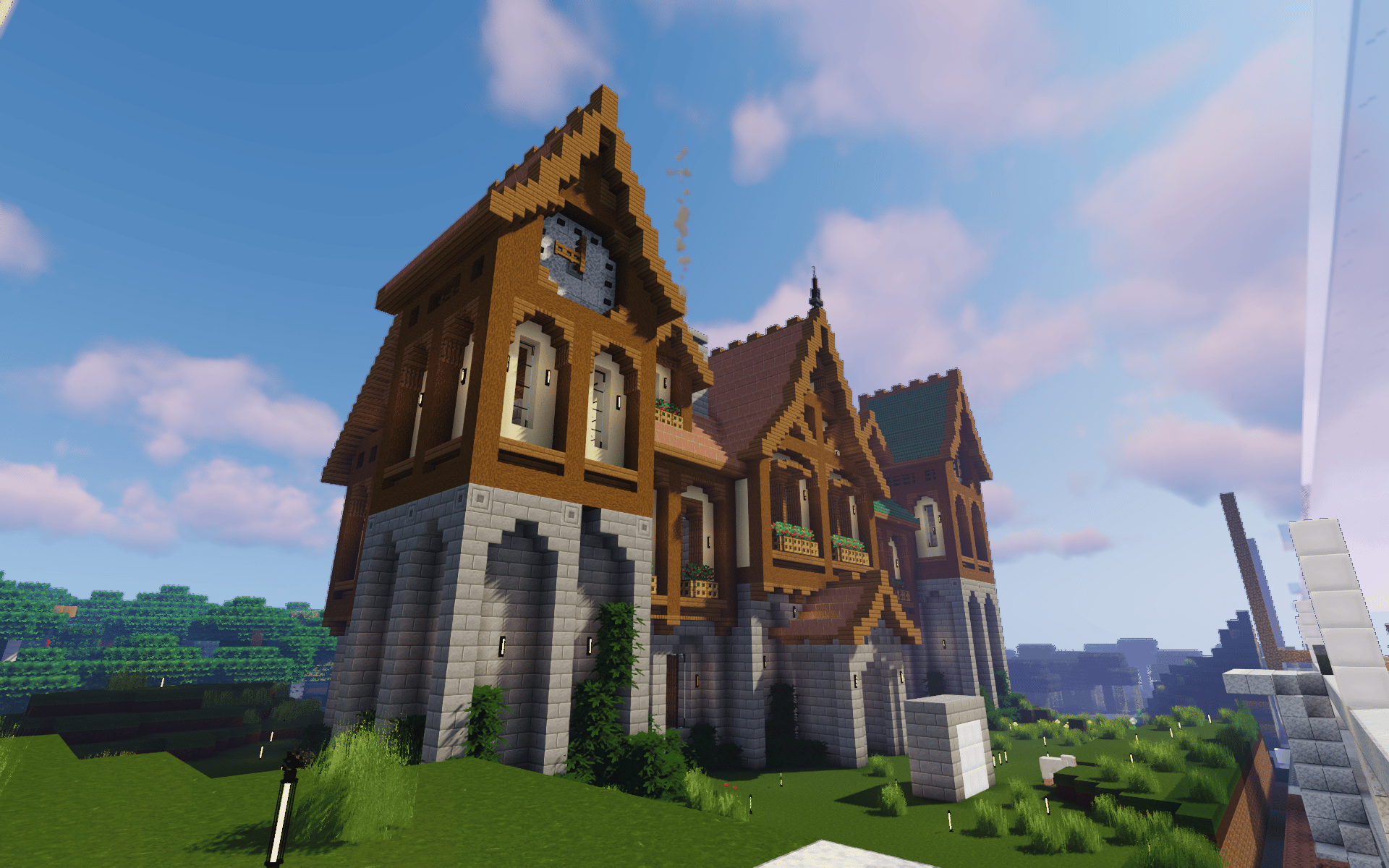 If you have yet to check out the first article on this build, I highly suggest it, as this one will focus mostly on the interior that was not finished at the time of composition for that piece.  Regardless, the main entrance for the castle and one of the best views is by far the western rail facing side.  Making your way in, the entrance area is as grand as you would expect for a castle. 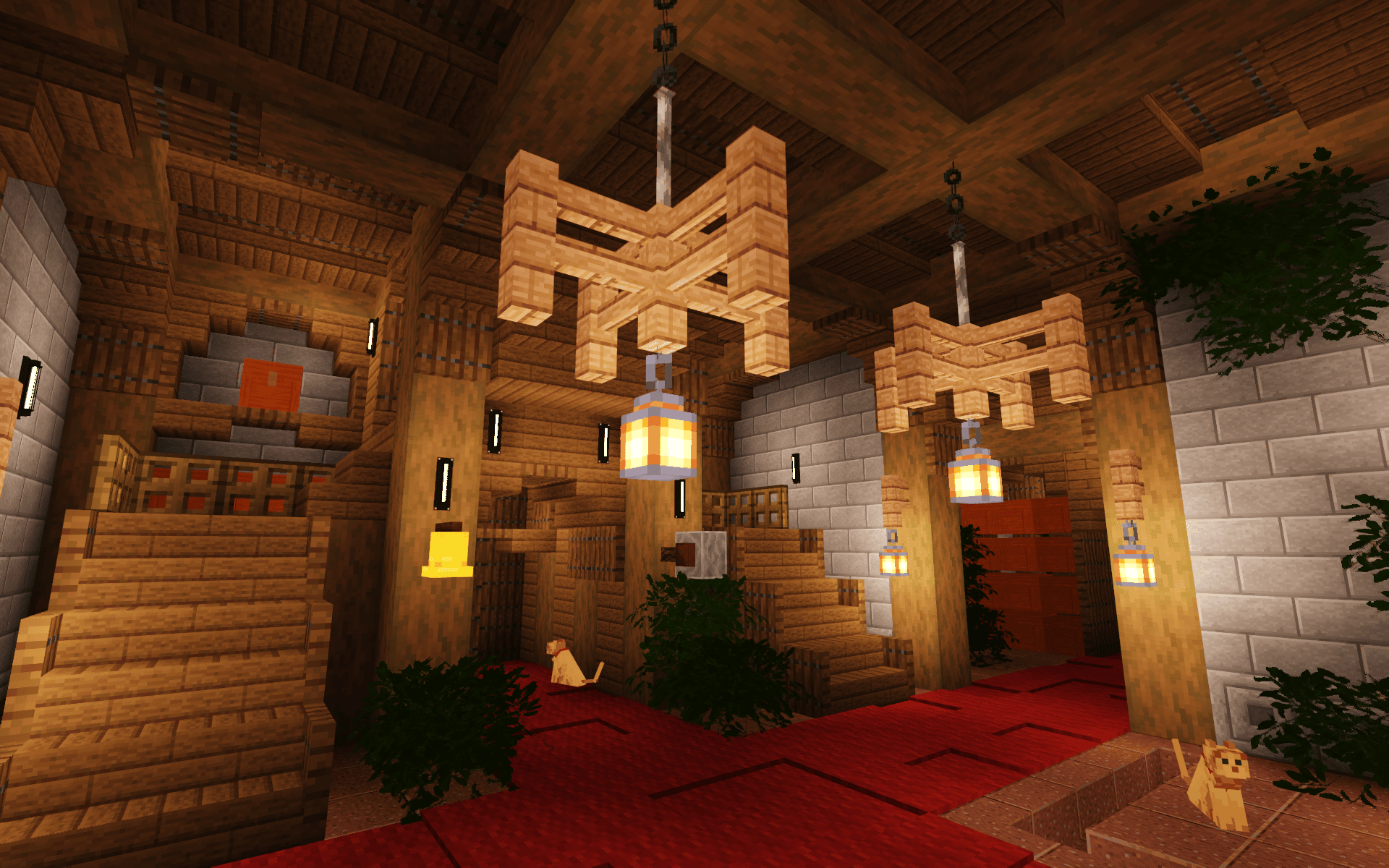 Making your way up the stairs you will find multiple rooms with some pretty exquisite details.  I’m especially a fan of the map showcasing the castle location in proximity to the untouched expanse around.

Honestly I was not sure what to expect, but I don’t think it was anything like this.  Some really interesting character in the multiple rooms off to the side of this main second floor landing area to wander about and explore. 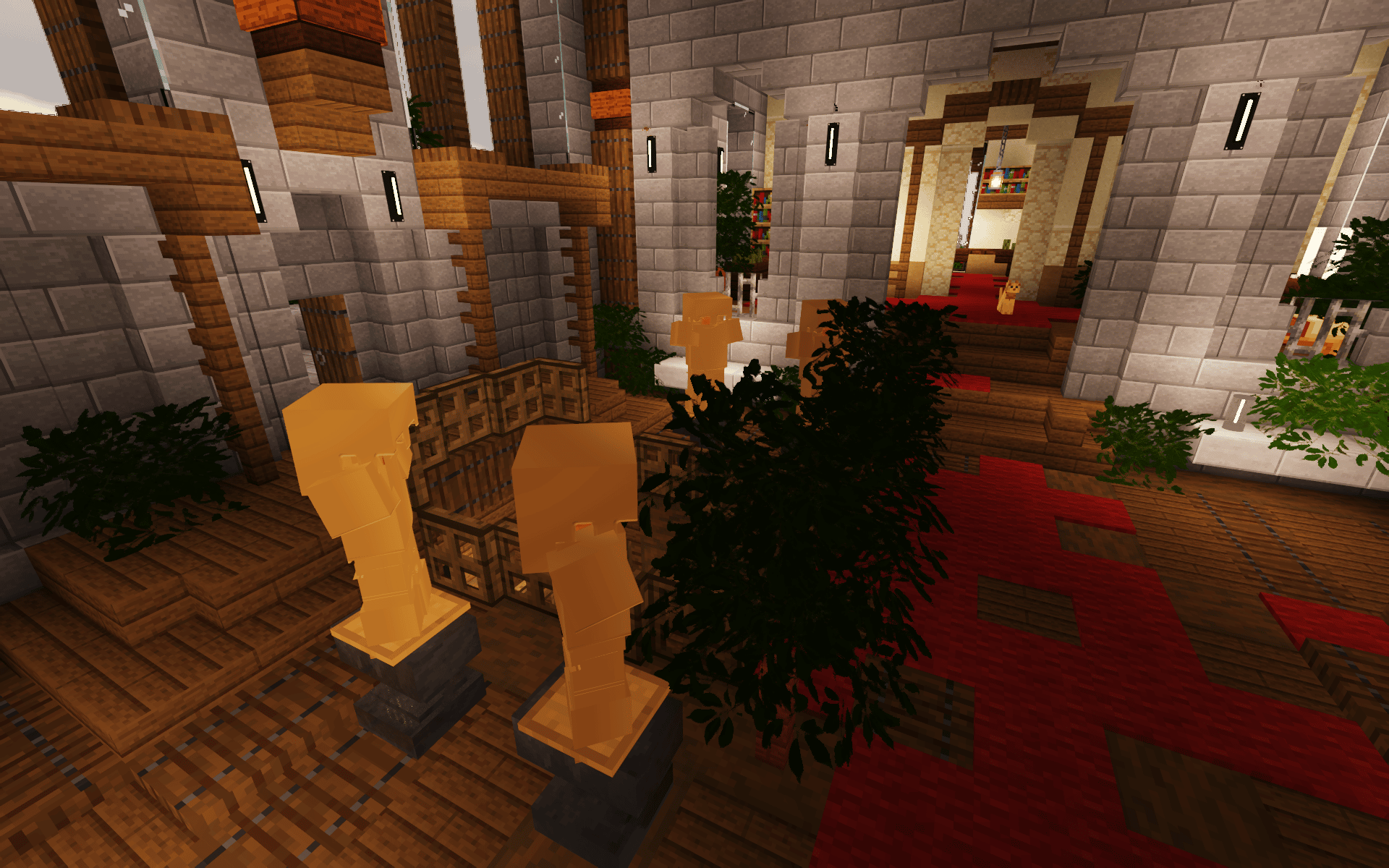 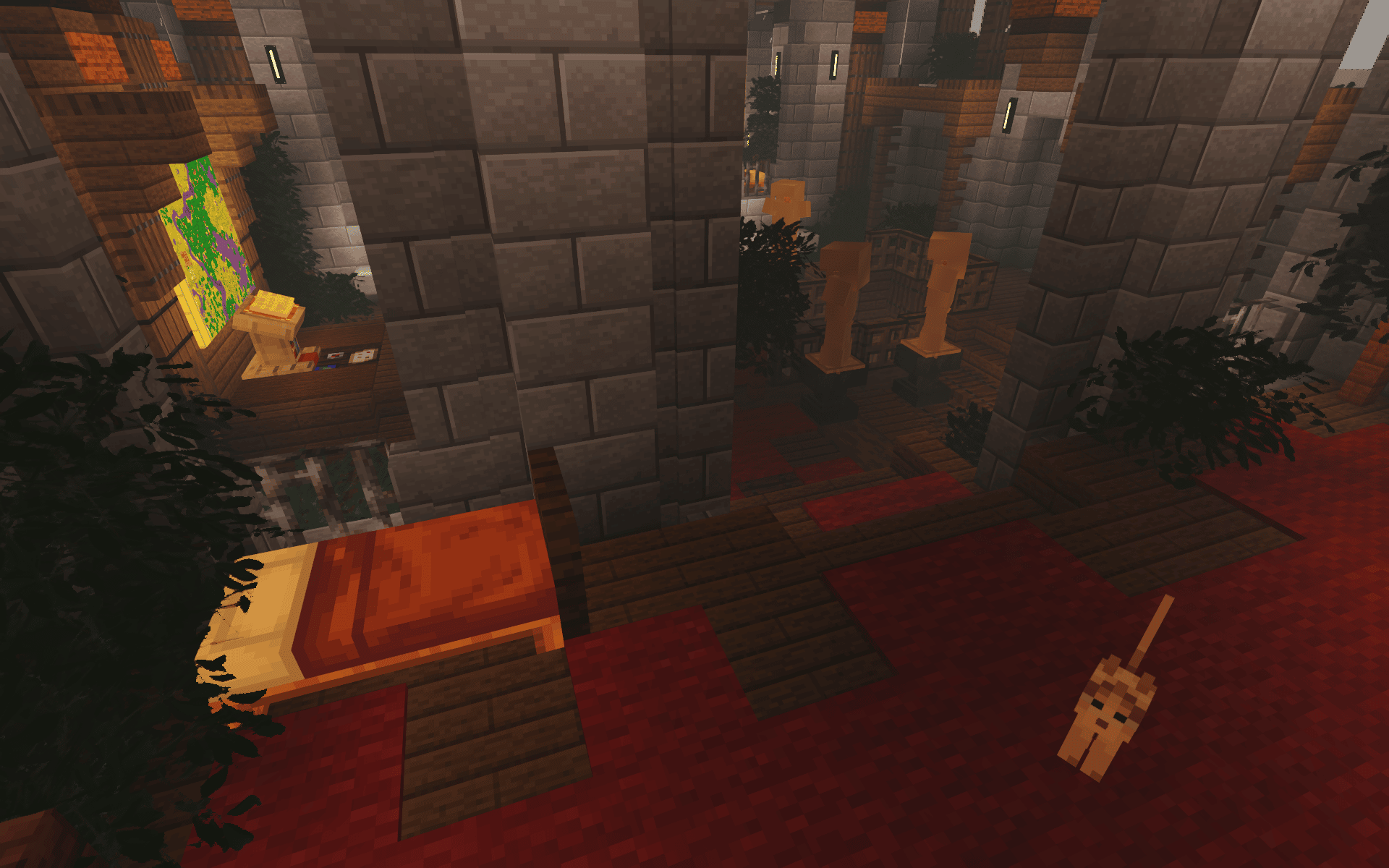 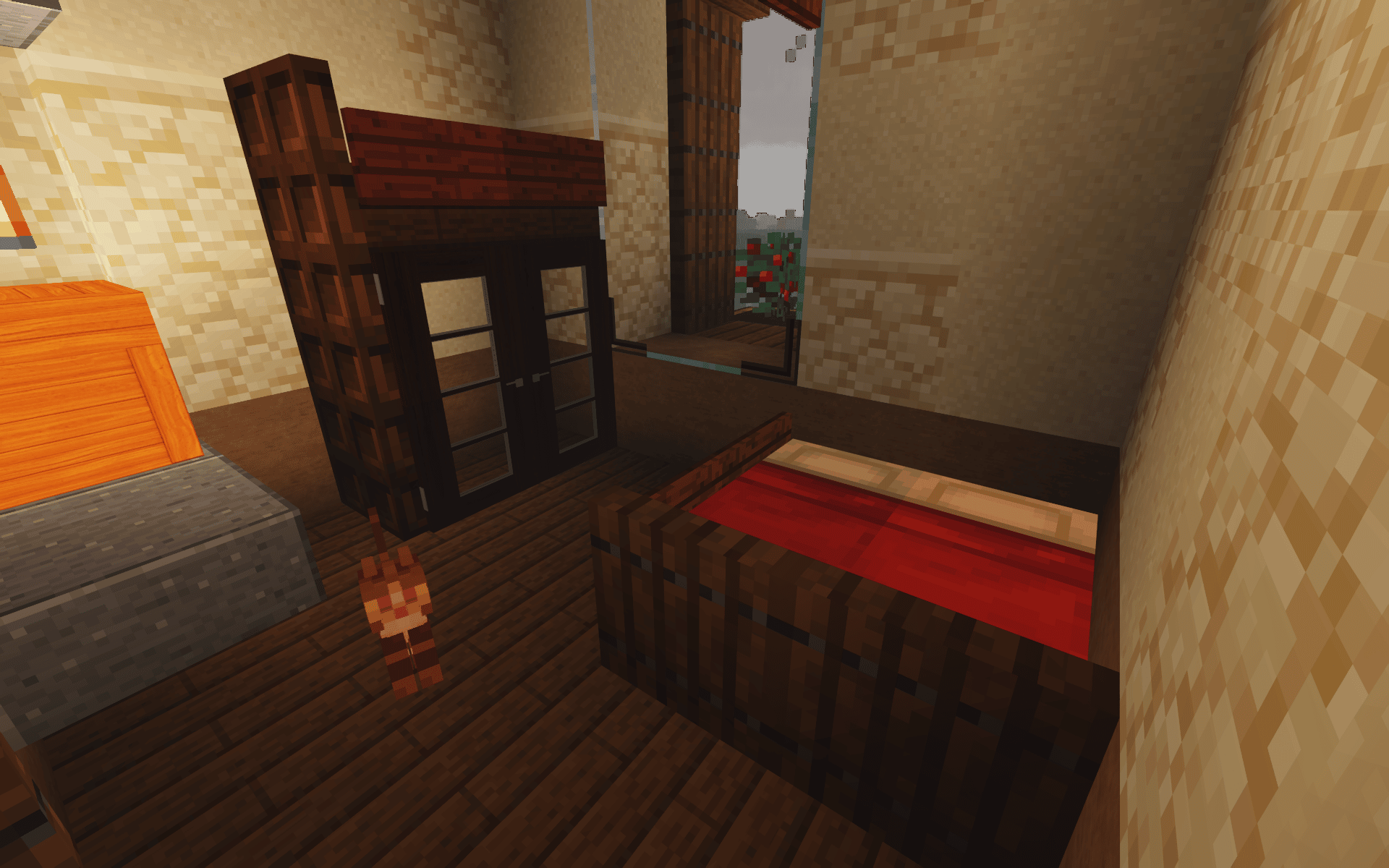 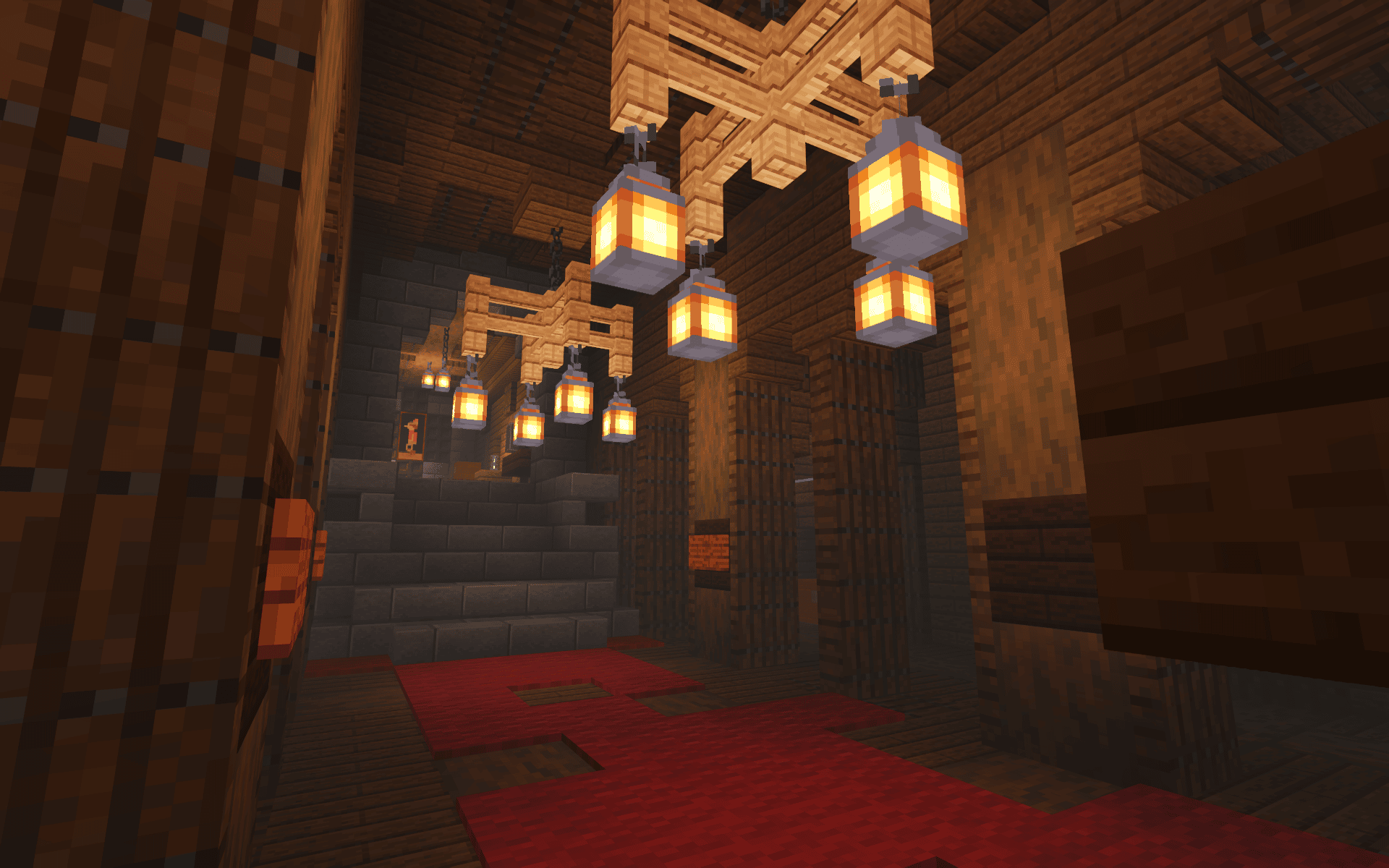 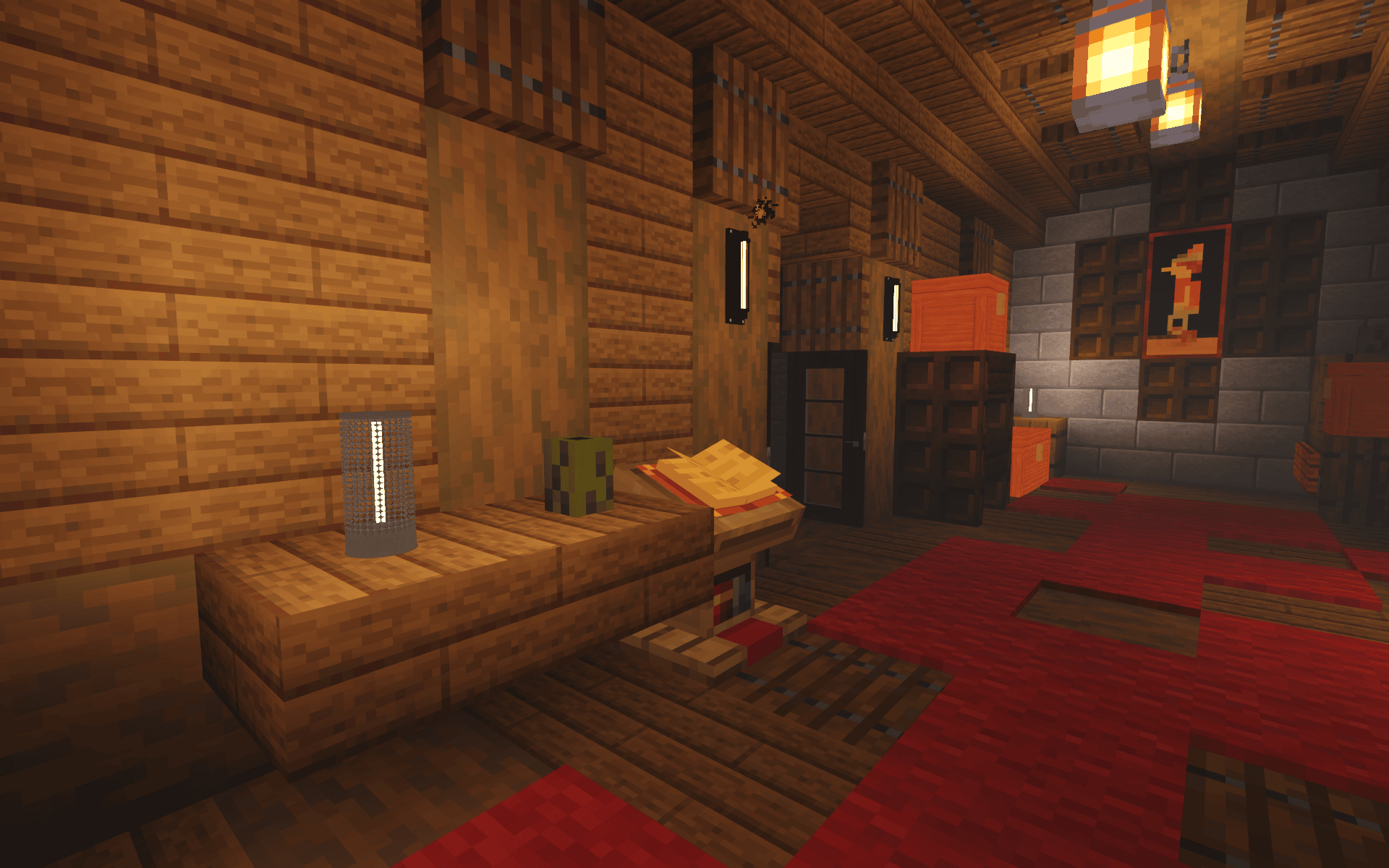 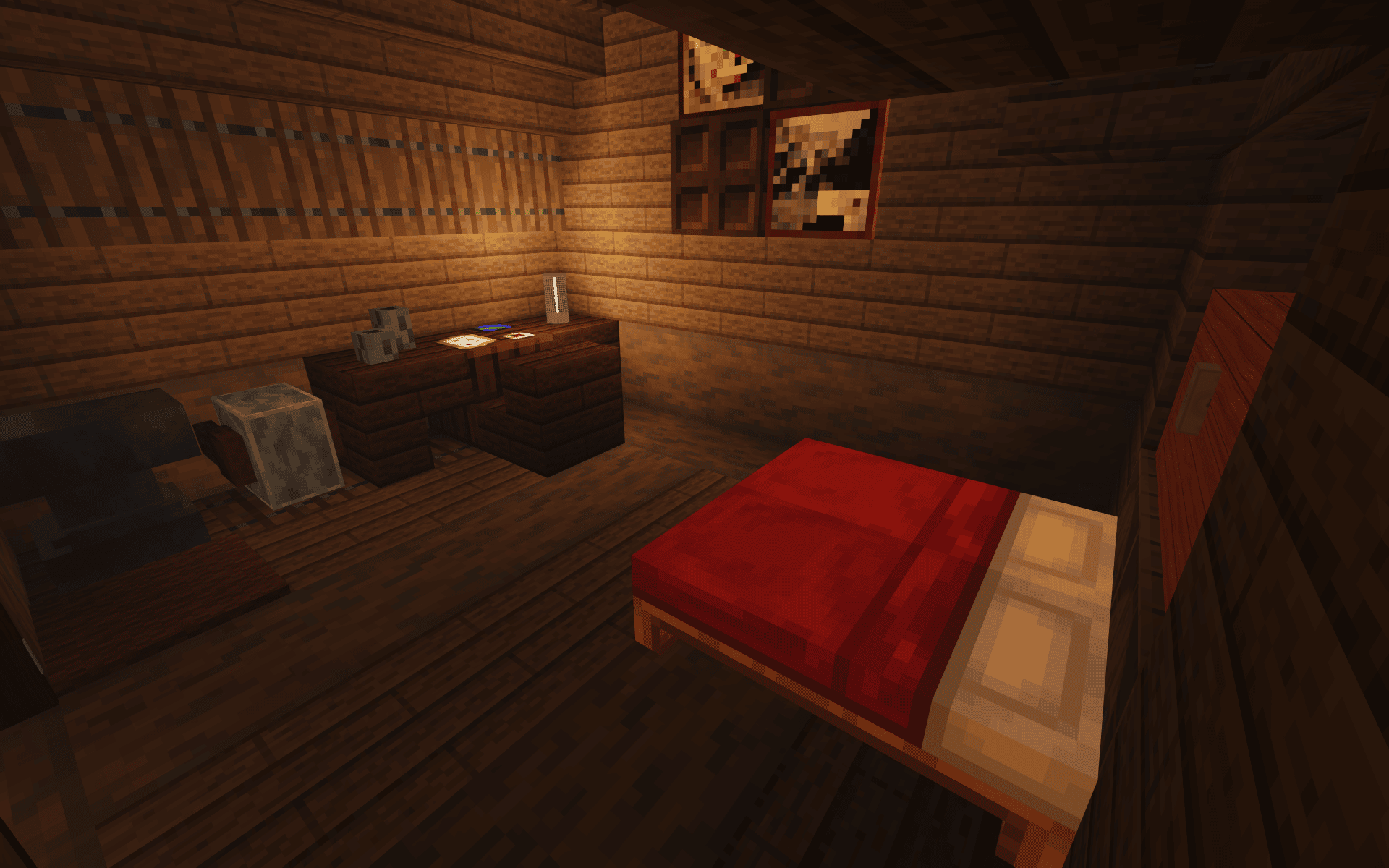 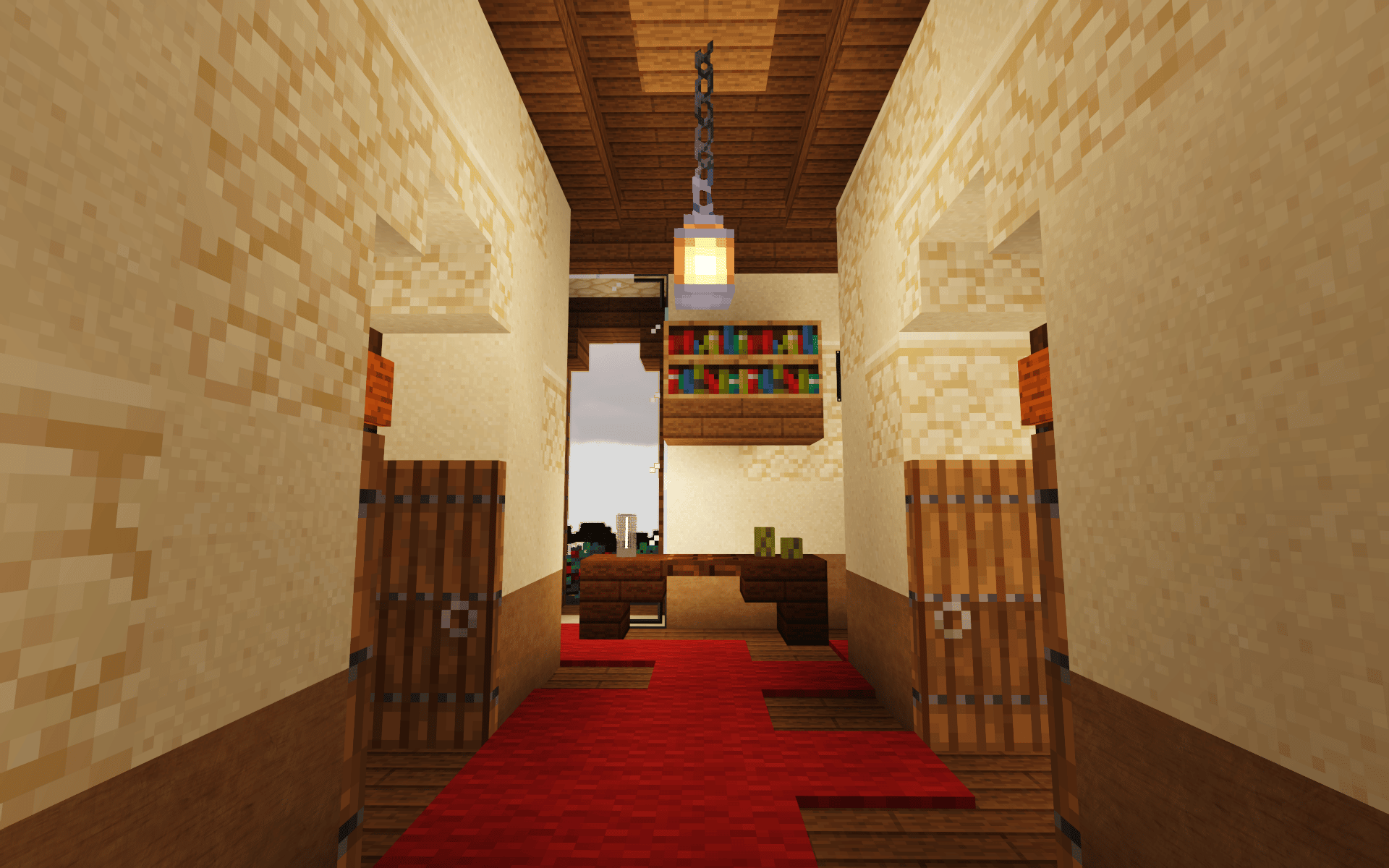 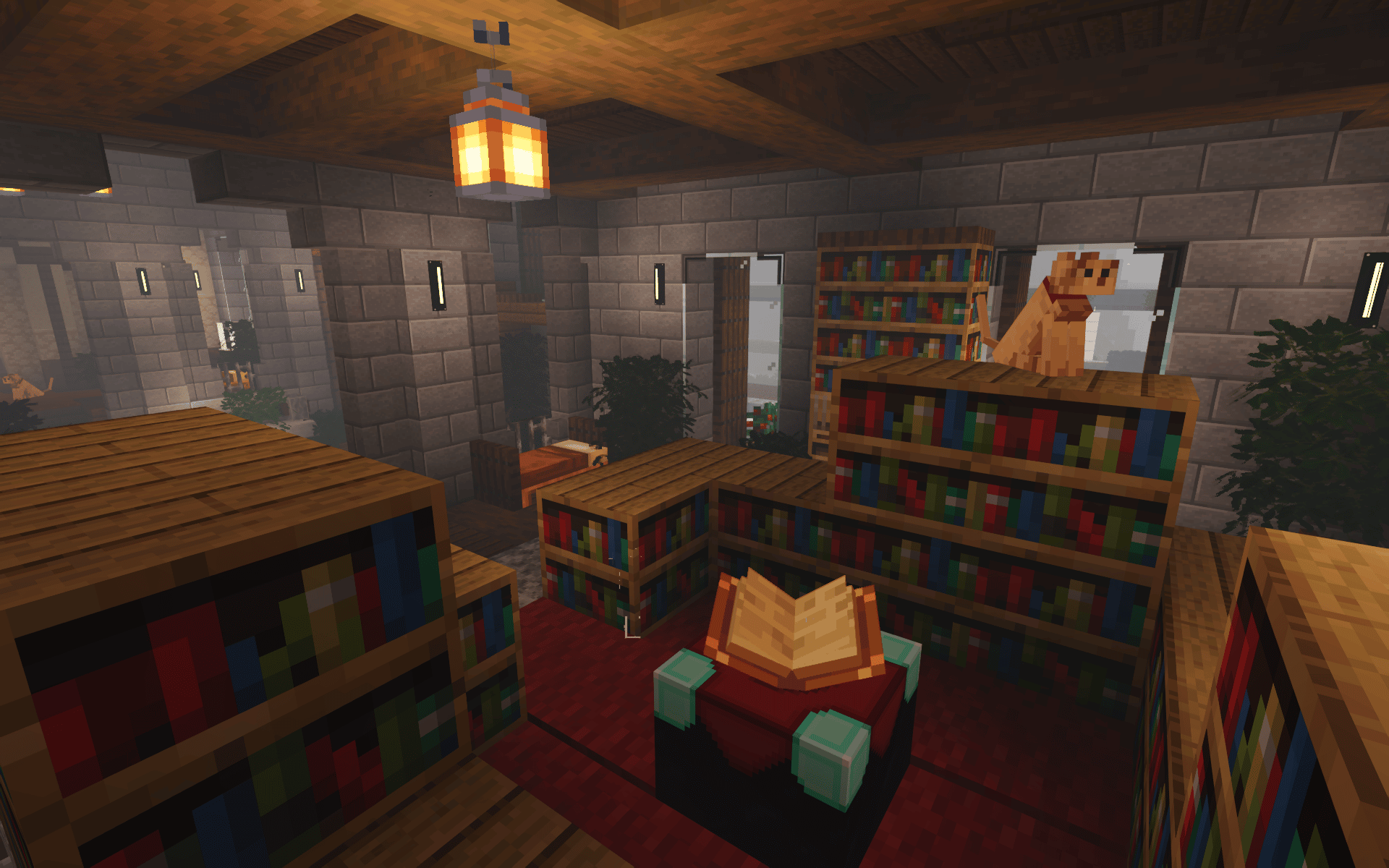 The contrast between the second and third floor, differentiation of the natural window and installed lighting, and composition of the various materials used for the foundational structure and interior accents really is something quite tailoring to the senses.  And again, this is only one small part of the build and the greater area, thus far pretty much uncharted land.  I for one am curious to see how this area develops and where the Ghilbi Castle Gratitude SkyRail Station will extend to next. 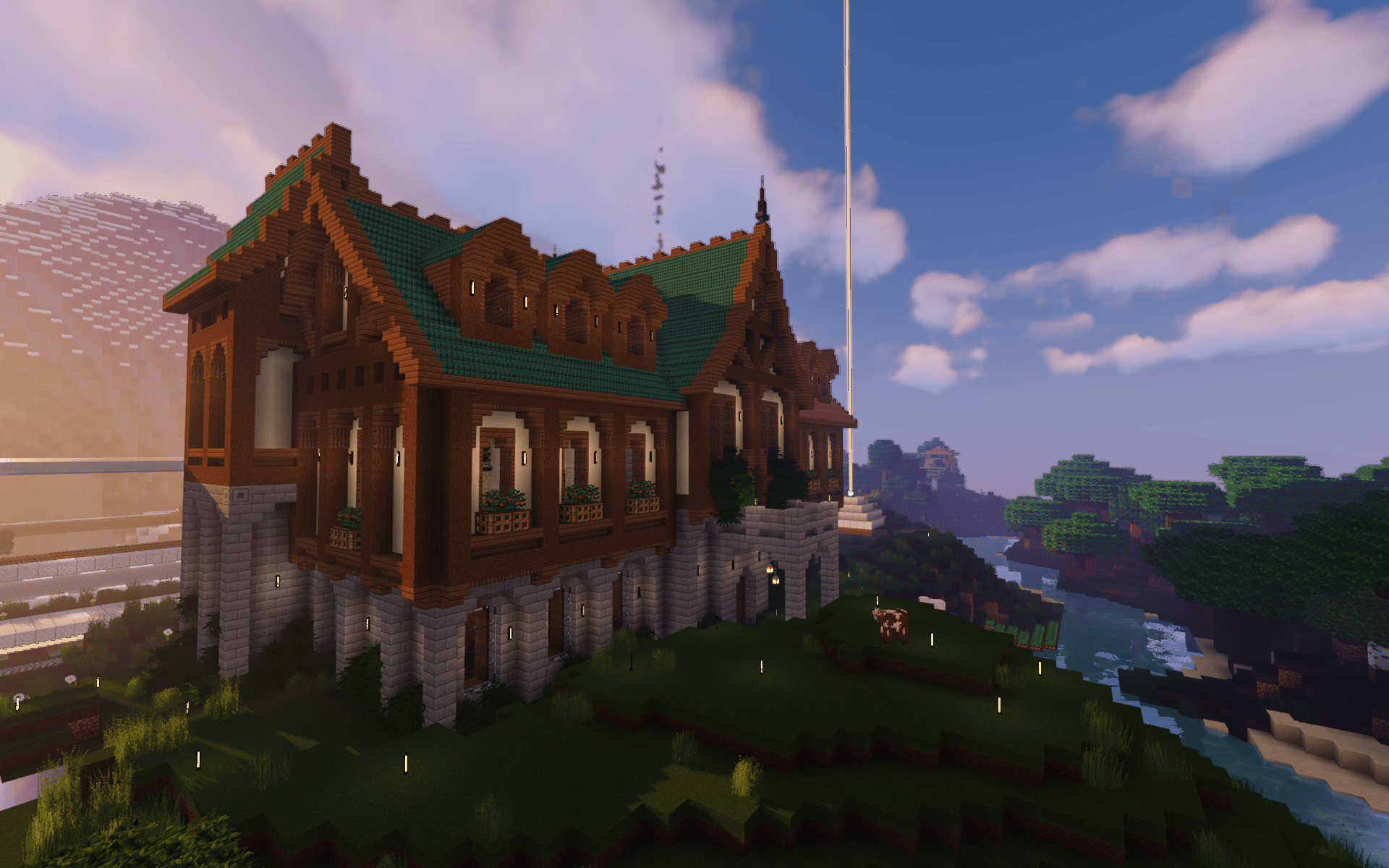 A multiplayer metaverse built on Minecraft consisting of 9 differing creative and survival worlds powered by blockchain based NFT’s, community members of The Uplift World have the ability to explore, build, and shape various creative and survival sectors and be rewarded through the process.  Beyond all the amazing styles of builds, we are looking at hosting an increasing number of events such as PVP E-sports or open gallery showings designed to entice the living community that is our foundation for positive growth and change. Interested to learn more?  Check out the official project links bedlow and be sure to brush up on the more top notch features on every variety of build you could possibly imagine by skimming all that speaks to your personal bias and style right here on WhereWeHideAllTheAlpha.com.

*Article and images by Jimmy D