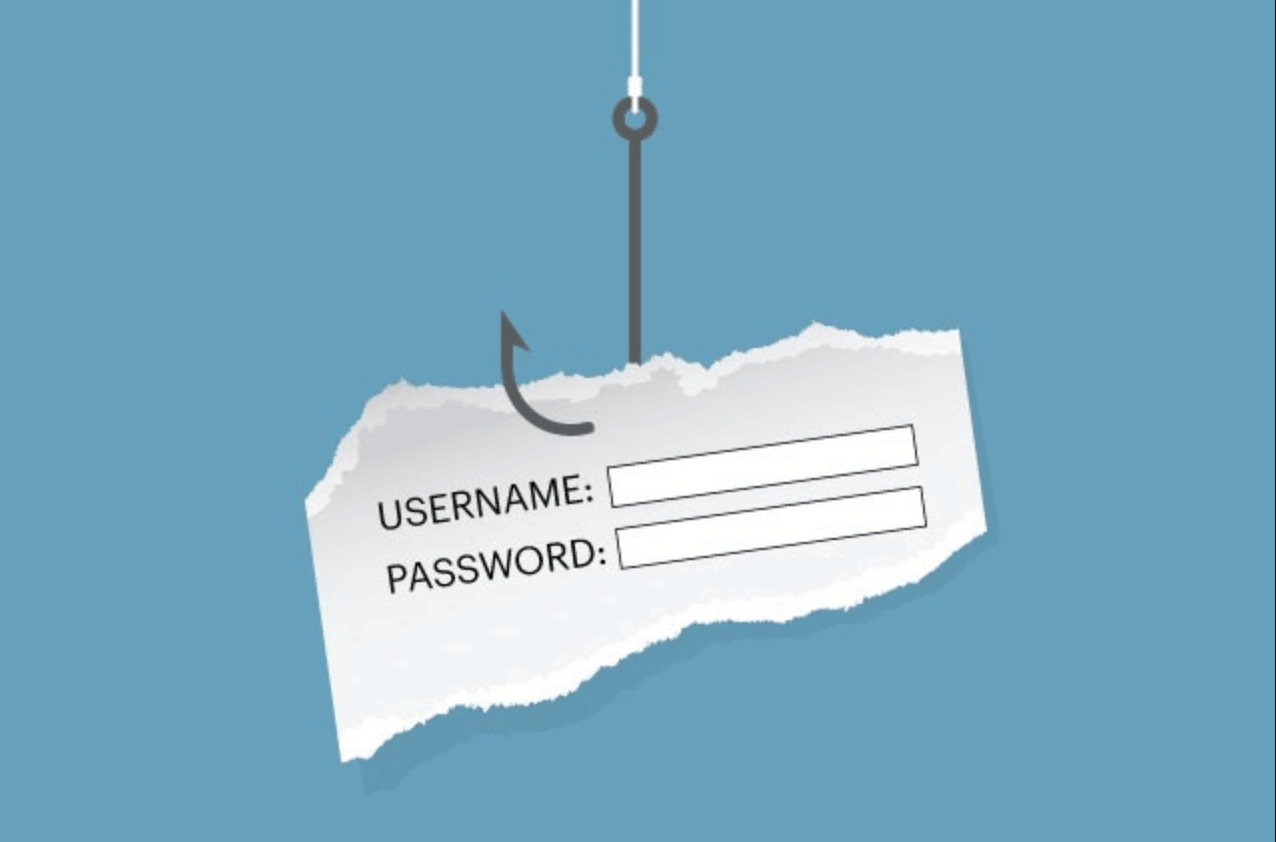 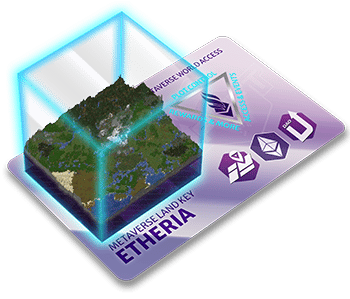 Phishing!?! The Chronaverse has Been Compromised!

Well it was a regular day just like any other on Thursday July 7th. The Chronaverse was pumping full steam ahead, and all was well.

Suddenly the Chronaverse received a telegram message by a user by the name of simply “WSB”. They were representing a wax blockchain online boxing game and they had heard my music, and were interested in using it in the game! They were curious how much I charged per song.

And so I told them — we discussed back and forth, and then came the issue of contract signing. I had done many contract signings in the past and didn’t think much of it. So he sent me a docx file for the “contract” to open — but when I tried to open it on my home pc it said it was protected — and so I tried to open it on my work computer, which had word instead of open office. Same thing.

I told them I couldn’t get it open so then sent me a .src file — claiming it was a self contained word opening file — my computer said it couldn’t detect a program to open it, and my work computer just wouldn’t open it because it couldn’t detect a program as well. Little did I know that by this time the docx had already infected both computers with a keylogger, and was recording everything I had open. My home computer had my email open, my main wax wallet, my authy, and my telegram.

It wasn’t until I went to claim my aether in R-planet and the transaction didn’t go through that I detected something was amiss. Normally, signing in and out of WAX wallet can sometimes fix this. Well, when I tried to sign back in, it would not let me. When I tried to send a recovery email it showed a different email than my own. “dapps**@gmail.com

In a panic I looked at bloks to see that the wam “5n3rg.wam” was transferring everything out of my rpiay.wam and vtjay.wam accounts into his 5n3rg.wam account — either directly or liquidating on Alcor or Defibox and sending to his account, and then to Binance.

At this point I tried signing into my main account to change my account information for my other account, not realizing it was a keylogger and simply thinking he had somehow just directly hacked that account. I cut it off from the main account and then I noticed that he had changed the recovery email and password for that account as well, and, because I was still logged into it, tried to change the password back, but he had gotten into my authy and then set it to 2fa on HIS end, effectively blocking me out of making any changes.

2FA CAN GO AGAINST YOU IF 2FA ITSELF IS HACKED. IT can also prevent you from getting your account back if they in turn put 2fa on their end.

I don’t own a cell phone — which causes its fair share of problems — but I have an online SMS spoofed phone # I use for SMS — so it’s never been an issue — had I had a phone, I could have hosted the authy on my phone and avoided this.

In addition WAX chain wallet does not provide you with the keys to recover your account like say Anchor does or other wallets, thus when I went to the WAX team to try to get my account back, they informed me that, due to decentralization they actually have no control over recovering my account, nor could they disable 2fa so I could get it back. Unlike a bank that can directly get in, decentralizing EVERYTHING means you are screwed.

MY ADVICE: Crypto personal information should be decentralized sure, but certain things, like collection transferring and account recovery, should VERY much be centralized. Everyone gets dinged by someone eventually. In addition, no account should allow a recovery email to be changed for x amt of time if a new login ip is detected. This would have solved a lot of my issues.

But the nightmare was not over.

Because I had also used my work computer, and because I work for the cable company, I figured the security on that computer was iron-clad. It was not. So I used that computer to try to do damage control — to change emails and email passwords — well he had logged that too and got into my bank account, my twitter, my facebook, my discord and telegram. He booted me out of my email, and I used their recovery method to get it back. Unfortunately they logged my entire process of doing so and was thus able to get it back once again from me — and when I tried after, he must have gone on an email deleting spree as I could not recover the account.

At that point I needed to do real life damage report as now he had access to my main email and everything associated with it. I filed a police report — I booted him out of my online banking — as he had gotten into that too — thankfully he didn’t get anything from there — i called the bank and had them freeze my account and remove any recovery email info — I called transunion which in canada deals with fraud and monitors your credit card transactions and also protects your social insurance number (ssn for americans)

I ran several virus scans on my main computer and ITHINK Igot it all — and also brought in my work computer for re-imaging. As a result however I could not trust my computer anymore and bought a new one. However when i went to do a data transfer I realized he had since hacked into my email and changed the password again — and since my old laptops login was associated with my microsoft account (as you have no other option) I couldn’t even sign into my laptop, thus locking all that info in there temporarily (places like geek squad can bypass that and I will do that eventually)

But the main damage was my crypto. I don’t think he was able to get into my coinbase as I don’t think he had access to my sms spoofer, but if he did anything in there it’s gone, although there was very little I held there.

He got both my wax accounts which meant he now could mint stuff from them as well. Chronaverse wavered between 1st and 2nd place on rplanet and the cards are stakeable — if he wanted he could mass mint cards and devalue the collection, but I believe he was more interested in immediate gain.

also all my assets were gone — all the passive incomes I had built up in other games, all my rplanet lands, all my rdao, all my aether, all my mining equipment, all my dust and dust enhancers, all my shing, all my taco, all my ark infernum monsters, my nefty, my minerals, the list goes on and on..

Well, now I had a big job to do — I had to literally change the recovery email and password of literally everything I could possibly think of associated with my main account — and some things I did not get to in time. He got into my telegram username and deleted it and made my telegram room private only and started to boot people. Then he got into my discord and locked me out of that — I had to remake all my discord rooms and remake my telegram — and since I don’t have a mobile phone some discord rooms I cannot get back into as they require mobile phone # verification — which is dumb — not EVERYONE wants to use a phone, it’s still a choice!

But the main issue was my account — what to do? Should I just pack up and walk away, or start the extremely arduous process of rebuilding? I chose the latter, if only for my fans.

The issue was however that I have no revenue — the hacker was still profiting off everything. So I started to campaign for donations — anything people could do. Track down my rplanet lands and try to give some back to me — track the hacker in blocks and see where his trails lead.. or just donate nfts or wax so I could slowly rebuild.

My fans were generous enough to give me a few things -like a borrowed rplanet wecan nft to gain some aether per hour to give me SOMETHING to stake to earn that I could convert to wax.

I also made a tweet detailing how people could help — you can find it here:

in order to get us back up to where we were chronaverse needs to raise money – once the collection is back up we'll reward donators – here's what we need:

I transparently detailed out how much wax I would need to put into ram, net and cpu for the collection to be remade — as I would need the same amount I had currently had to be able to remake all the schemas and templates to award everyone their pieces. I then notified wax and atomichub of the compromised account so it could be de-whitelisted. I then modified my web page so that people saw the disclaimer of what happened but couldn’t browse the nfts.

At this point it’s a matter of getting the wax to remake the collection, reminting literally everything, giving everyone new nfts to replace their old ones, and then whitelisting the new collection and blacklisting the old collection, and then transitioning it over into any games it is attached to, like galactic123 and rplanet. That is the current goal. I need 13k wax in total for operating costs.

This is the current status of our donations:

please donate to either of these accounts — chronaverse1 will be what the new collection is built off of on anchor — and 5wm3g.c.wam is the wax wallet used for emergencies if anchor is not working — and thank you to everyone who has donated so far!

Even if you just want to donate nfts anything is appreciated! Uplift donated some uplift stuff, uplifted donated some lands, rland donated some mining equipment to get started — this is basically a crowdfunding movement at this point, where you, the community get to help to rebuild one of the oldest collections on wax blockchain, as the chronaverse was one of THE FIRST collections on the chain!

So what can we take from this?

*The above is from the original found on Medium here.

Show Us the Billions & We’ll Raise You a World

Show Us the Billions & We’ll Raise You a World